The main challenge for pharma companies this year will be to address public concerns about drug prices and access. Although recent bioterrorism fears raised demands for life-saving medicines, the public focus has shifted to the rise in pharmaceutical expenditures and its effect on healthcare costs and on efforts by insurers and government health agencies to limit pharmaceutical coverage.

The main challenge for pharma companies this year will be to address public concerns about drug prices and access. Although recent bioterrorism fears raised demands for life-saving medicines, the public focus has shifted to the rise in pharmaceutical expenditures and its effect on healthcare costs and on efforts by insurers and government health agencies to limit pharmaceutical coverage.

In that environment, legislators and the Bush administration will find it difficult to establish an affordable prescription drug plan for seniors, particularly with Congressional elections coming in November. The industry supports proposals to shift the Medicare benefit burden to pharmacy benefit managers (PBMs) to avoid direct government regulation and price controls. Democrats prefer a government-managed benefit for all seniors. Congress may agree on a few stopgap measures to help Medicare patients gain some savings, but the economic downturn combined with heavy spending on counter-terrorism initiatives has dried up available funds.

Meanwhile, pharma companies will face a number of legislative issues in Washington that will likely affect the development, regulation, and cost of pharmaceuticals. Some of the main policy developments include:

Updating user fees. FDA's ability to efficiently approve applications for new drugs and biologics will be examined closely in the coming months as policy makers debate reauthorization of the Prescription Drug User Fee Act (PDUFA), which expires in September. There is broad interest in continuing the user fee program, but FDA and manufacturers have different proposals for change.

FDA officials acknowledge that they have been taking longer to review and approve some new drug applications, but they blame that on the burdensome performance requirements in PDUFA 2. The agency wants to boost current user fee revenues, claiming they are too low to cover all the tracking and oversight requirements in the current program. FDA also wants the flexibility to use some fee revenues to cover the review of investigational therapies, postapproval monitoring, and advertising and marketing programs.

On the other hand, industry wants to retain performance standards, making FDA accountable for meeting certain time frames during the product development and review process. The debate promises to be heated, but the program's general success during the past ten years makes compromise likely before the renewal deadline.

FDAMA and generics. The need to reauthorize PDUFA this year may give the agency an opportunity to review several other FDA policies as it did five years ago when Congress enacted the FDA Modernization Act. Any FDAMA revision is expected to be more modest than the 1997 bill, although some "modernization" initiatives are likely to surface. Those may address international standards, postapproval safety monitoring, clinical research safeguards, and measures to enhance FDA management of counter-bioterrorism programs. A new bill also may seek to clarify FDA authority to initiate prescription-to-OTC switches and to increase agency regulation of dietary supplements.

One item on the legislative reform list is revision of the Waxman-Hatch Act of 1984. Increasingly intense competition between innovators and generics makers has imposed a heavy burden on FDA and has generated costly legal battles among all parties. Generics companies would like to modify Waxman-Hatch to limit innovators' protectionist tactics and open the door to FDA approval of generic biologics. Brand-name companies are leery of reform efforts, and all sides are concerned that legislative revisions could create even more problems and confusion.

In the coming months, the Federal Trade Commission will explore those issues at a series of hearings on intellectual property and competition that arose from the commission's investigation into the anticompetitive implications of brand-generics patent settlements. Continuing pressure to expand public access to low-cost generics may build support for reform, especially with a long list of blockbuster drugs scheduled to lose patent protection in the next few years.

Protecting patents. Generics-innovator battles also are affecting patent policies around the world. Brand name manufacturers got a black eye last year when they tried to enforce patents for AIDS therapies in South Africa. Even though the companies eventually dropped the lawsuit and offered HIV therapies at cut-rate prices, the initial legal action encouraged developing nations to push through an anti-patent declaration at the World Trade Organization (WTO) negotiations in Doha, Qatar in November. Although pharma companies are simultaneously boosting R&D to develop treatments for third-world diseases and lowering prices to poor nations, the debate over patent rights in developing countries will continue.

Controlling BSE. Japan's discovery of cattle infected with bovine spongiform encephalitis revived fears about the spread of the disease to the United States. Although US officials are most concerned about animal feed and food imports, FDA is monitoring the use of bovine-derived raw materials in pharmaceuticals, medical products, biologics, and vaccines. The agency continues to weigh the need for more stringent controls as more advanced production techniques emerge for therapeutic ingredients.

Harmonizing international standards. Participants in the International Conference on Harmonization (ICH) will implement the Common Technical Document (CTD), a format for submitting standardized registration information to regulatory authorities in the United States, Europe, and Japan. The parties also will encourage both the broader use of the CTD in other nations and the development of uniform electronic data transmission systems. At the same time, the ICH will continue to develop and refine common standards for testing drugs and biologics to ensure product quality and safety and focus attention on postmarketing product safety and gene therapy research.

Stem cells and research. Policy makers continue to debate the ethical implications of research involving embryonic stem cells and cloning. Last summer, the Bush administration sought to resolve the controversy by adopting a compromise policy that permits some government funding of stem cell research, yet appeases those who consider it unethical to pursue any activity that results in the destruction of human embryos. Congress put on hold its efforts to regulate that area but revived the call for a total ban on cloning after researchers announced in November that they had succeeded in creating cloned human embryos.

Those issues will be examined further by the new White House Council on Bioethics, which will advise Bush on policies related to biomedical science and technology. The panel may investigate ways to protect human research subjects and review the consequences of limiting scientific investigation.

Rethinking manufacturing systems. With genomic discoveries generating more new medical products, FDA officials want to streamline the regulatory process by encouraging manufacturers to adopt new analytical models for ensuring the quality of pharmaceuticals. Regulators note a steady rise in drug shortages and supply problems related to closed plants and more product recalls arising from quality-control problems. Pharma companies are implementing innovative quality assurance technologies in Europe and Australia, but they are reluctant to use new systems in the United States because of regulatory concerns. FDA officials hope to change that attitude by developing policies that encourage shifting from continual batch sampling to science-based quality evaluation methods. The change ultimately would reduce FDA's oversight burden while making the manufacturing process more efficient and less costly. In the long run, those developments could make pharmaceuticals more affordable. 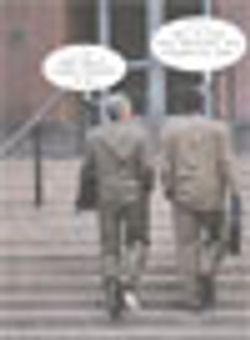