The Cleveland Clinic once again ended its Medical Innovation Summit with a list of 10 advances voted most likely to have a major impact on improving patient care in 2015. Cleveland Clinic physicians and scientists share similar excitement as Pharm Exec's 2015 Pipeline Report in picking PCSK9 inhibitors for cholesterol reduction, immune checkpoint inhibitor cancer therapies, and heart failure treatment angiotensin-receptor neprilysin inhibitor as No.'s 4, 6, and 10 on their list. Here are a few other top 10 highlights.

Why it's needed: Stroke is the fourth leading cause of death in the US, with nearly 800,000 people suffering one each year. For stroke treatment, every second counts, and the ambulance ride could be too long.

How it works: Linking paramedics to neurologists via broadband video will save valuable time enabling stroke detection and administration of tissue plasminogen activator (t-PA) to patients while en route to the ER.

Why it's needed: Fifty million to 100 million people contact dengue virus each year in tropical regions, with undeveloped and develop nations affected. The virus is the fastest growing of all mosquito-borne tropical diseases. A vaccine must target serotypes 1, 2, 3, and 4, which vary in prevalence around the world.

How it works: Sanofi's live attenuated tetravalent vaccine is a yellow fever/dengue chimeric vaccine based on a yellow fever vaccine strain genomic backbone with substitutions of two genes encoding dengue proteins (according to denguevaccine.org). The vaccine has shown protection, though varying, to the four serotypes. Sanofi has said that it will start filing regulatory applications in early 2015 and commercialization later in the year. The company hopes to ultimately reach patients in 100 countries.

Why it's needed: Since 1958, pacemakers have relied on leads, or thin wires, that are inserted through a vein and stretch to the heart to detect the patient's heart rhythm. Leads can become problematic, breaking, cracking, or they can be sites of infection.

How it works: The next advance in pacemaker technology may be a vitamin-sized, self-contained, wireless cardiac pacemaker, which is implanted directly in the heart without surgery. The device's lithium battery life is estimated at seven years.

Why it's needed: Following lumpectomy, despite the chances of recurrence, women often fail to receive enough follow-up external beam radiation therapy due to excessive burdens like cost or the need to travel long distances to their radiation facilities. Radiation therapy often requires five visits a week for three to six weeks.

How it works: The high dose of radiation is administered following excision—during the surgical procedure—via an applicator. At about one-fifth the cost of traditional radiation treatments, the method delivers a single high dose directly to the former site of the tumor around the lumpectomy cavity, and the applicator is removed after 30 minutes. Recurrence levels from clinical trials in patients with early-stage breast cancer have shown IORT to be as effective as whole-breast radiation with reduced rates of skin toxicity. 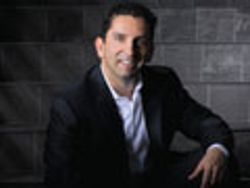 Marketing: Ready for the Next War? 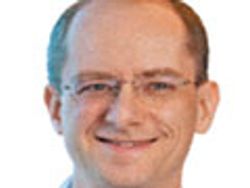 What's Wrong with the Annual Sales Kickoff: And How to Fix it 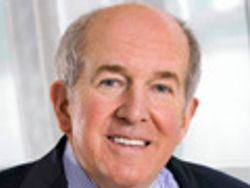 2014: Reading Between the Lines