The slow speed of uptake for innovative medicines in Europe has long been a bugbear for the pharma industry. While new drugs are available in the United States pretty much immediately after FDA gives them a green light, they face a whole collection of further regulatory and pricing hurdles to clear in the European member states. But there are signs in the United Kingdom of a political will to change the situation.

Lord Darzi—professor of surgery at Imperial College London and also under-secretary of state in the Department of Health—has been charged by government to come up with a vision for the future of the National Health Service. While his final report is not due until June 2008, Darzi has released some early pointers toward what it will contain.

Among a raft of recommendations about availability of primary healthcare and extending family doctors' surgery hours, there is one that has made pharma industry executives prick up their ears—the Health Innovation Council.

Darzi is to chair this council himself. With the help of a substantial investment of up to Â£100 million, its mission is to be the "overarching guardian for innovation from discovery through to adoption" and to hold both the Department of Health and the NHS to account for taking up cost-effective innovation. The council will be made up of senior figures from the NHS, academia, and industry.

"I want to see the UK become a world leader in pharmaceutical and medical technology research and development so NHS patients have access to the best innovative treatments and services," Darzi says. "It will provide leadership and advocacy with key decision makers within the NHS on the benefits to patients, the NHS, and the country of adopting cost-effective new technologies."

Pharma has welcomed the announcement as a positive step. "The NHS currently has good mechanisms for stopping things coming into use, but we now have strong indications from government, with the Darzi report, that innovation should be embedded more in the NHS," claims Richard Barker, director general of the Association of British Pharmaceutical Industry (ABPI). "I think the climate may be changing, and the government is now sensing that it is not good that innovative medicines do not get to patients very quickly in the UK. I may be being over-optimistic, but with the Health Innovation Council suggested by Darzi, maybe the NHS is finally realizing that the uptake of innovation is important."

Other industry figures gave it a more cautious welcome. Chris Round, managing director of Merck Sharp & Dohme UK, thinks Barker probably is being overly optimistic. "The uptake of innovation is currently at a low in the UK," he says. "In the past five years, it has probably slowed down to the tune of 30 percent. The UK is perceived by most of our head offices as a good place to do research, but not a good place to get on to the market and into patients early. We will have to see if Darzi's proposals will help."

Sanofi-Aventis UK managing director Nigel Brooksby agrees. "I would have hoped that in the past few years the speed of uptake of new medicines would have increased, but it is slowing down," he says. "Although the UK remains extremely good at attracting what's behind the innovations, this has been less good."

One of industry's main complaints about the uptake of innovation is that the drugs bill is seen as an easy target in cost-cutting, and delaying the introduction of new medicines is a particularly simple way of saving money. While there has been heavy investment in the NHS in the past few years, much of this has vanished into the salaries of consultants and a large layer of well-paid middle management.

"The medicines bill has to be put into the context of the overall healthcare spend," says ABPI's Barker. "In the UK, we have an average per capita level of healthcare spending, but the spend on medicines is well below average." He adds that the primary care trusts, which are responsible for healthcare spending at a local level, are unable to budget for new medicines because they don't take a long-term view—they budget only in the short term. This fundamental area of being able to find the money to pay for innovations is one area that the new council will have to address.

Brooksby agrees that this short-term thinking cannot be good for the long-term sustainability of either healthcare provision or the pharma industry. "It would be easy for me to run my company to make a huge profit for the next few months," he says. "But there wouldn't be much of a company left next year!" 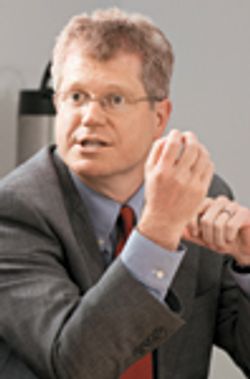 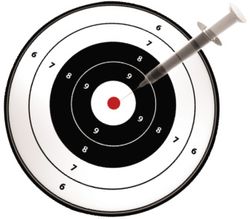 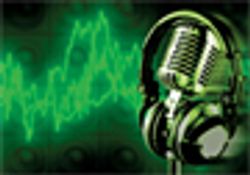 Reach for the Radio