In addition to overhauling healthcare, Congress is weighing proposals for updating FDA policies and expanding access to drugs.

Despite the economic crisis and the soaring federal budget deficit, President Barack Obama maintains that reducing the number of uninsured and improving the quality of American healthcare will support economic recovery. The Obama health reform campaign was launched in February, when Congress approved the economic stimulus package. That bill boosted funding for Medicaid, provided support for laid-off workers, and funded health IT and research initiatives slated to make the nation's healthcare system more efficient.

The next round won't be as easy. The administration's preliminary budget plan for fiscal year 2010 proposes to establish a $634 billion reserve fund to support healthcare reform over the next decade. However, the proposal to get half the money from tax increases on the wealthy immediately met resistance from both Democrats and Republicans. Congressional leaders seem reluctant to finance expanded coverage by assuming future savings—which means that a lot of money will have to be found, now, for any major health system change to be implemented.

Pharma is slated to do its part by paying higher rebates for drugs purchased by state Medicaid programs. The budget plan seeks to raise almost $20 billion over 10 years by boosting rebates from 15 to 22 percent and revising the system for calculating payments. The administration also promises to boost generic drug utilization by prohibiting "collusion" between brand-name and generics companies to keep generics off the market, and by establishing a "workable regulatory, scientific, and legal pathway" for the approval of generic versions of biologic drugs. The plan projects only $9 billion in savings from follow-on biologics, which acknowledges support for an exclusivity period that maintains incentives for innovation.

A Seat at the Table

These initiatives and others were discussed at a White House health reform summit last month, the first in a series of regional gatherings in which healthcare constituents voiced wide-ranging views on how to expand coverage, cut costs, and improve care. At the initial summit, members of Washington's healthcare circles pledged to earn a seat at the table by agreeing to accept some painful changes.

Despite all the talk of coalition-building, cracks have already emerged in the united front for health reform, with Republican leaders voicing reservations about a government-run health plan option, a "show-stopper" for insurers and employers. Meanwhile, two leading unions dropped out over disagreements about the public-plan option and employer mandates. Fears are that such rifts will widen as details emerge for cost-cutting and coverage requirements.

The White House summit served as a signal to Capitol Hill that it should get ready for the big reform push. Senate Finance Committee chairman Max Baucus (D-MT) and Senate Health Committee chairman Edward Kennedy (D-MA) set a June date for marking up reform legislation in order to have a bill moving forward by summer. In the House, the chairmen of the three committees with jurisdiction over healthcare policy pledged to coordinate efforts in order to approve similar legislation before the August recess.

As the healthcare reform debate moves forward, legislators are weighing dozens of health-related initiatives. First up for House Energy and Commerce Committee chairman Henry Waxman (D-CA) is a bill to put tobacco marketing under FDA control. This measure has been approved at different times in both the House and Senate, and could move through Congress quickly. Philip Morris and anti-tobacco advocacy groups back the measure, while smaller tobacco companies oppose it. Some public health groups complain that the measure doesn't go far enough, while medical product makers fear that tobacco oversight will be a huge burden on an already overloaded agency.

Follow-on biologics are back on the front burner, with Waxman sponsoring new legislation featuring a very low five-year period of exclusivity, plus a process for resolving patent disputes early on. The bill gives FDA authority to collect user fees from biosimilar applicants and to determine what clinical trials and postmarket studies are needed for interchangeable "biogeneric" products as well as regular biosimilars. Generics makers, pharmacy benefit managers, payers, and consumer groups have cheered the prospect of lower cost biotech therapies. However, Big Biotech has said that Waxman's proposal jeopardizes future R&D. Industry greatly prefers an alternative sponsored by Rep. Anna Eshoo (D-CA), which offers 12 years of market exclusivity and makes it much more difficult for a generic to establish interchangeability.

And it looks like Congress may give patent reform another try. The leaders of the House and Senate Judiciary Committees have introduced revised versions of legislation that was approved by the House last year but stalled in the Senate. Pharmaceutical companies, which back heavy penalties for infringement, have complained that the new bill erodes patent protections and makes it too easy to copy medical products. Computer and high-tech companies back the proposed limits on damages for infringement, which they hope will discourage patent suits. The legislators want the warring factions to agree on an equitable approach to calculating damages, and there's hope that the dire need for reform of broader patent issues will bring about compromise.

The lead proposal to overhaul food and drug oversight is the FDA Globalization Act, sponsored by Rep. John Dingell (D-MI) along with Rep. Frank Pallone (D-NJ), head of the E&C Health subcommittee, and E&C Oversight subcommittee chair Rep. Bart Stupak (D-CO), who has been investigating FDA import and inspection failings for several years. Pallone says he plans to hold hearings on the legislation and to move it through committee simultaneously with health reform measures.

The bill authorizes FDA to inspect foreign drug manufacturers every two years, to block questionable imports, and to crack down on those that fail to comply. FDA would gain the power to recall, destroy, or detain unsafe or misbranded goods, to subpoena records, and to impose criminal penalties for drug counterfeiting—a power long endorsed by pharma and legal authorities. All registered manufacturers and importers, including generics manufacturers, will have to pay user fees to support the broader oversight program. Manufacturers will ensure the integrity of product supply chains through electronic pedigrees. The goal is regulatory "parity" to ensure that lax oversight and fewer inspections are not a reason for manufacturers to shift sourcing and operations from the US to Asia.

Ironically, legislation that increases FDA oversight of foreign drugmakers may re-open the drug reimportation window. Several leading senators have proposed a bill that promises to save $50 billion over 10 years by permitting nationwide re-importation of prescription drugs. However, all imports would have to come from FDA-approved manufacturing plants in Canada, Europe, Australia, New Zealand, and Japan—a requirement that anticipates more frequent foreign inspections and a drug pedigree system.

The delay in appointing a secretary of Health and Human Services (HHS) has not diminished contentions from the White House that healthcare reform is on track for this year. Nancy Ann DeParle is settling in as White House healthcare reform czar, while Office of Management and Budget director Peter Orszag has been making the administration's case for reform on Capitol Hill with Congressional Budget Office chief Douglas Elmendorf. Ezekiel (Zeke) Emanuel, previously head of the National Institutes of Health bioethics office (and brother of White House chief of staff Rahm Emanuel), rounds out the team as Orszag's right-hand man in crafting reform options. With any luck, Kansas governor Kathleen Sebelius will soon be heading up HHS, and FDA will have a new commissioner. 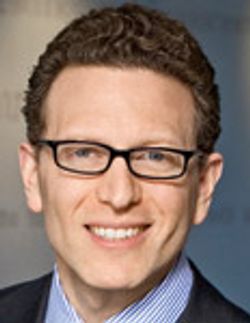 A Season in Financial Hell 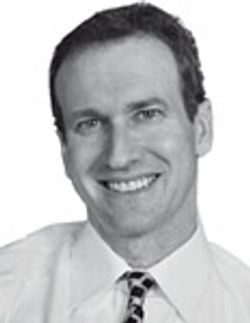 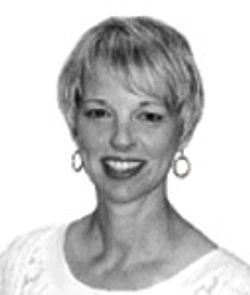