More Than a Game of Keep Away

Industry self-policing may be the only way to stop state Legislators who want to ban sales Reps, and even whole companies, from using Prescribing information.

FOR Well Over A Decade, Pharmaceutical Representatives have had access to detailed information about the prescribing habits of the individual physicians they call upon. During that time, some physicians have protested—sometimes quite vehemently—that reps know too much about what they prescribe. State legislators have been listening. They have introduced a number of bills to keep all prescribing data away from salespeople—and sometimes away from whole companies. Now the American Medical Association (AMA) is seeking a compromise. On July 1, the AMA will introduce new procedures to give physicians some control over who sees information about the type and number of prescriptions they write. The Prescribing Data Restriction Program (PDRP) will take data away from reps and their direct supervisors, but leave it available to the company for marketing, compensation, and research. The rules allow the industry to retain access to prescribing data for most purposes, but they require companies to police their own sales forces. If they succeed, legislators will turn their attention elsewhere, and the industry can hang onto one of its most valuable data sources.

By enrolling in PDRP, individual physicians in the United States can prevent sales representatives and other pharma employees who contact them from accessing information about their prescribing practices. The goal of the program is to strike a reasonable balance between the interests of those physicians who object to sales representatives knowing individual doctors' prescribing history and the interests of many other stakeholders (pharmaceutical companies, public health agencies, academia, and consumers) who benefit from insight into physicians' prescribing decisions.

For this to work, major players must regulate themselves, especially pharmaceutical companies and Healthcare Information Organizations. (HIOs are companies that acquire, aggregate, analyze, and resell prescription data and other medical information.) If the industry cannot police itself effectively, state legislatures are likely to pass laws banning reps' access to prescriber data. Legislation has been introduced in several states this year, but the prospect of the PDRP program has stalled most of the bills. Only effective self-regulation can keep such laws off the books.

The Crux of the Issue

Tracking physicians' prescribing behavior for marketing purposes is hardly new. Enterprising detail men were gathering data bit by bit from doctors and pharmacists in the 1940s, and some successful reps maintained such informal data sources in their territories over the course of years and decades. As database technology became more sophisticated and affordable, HIOs created systematic, nationwide directories that picture any given doctor's prescribing habits, broken down by product and volume of prescriptions. Such databases have been available for license since 1993.

From the beginning, HIOs have recognized the privacy rights of patients. They have always taken pains to work only with de-identified patient data. An individual prescription discloses little about the physician who wrote it, and from a legal perspective, does not constitute personal information about the prescriber.

While laws protecting personal health information of patients are constitutionally founded in principles of privacy, business or professional information has not received similar protection under federal and state court decisions in the United States. Thus, experts in US privacy law assert that collecting, releasing, and using a physician's prescribing information has been—and remains—perfectly legal. Denying the public access to professional information could set a dangerous precedent and hinder informed decisions about healthcare providers.

But such legalities do not comfort physicians who feel they have a right to keep their prescribing information private. Nor has a legal explanation appeased doctors who argue that sales representatives inappropriately pressure them to write a drug. Although physicians have not made many formal complaints to the AMA—at least compared with the millions of sales calls made each month—physicians complain bitterly about sales representatives who wave data in their faces and point to discrepancies between what they said and what they wrote. Imagine the challenge to a physician's professionalism when he or she is told, "You promised me last month that you would write more of my product, but based on your prescription volume I can see that you haven't. Why is that?"

The Genesis of the Program

The PDRP did not spring to life overnight. It evolved, with support from the industry and HIOs, from "Best Practice Guidelines for Use of Prescribing Data by Industry," published by AMA in 2001. The guidelines support the confidentiality agreements that pharmaceutical companies enter when they purchase data from HIOs. They encourage pharmaceutical companies to, among other things, "Keep prescribing data confidential and expressly prohibit disclosure of prescribing data by sales representatives to any other party."

Although the guidelines attempted to prevent misuses of data and to preserve the inherent value of the information to other healthcare constituents, they did not entirely succeed. Some sales representatives did misuse data and, as a result of this behavior, physician complaints and negative sentiments intensified.

In 2004, several national and state medical societies, led by the American College of Physicians, formally requested the AMA to prohibit the release or sale of physician prescribing information. In order to gauge the severity of the issue and attempt to develop a solution, the AMA polled hundreds of America's physicians to determine their attitudes on the subject. The AMA Board of Trustees considered the findings of the survey and the floor discussions in the AMA's House of Delegates, and listened to representatives of the healthcare industry, as well as HIOs. Ultimately, the board recommended that a program be created to:

This opt-out mechanism has grown into the PDRP. In addition to providing physicians with a choice about having their prescribing data released to reps, the AMA is in the process of refining and strengthening its best-practice guidelines. The revised guidelines further clarify appropriate uses of prescribing data and set forth certain expectations for representatives' behavior. The thinking is that by providing physicians with real options and by cutting down on the number and frequency of data abuses that physicians encounter, fewer physicians will want to enroll in the restriction program. Stricter enforcement of the guidelines, coupled with active self-monitoring on the part of pharmaceutical companies, can only help the situation.

Making the Case to Physicians

How many physicians choose to participate in the program remains to be seen. To make sure that physicians have all the facts before they decide whether to enroll, the AMA will be communicating with all of its members and affiliates beginning this month. In these communiqués, the AMA will explain what options are open to physicians, and emphasize the important role that prescribing information has in the healthcare market.

Although the industry has not actively promoted the usefulness of compiling and releasing prescribing data, physicians and the public have a vested interest in doing so because the data can:

Support appropriate levels of drug sampling If companies could not tell which physicians most needed samples, they would likely distribute them evenly, with the result that some physicians would have too many, and others too few. Again, this would add costs to the system and fail to support patients' needs.

Help prioritize the release of public safety news alerts Based on physician prescribing details, companies can identify which physicians need to be contacted first in the event of a newly identified side effect or a product recall.

Give physicians a unique view of their own practice HIOs are piloting information products to physicians (as recommended in the 2004 AMA board report) that can reveal important facts about a physician's own practice: the degree to which patients comply and persist with treatment, patients' use of generics, and how the physician's prescribing practices compare with those of his or her peers. The data can also be used to provide valuable information for pay-for-performance systems that drive improved clinical practices.

The initial program of this type is currently being piloted in California. Commenting on this initiative, Jack Lewin, MD, CEO of the sponsoring California Medical Association said, "We are optimistic that this program can put doctors on a more level informational playing field, grant them better insight into their own practices and those of peers, and ultimately lead to better patient care through better use of information."

Similarly, what is not widely known is that the pharmaceutical industry's commercial interest in the data ultimately makes possible a variety of other research applications. The industry underwrites the substantial costs that HIOs incur when collecting and processing the information. Without this support, the data would not exist for use in:

In general, prescribing data accelerates healthcare innovation and ultimately enables patients and providers to make better healthcare decisions. One of the hottest healthcare initiatives at the federal level is a push toward greater transparency of current healthcare practices. The public needs to be able to track and identify the quality of care and efficiency of practitioners. Banning access to prescriber information could reduce the benefits to consumers. Providing prescriber information to researchers, teaching hospitals, and diseases advocacy groups also helps consumers gain access to information about services, quality, and price within the healthcare market. Physicians and consumers alike are empowered to improve their healthcare decision making.

Physicians will have to choose whether to enroll in PDRP. The industry and HIOs can help by educating them on the broader implications of that decision.

First and foremost, it is important for the industry that individual pharmaceutical companies comply in letter and spirit with the requirements of the PDRP. Companies that interpret their data-use contracts too narrowly will sabotage the success of the program and pave the way for legislation that imposes stricter measures on the industry. Such legislation, which would ban the use of prescribing data for marketing and other commercial purposes, has been introduced in six states, but the prospect of PDRP has stalled it in four.

As it stands today, the PDRP still allows the industry to use prescribing data to make critical business decisions in marketing and sales management. The PDRP restricts only data about physicians who enroll in the program. The industry will be best served if each pharmaceutical company adopts a company-wide strategy to ensure that it respects physicians' wishes—rather than simply implementing a technical plan to manipulate data according to a contractual obligation.

Each pharmaceutical licensee should:

The most important aspect of the PDRP cannot be read in the text of the regulations. Taken as a whole, the PDRP is a call for pharma to refine the approach companies currently take in their interactions with physicians. While few within the pharmaceutical industry will applaud the PDRP as a welcome turn of events, it is important to consider the program in context. First, it satisfies a long-expressed desire on the part of the industry's customers. Second, it serves as a workable alternative to more restrictive legislation and should deter professional organizations from seeking such measures. Third, even though it limits reps and their supervisors from accessing data on some physicians, it nonetheless enables companies to continue to run essential business applications that rely on prescriber data.

It is now up to the industry to see that the AMA PDRP satisfies physicians' desire for privacy. Successfully implementing the program will stem the call for further restrictions. Physicians, public health agencies, academia, and patients are all depending on manufacturers to regulate themselves.

Full details of the program will be available via AMA Database Licensees (DBL). Here are the highlights: 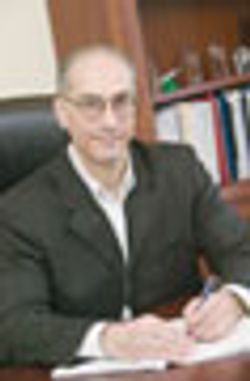