Assessing the value of industry.

Stepping into a new role, I look back at how the industry has evolved over the past two decades. It reminds me of the importance and value of drug development, and the part Pharm Exec plays in helping leaders advance their good work.

When I was interviewing for the managing editor position at Pharmaceutical Executive in the fall of 2003, I clearly remember sitting in the editor-in-chief’s office and him asking me if I had anything against pharma. It was a valid concern. A 2007 article (https://bit.ly/3fGu3du) on Outsourcing-Pharma.com that highlighted a recent PwC report at the time stated: “The report highlights the fact that no other industry’s reputation suffered as badly as that of the pharmaceutical industry during the years 1997–2003. While 79% of survey respondents believed the industry was serving its customers well in 1997, this had plummeted to 44% by 2003.”

Of course, my answer to the editor was no, I did not have anything against pharma. In fact, I was a believer in medicine. My mother was a registered nurse and my dad had worked his entire career at the New York City Department of Health. I also had an uncle who worked for Merck and gave us a copy of the PDR, which sat next to the dictionary and encyclopedias on our bookcase.

I eventually was offered the job and learned a great deal about the industry in those days—from the rising concern of counterfeit drugs to Medicare Part D’s doughnut hole. As opportunity knocked, I took a break from the pharma industry to work for consumer publications, continuing to manage any health content.

Then in the summer of 2019, I received a call asking to rejoin the staff of Pharm Exec as senior editor. The magazine had been bought and sold several times since I had been there, but I fondly remembered my time on the magazine and was eager to accept. Little did I know what awaited me. Within the year, COVID-19 surfaced, and our staff was knee deep in coverage of the companies hard at work to find treatments and vaccines to fight the virus. I’ve had the privilege of speaking with some of the great minds involved in creating those therapies over the past two years, and my belief in medicine has been renewed.

As I move into the editor-in-chief position at Pharm Exec, I’m happy to see pharma is earning its way back into the reputation spotlight—it ranked No. 8 in the 2021 Global RepTrak 100, and The Harris Poll reported a 55% approval rating in its October 2021 data. As the industry continues proving its worth, we will continue to bring you insights that can help advance the way leaders think. We’ve all learned over the past couple years the importance of collaboration and sharing ideas, and Pharm Exec is a great forum for that. I encourage you to follow us on social media (LinkedIn @Pharmaceutical Executive, Twitter @pharmexec, Instagram @pharmexecutive) to read our latest updates, visit our website for additional content, and check out our podcast for a deeper look into the people who keep this industry spinning. 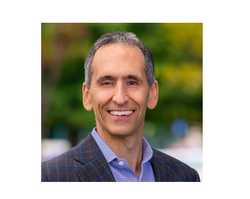 As Change Continues, Are You Digitally Fit For the Future? 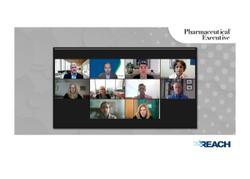 Ready for Pharma’s Next Chapter 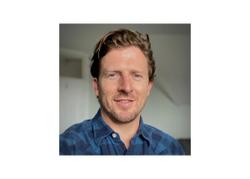 The Tech Perspective: Coordinating a Plan of Engagement