Is it time to view cell therapy companies differently on Wall Street-even distinct from biotech?

The second half of March gave us two revealing captions for our updated sketch of the CAR-T space, which has already provided enticing early clinical results and staggering investor intrigue. Treatments using the chimeric antigen receptor-engineered T cells (CAR-T) have impressed so far, targeting various cancers including acute lymphoblastic leukemia, chronic lymphocytic leukemia, B-cell lymphoma, and others. First, Juno released its yearly 10-K to raised eyebrows. An $182 million R&D spend in the fourth quarter of last year caused a collective double take from the investment community. Then, after brushing off Juno's reveal, and in a display of defiance to "bubble" grumblings, rival Cellectis coolly pulled in $228 million in its initial public offering.

Confidence is high for CAR-T, and the sentiment spans to other cell therapies and gene editing tools for oncology and regenerative medicine. The sense that these technologies are just beginning to hit their stride has researchers and investors comparing themselves to the trendsetters of the early biologics era-with perhaps an even greater level of exuberance given the potential of real cures.

If you're one who tracks indexes, and thinks of companies in bins like large cap, mid cap, small cap and draws the distinction-biotech vs. pharma, you have cell therapy companies classified as biotechs, with expanding caps, no doubt. Granted, they are developing biological therapies, but delivering cells is a whole new beast from delivering monoclonal antibodies.

How different are these companies? How revolutionary is this space? How much do manufacturing, logistics, corporate culture, etc. vary from biotech? And of course, if we really do see cures, how different will pricing and revenues look?

Today, the biotech vs. pharma fence remains somewhat divisive. For some companies, the terms paint a historical context, but sensibly, biotech vs. pharma is largely in name only. Big Pharmas have biologic therapies. Biotechs develop small molecules.

When biotechs hit the runway, they were drastically different from traditional pharmaceuticals. Biotechs invoked a West Coast, shorts and sandals attitude in contrast to the East Coast starched collars of pharma. Companies were smaller, the science was bigger, manufacturing was a new breed, and investing was volatile. But more importantly, their drugs were huge, both the molecules and the markets, with astounding results for patients, and price tags to match.

So far, I've yet to see any distinct cultural difference with cell therapy companies-let me know if any stereotypes do exist. But do the string of massive IPOs, and Juno's enormous 4Q receipt start to paint a picture of a space with drastic strategic differences from traditional pharmas and biotechs?

First, the technology is different. Though remaining in the realm of biological systems, culturing, treating, and delivering cells, either autologous or allogeneic, is entirely different from biotech treatments. Companies developing cells as therapies are challenged by issues like quality and assurance at entirely new levels. "Know your cells" is something said at cell therapy conferences, especially when a company has to undertake scaling up from treating perhaps dozens of patients in Phase I trials, to hundreds and more. Additionally, cell therapy makers talk of cell counts and thresholds rather than dose and toxicity levels.

Second, many cell therapies will require a whole new level of logistics for delivering treatments to patients around the world. Extracting tissue from a patient, sending it to a lab for treatment, and delivering it back to the correct patient, all with cold chain storage, generates myriad levels of complexity when scaling up for large patient populations.

With some of these factors in mind, it's not difficult to imagine why some startup or buildup costs could be much bigger than anything Amgen or Genentech had to deal with early on. $182 million spent in three months won't be the norm for Juno every quarter, but other cell therapy companies will likely rack up big bills.

Due to early stage costs, there's a push for cell therapies and regenerative medicines developers to receive certain regulatory graces. If Japan's experiment with offering early conditional marketing approval based on safety and some minimal evidence of efficacy is productive, cell therapy firms could operate under different regulatory conditions than pharma and biotech in other nations.

Finally, as cell therapy and gene editing developers really start to use the "c" word-cure-pricing experts and payers will have to rethink the model that served pharma and withstood the biotech revolution. Will this change the way cure manufacturers will approach revenue? Will blockbusters be judged, not by their yearly status as billion-dollar blockbusters, but their 10 or 20-year status for multibillion dollars via annuities?

So we ask, (as a magazine whose very title pays homage to the suit and tie world of pharma), do we need to look at cell therapy companies differently-even distinct from biotech? Are cell therapies, gene editing, and regenerative medicines emblematic of a revolutionary period on par or greater than what biotech signified to pharma? Do companies offering cells or gene editing therapies rather than antibodies come with different enough profiles to ride their own NASDAQ indices? Or better yet, do companies who can bring real cures deserve their own stock exchange grouping?

Casey McDonald is Pharm Exec's Senior Editor. He can be reached at cmcdonald@advanstar.com 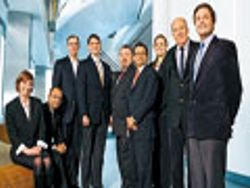 The New Health: Navigating with Nash 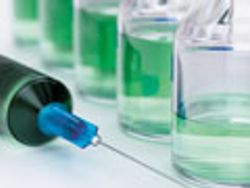 Biosimilars in the US: Five Potential Sticking Points