Finger pointing has begun in earnest, as Congress tries to decide who ignored what warning, who silenced what staff scientist, and who broke what law. But recent events also raise real long-term issues for industry.

It's been a tough season for drug safety: FDA's long-awaited analysis of antidepressant use in children found that there were indeed safety issues; one of the world's best-selling drugs was pulled from the market; and the United States lost half of its flu vaccine supply when a plant was shut down over manufacturing concerns.

Finger pointing has already begun in earnest, as Congress tries to decide who ignored what warning, who silenced what staff scientist, and who, if anyone, broke what law. But the trio of events raises some important issues that government officials and industry leaders will be dealing with for a long time to come. Chief among them:

Behind these questions looms a larger one that promises to become a central issue for policymakers: Have efforts during the past decade designed to accelerate drug approval and streamline research requirements been a mistake? If that is the case, is it then time to return to a tougher, older-fashioned approach to safety?

The debate over antidepressants has escalated all year, since evidence surfaced that FDA and manufacturers had failed to make public adverse event data on the use of selective serotonin reuptake inhibitors (SSRIs) by children. The issue grabbed public attention in June when New York Attorney General Eliot Spitzer brought a civil suit against GlaxoSmithKline for withholding data on Paxil (paroxetine).

In Congress, the Senate Finance Committee, which was already investigating FDA, focused on the question of whether the agency acted improperly in withholding information about SSRI adverse events. The House Energy and Commerce Committee grilled manufacturers and FDA officials at two hearings in September. A joint meeting of FDA's advisory committees for psychopharmacologic and pediatric drugs recommended that antidepressants carry a black box warning on the possibility of suicidal behavior in young patients. In October, FDA carried out the recommendation, requiring that 32 antidepressants carry a black box warning and provide MedGuides through unit-of-use packaging. The policy rules out DTC broadcast promotion and reminder ads for these products.

The SSRI debate has raised genuine concerns about the conduct of clinical research and FDA oversight of the process. One troubling set of questions emerged over FDA's program to grant additional marketing exclusivity to companies that perform certain pediatric trials. Robert Temple, director of FDA's Office of Medical Policy, explained to the House panel that sponsors generally design studies "with good intent and according to high standards," but he noted that the failure of a supplemental pediatric study to show efficacy is not nearly as devastating as failure in a similar trial pre-approval. As a result, companies may sponsor too few studies to obtain clear results or recruit too few patients who fully meet enrollment criteria.

Temple says FDA will require future pediatric studies of antidepressants to have three arms that compare the test drug to both placebo and fluoxetine. This will show more clearly if poor results arise from an ineffective drug or a poorly designed study. FDA and other regulatory authorities also are reviewing adverse-event databases to see whether the SSRI effects found in children also show up in adults. Until now, researchers have not found data indicating increased risk of suicide in mature patients but don't know why there should be an age-based difference.

Congressional analysts expect to use their experience probing antidepressant safety in investigating Merck's decision to pull the COX-2 inhibitor Vioxx (rofecoxib). Legislators have already pounced on FDA for not being quicker to disclose concerns about side effects and "silencing" an agency staffer who was studying the issue.

Analysts estimate that about 20 million US patients have used Vioxx since its approval in 1999, and almost 100,000 individuals had some cardiovascular event after taking the drug for more than 18 months. Liability claims could exceed $10 billion.

Ironically, COX-2s dominated the pain relief market in the last five years because they don't cause the ulcers and gastrointestinal bleeding that aspirin and ibuprofen sometimes do. But FDA approved COX-2 inhibitors based on clinical trials running less than a year, and the serious side effects, including elevated blood pressure, cardiovascular events, and liver toxicity, did not appear until months later.

The fallout from the Vioxx issue may be extensive. Industry critics point to Merck's aggressive DTC advertising for boosting Vioxx use despite safety concerns. Pfizer and other COX-2 marketers are trying to distance their products from Vioxx, but medical experts in the United States and Europe are calling for a thorough examination of the whole class. Congress plans hearings next year on drug safety issues; they are likely to revive proposals to establish a post-marketing safety agency separate from FDA's product approval process.

The larger question is how much long-term safety data is needed to confidently market a therapy that patients are likely to use for years. Merck obtained conclusive data on Vioxx's problems only after sponsoring a three-year post-approval study to test the product's efficacy in preventing recurrence of colorectal polyps. The company halted a trial of 2,600 patients after 18 months, when preliminary results revealed that 3.5 percent of patients taking Vioxx experienced thrombotic events, compared to 1.9 percent in the placebo arm.

Although the Vioxx experience may spur calls for more long-term safety data on new COX-2 drugs coming down the pipeline, proposals to increase the length of studies and number of patients tested always create a dilemma. Overly extensive data demands can block a new drug from the market if trial costs escalate too much, but new drug approvals based on limited data can subject FDA and marketers to criticism if safety problems later emerge.

For some time now, the US healthcare system has been plagued by shortages of vaccines during flu season. Observers describe the nation's vaccine supply system as "very fragile" and "unreliable," characteristics that have escalated with the departure of major pharma companies from the vaccine business. Flu vaccine shortages in 2000 and 2003 prompted the Centers for Disease Control and Prevention (CDC) to ramp up supplies for this year, particularly to meet growing demand generated by the government's own campaign encouraging more patients to get a shot.

A key element in CDC's efforts involved signing up San Francisco-based Chiron to provide 40 million or more doses of flu vaccine this fall from its newly acquired Liverpool plant. The plan fell apart when British regulatory authorities suspended the facility's license because of "issues with systems and processes" designed to ensure product quality. While Britain stood to lose less than 20 percent of its flu vaccine supply-an amount that other manufacturers could fill-the shutdown is devastating to the United States, which had relied on Chiron for about half of its order of 100 million doses.

FDA officials, caught by surprise, rushed to England to see if there was some way to salvage any vaccine. Agency investigators had inspected the Liverpool plant in June 2003 and found what they thought were correctable manufacturing problems. At that time, there was no evidence of contamination in finished vaccine, and Chiron said it would fix the quality-control shortcomings. But the British plant had a history of manufacturing problems, and although Chiron spent $75 million to upgrade the facility after buying it from PowderJect Pharmaceuticals in 2003, it may have been pouring money down a sinkhole.

In August, Chiron acknowledged contamination problems with actual vaccine lots, but it assured FDA that the situation was easily remedied. In fact, just days before the shutdown, CEO Howard Pien told a Senate committee that Chiron had addressed its contamination issues and would deliver vaccine as promised. Agency officials were awaiting a Chiron report when Britain's Medicines and Healthcare Products Regulatory Agency closed the plant for three months because inspectors felt Chiron couldn't ensure product quality.

The debacle spotlighted serious problems with the US vaccine supply system. Only two other manufacturers produce flu vaccine for the huge US market, a situation that limits how officials can respond to emergencies. Critics regularly propose that the federal government take over US vaccine distribution and production, and this latest incident is unlikely to encourage private sector investment without added incentives and liability reform.

The Chiron crisis may spark interest in proposals to spur more flu vaccine production, including those that would: 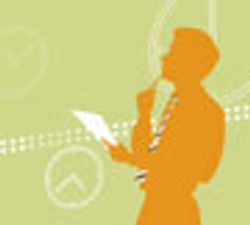 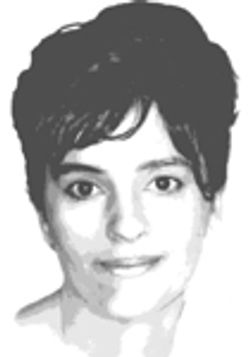 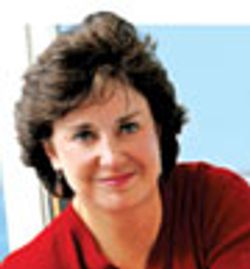