All hell broke loose on May 21 when the New England Journal of Medicine released Cleveland Clinic cardiologist Dr. Steven Nissen's meta-analysis of 42 studies of Avandia, showing a 43 percent increased risk of heart attack.

All hell broke loose on May 21 when the New England Journal of Medicine released Cleveland Clinic cardiologist Dr. Steven Nissen's meta-analysis of 42 studies of Avandia, showing a 43 percent increased risk of heart attack.

It was not, however, a fresh hell. We have been there before, and faster than the media could dub GlaxoSmithKline's $3.2 billion diabetes treatment "Vioxx II," the British drug giant was blasting Nissen's conclusions, analysts were forecasting a free fall in Avandia sales, and Congress was scheduling oversight hearings on FDA's role in the matter.

For three weeks, the pharma beat and blogs were all Avandia, all the time. And while big issues like safety and accountability got aired, such relentless scrutiny uncovered an unusual amount of small, petty, mean—and downright entertaining—behavior.

No one emerged from this debacle unscathed. Whether we learned any lessons remains to be seen. While you wait, test your own knowledge of how it all went down. –WALTER ARMSTRONG

1. "Considered approach to the safety of [Avandia] is needed. Alarmist headlines and confident declarations help nobody." This excerpt appeared in an editorial in which publication:

A. New England Journal of Medicine

B. The 1918 Influenza Epidemic

D. The War in Iraq

3. "During those calls, it was mentioned that some in the company felt that my actions were scurrilous enough to attempt to hold me liable for a loss in market capitalization of $4 billion." Who said this about what phone calls?

A. Cardiologist John Buse, about calls he got from Glaxo's head of R&D after publicizing Avandia's heart attack risks

B. Glaxo CEO J.P. Garnier, about calls he got from members of the board after publicizing the company's own meta-analysis finding heart attack risks

C. A Deutsche Bank analyst, about calls he got from Glaxo's general counsel after publicizing Avandia's plunge in new prescriptions

D. None of the above

4. Dr. Anne Peters, a diabetes expert who helped change the formulary for Los Angeles County, said, "The Avandia people asked me what I wanted [in order] to keep Avandia on the formulary. [After I told them,] a company representative replied: 'That's all you want? Other doctors ask to go to the Caribbean.'" What did Dr. Peters ask for?

A. A trip to Disneyland with her three grandchildren

B. A database of health outcomes for patients on Avandia

C. A $5,000 contribution to her clinic's new infusion center

5. Who said, "We were shouting in a gale-force wind blowing against us."

A. Glaxo's J.P. Garnier, comparing the Avandia controversy to being caught in a snowstorm while climbing the Swiss Alps with his family

B. FDA's Dr. Rosemary Johann-Liang, on trying to get a fair hearing at the agency

C. FDA's Andrew von Eschenbach, on trying to get a fair hearing in Congress

D. GSK's Christopher Viehbacher, head of US pharma- ceuticals, on trying to get a fair hearing in the media

6. In February 2006, an FDA safety officer recommended that the large number of swelling problems caused by Avandia and Actos be consolidated into a single prominent black-box warning. The agency responded by:

A. Ignoring her because she was known as "Black- Box Johann-Liang"

B. Rejecting her recommendation but placating her with an "employee of the month" citation

C. Rebuking her and removing her from the Avandia review

D. Accepting her recommendation and filing it away

7. Which of the following did not take place during the Avandia dustup:

A. Andrew von Eschenbach told Congress that FDA had decided in March to put a black-box warning on Avandia

B. On ABC's Nightline, Glaxo's J.P. Garnier said, "We welcome Dr. Nissen's analysis because patients benefit from a robust debate about drug safety."

C. An FDA PR consultant sent reporters an e-mail accusing Dr. Nissen of a vendetta against drug companies that refuse to hire his clinic to do drug trials.

D. Dr. Steven Nissen acknowledged having been in touch with certain congressmen prior to the release of the New England Journal of Medicine report. 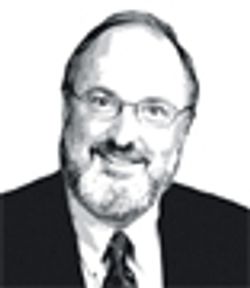 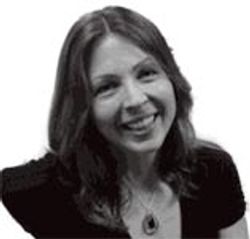 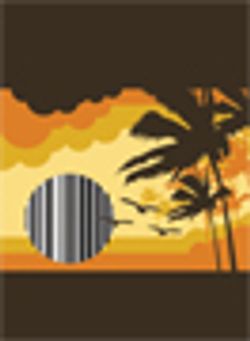 In Sync with California