Even though federal legislators approved a significant expansion of prescription-drug regulation last fall, there has been no let-up in accusations against and investigations of the pharmaceutical industry—or criticism of the Food and Drug Administration. An article in the New England Journal of Medicine (Jan. 17, 2008) reignited concerns about the loss of valuable information from clinical studies on antidepressants that were never published—the "wastebasket effect." Even FDA action halting marketing of cold medicines to young children generated questions about the value of other pediatric treatments.

The latest big eruption involves the combo anticholesterol drug Vytorin (ezetimibe/simvastatin). Comarketers Merck and Schering-Plough ran into a buzz saw when they released less-than-stellar efficacy results after what seemed an unreasonable delay. Heavy DTC marketing for the drug was pulled in an attempt to quell the storm, as trial lawyers filed suits charging consumer fraud from Vytorin claims of being more effective than low-cost generics. Congressional critics even raised questions about whether FDA should rely on cholesterol levels as a biomarker for preventing heart disease.

And the Ketek (telithromycin) controversy, like the battery-powered bunny, just keeps going and going. The House Energy and Commerce Committee subpoenaed testimony from FDA criminal investigators on what they knew about research fraud related to testing the Sanofi-Aventis antibiotic—and when they and the company knew it. The legislators are demanding volumes of FDA documents to see if Commissioner Andrew von Eschenbach presented misinformation in testimony last year on Ketek safety concerns.

Von Eschenbach is spending a lot of time on Capitol Hill addressing these issues and charges that FDA's paltry resources have made it ineffective and unable to protect public health. Members of the E&C Oversight subcommittee drilled von Eschenbach in January on how he was (or was not) responding to charges by the agency's Science Board that FDA is vastly underfunded and in danger of breaking down. The commissioner would not estimate the cost of remedying these problems, so Rep. Henry Waxman (D-CA) and Sen. Edward Kennedy (D-MA) asked the Government Accountability Office (GAO) to examine FDA's staffing, IT, and resource needs. In addition, E&C leaders asked Gail Cassell of Eli Lilly, who chaired the Science Board subcommittee, to have her panel determine whether the administration's 2009 FDA budget plan will address the funding problems raised in the Board's report.

It's unlikely that Cassell's group will have much praise for the FDA budget proposal. Attorney Peter Barton Hutt, who calculated FDA's funding shortfall for the Science panel, told the House panel that FDA needs to double its appropriations over the next two years and to increase staff by 50 percent.

Although FDA got nearly a 6 percent increase in 2009 funding to $2.4 billion, most of the gain is from rising user fees that support select programs. FDA appropriations are only $1.8 billion—way below the $2.1 billion level sought by the Alliance for a Stronger FDA. The administration's budget, said former FDA official and Alliance spokesman Bill Hubbard, provides "barely half of what FDA needs just to keep pace with inflation."

Moreover, the $628 million in user fees includes $16 million from generics makers, which that industry opposes without a number of regulatory reforms. It also includes $6 million in fees to support pre-review of DTC TV ads, a program FDA wants to revive after Congress refused to appropriate it for this year. While critics fulminate about FDA's increased reliance on industry payments, the user fees keep going up to fill in the gaps created by funding shortfalls.

Even though FDA's budget is a tiny drop in the federal-spending bucket, it will be tough for Congress to expand it very much. The administration's $3 trillion 2009 budget attempts to keep its deficit below the $400 billion mark by curbing Medicare and Medicaid spending and freezing outlays for most discretionary programs. The National Institutes of Health is basically flat-lined, and there's a hefty cut proposed for the Centers for Disease Control and Prevention and others.

Congressional leaders say this last Bush budget is even more dead on arrival than previous versions. Democrats blasted defense increases, tax cuts for the wealthy, and the proposals to reduce healthcare and other services for the elderly and poor. No one expects big cuts in Medicare during an election year, so there will be a desperate scramble for any available funds to shore up federal government programs one more year.

FDA's larger problem is that many influential members of Congress either don't trust the agency to monitor the industry appropriately or have found it politically expedient to keep sounding alarms about inadequate oversight of food and drug safety, research, marketing, and pricing. House appropriators killed the DTC-advertising user fee largely because they don't believe that FDA regulates drug advertising forcefully enough. And they nixed the Reagan-Udall Foundation because of fears it will permit pharma to exert more influence on agency research programs. There are continual complaints about conflicts-of-interest among advisory committee members, which further taints agency advisors.

Congressional leaders also are unhappy with the Bush administration's continued support for federal preemption of state laws involving drug labeling and regulation. While federal preemption makes sense to anyone marketing a regulated product on a national basis or conducting clinical trials at multiple sites, challenges to state laws, in the current political climate, appear to undermine consumer protections at the local level. And they block lawsuits against the industry.

Key Democrats in the House and Senate are calling for legislation in response to the recent Supreme Court decision (Riegel v. Medtronic) that supports FDA preemption of state medical-product regulation. Although the Justices ruled 8 to 1 that FDA-approved medical devices are protected from personal injury suits at the state level, Democrats insist that such blanket protection was not the intent of Congress. The high court is slated to rule later this year on whether preemption applies similarly to injuries related to drugs, which is less clear under the current statute.

Federal preemption was a controversial issue in crafting the FDA Amendments Act last year. The issue recently reared up over an FDA proposal to clarify when manufacturers can file changes-being-effected (CBE) supplements to quickly make labeling changes involving new drug-safety information. House and Senate leaders objected that the proposed rule actually would give pharmaceutical companies a rationale for hiding drug safety information and would shield marketers of unsafe products from legal action.

Meanwhile, states are enacting laws that aim to curb pharmaceutical-marketing activities. The rationale is that reduced spending on drug detailing and advertising will lead to lower drug prices, a fairly tenuous link. California and Vermont want to restrict the ability of drug marketers to access physician-prescribing information. A Maine law undermines detailing.

Some of these restrictive policies have been challenged as violating free speech rights. But the proliferation of marketing curbs by state governments, academic centers, and hospitals, as well as continued proposals from Congress, is prompting industry to weigh the need for stronger self-regulation of marketing and advertising activities. PhRMA (Pharmaceutical Research and Manufacturers of America) established a voluntary DTC code of conduct two years ago, but it's fairly toothless. The code encourages FDA review of planned ads and discourages airing suggestive ads during early prime time.

But there's not much uptake on the suggestion to delay DTC advertising of newly approved drugs, and there's no enforcement mechanism or disclosure of consumer complaints. With Democrats on Capitol Hill and on the campaign trail promising to cut drug costs through tougher price negotiations, drug importing, and curbs on marketing, any pharma misstep is sure to make headlines and draw accusations of public harm and fraud. 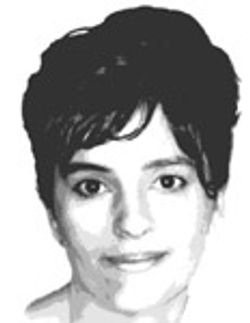 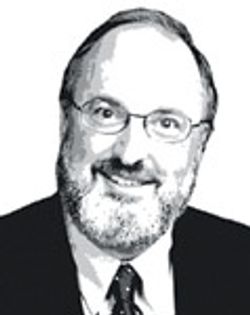 Come in Out of the Rain