Pharma Battles Hospitals Over 340B Pricing

Continued growth in a federal program that provides low-cost drugs to safety-net hospitals has sparked "trench warfare" over which medicines and providers are eligible for the deep discounts, and whether program expansion has undermined the original intent of the law. Special low prices were established in 1992 under section 340B of the Public Health Service Act, initially for a handful of community hospitals and clinics that qualified as "covered entities" (CEs). Further extension to many more providers, however, is generating push-back from manufacturers that see 340B discounts affecting a more significant portion of sales.

Providers and patients that support 340B expansion maintain that Congress intended the program to help public hospitals reduce costs and enable them to "stretch scarce Federal resources as far as possible" to better serve poor and uninsured patients. The providers consider it legal and appropriate if creative policy interpretation ends up shifting funds from rich drug companies to CEs struggling to fulfill their critical indigent care mission.

Biopharmaceutical companies counter that hospitals are over-reaching, extending the discounts to products and patients far beyond the aim of Congress. A particular grievance is that more large health systems are making discounted medicines available at regular prices to patients with health insurance, and then pocketing the difference to support clinical services.

At the July 340B Coalition annual conference in Washington, D.C., Rep. Henry Waxman (D-Calif), original author of the 340B legislation who is retiring from Congress this year, complained that pharmaceutical companies are trying to "undermine this program" and that the Health Resources & Services Administration (HRSA) in the Department of Health and Human Services (HHS) needs to make sure manufacturers provide the full discounts authorized by the law. But Waxman also advised hospitals to "use 340B savings wisely."

The 340B program was created 20 years ago to preserve traditionally low prices on medicines for a relatively small number of public health facilities. These providers were threatened by a loss of discounts due to the then-new Medicaid drug rebate program and its "best price" requirement. Now 340B involves more than $7 billion in drugs distributed to some 2,000 hospitals and many more clinics. Covered sales are projected to hit $16 billion by 2019, fueled by Medicaid expansion, increased hospital use of contract pharmacies to manage 340B discounts, and provisions in the Affordable Care Act (ACA) of 2010 that added leading cancer centers and other providers to the program.

Providers and patients represented by the Safety Net Hospitals for Pharmaceutical Access (SNHPA) emphasize that 340B discounts apply to only 2% of the $325 billion U.S. pharma market, and that the program is critical to providing patients with needed medicines at affordable prices. SNHPA urges more "transparency" in drug prices to ensure appropriate discounts from manufacturers and complains that pharma companies limit patient access to key therapies such as IVIG (intravenous immune globulin) by curbing supplies.

Biopharmaceutical companies, communicating through the Alliance for Integrity and Reform of 340B (AIR 340B), issued their own analysis in March citing a proliferation of ineligible providers claiming discounts. Meanwhile, a February report from the HHS Office of Inspector General (OIG) described "inconsistencies" in practices at contract pharmacies, which are supposed to help CEs prevent diversion and duplicate discounts under 340B. A broader concern raised by some health analysts is that 340B expansion will distort the healthcare market by compelling more independent physicians to link up with large health systems.

HRSA, which administers 340B through its Office of Pharmacy Affairs (OPA), emphasized the need for more transparency and integrity at the July Coalition meeting. OPA director Krista Pedley described efforts to improve systems for verifying drug-ceiling prices and to expand field audits of CEs. She also noted that HRSA is looking more closely at contract pharmacy arrangements and the potential for drug diversion.

The big news from Pedley, which drew strong applause from providers, was that HRSA was issuing an "interpretive rule" to clarify that orphan drugs are eligible for 340B prices when prescribed for non-orphan uses (see sidebar). With that issue dominating OPA's agenda, Pedley made no promises about when OPA would issue its final 340B "mega-reg" to clarify a number of important 340B issues, including clearer definitions of "patient" and "outpatient facility" eligible for discounted prices and of CU arrangements with contract pharmacies.

Meanwhile, biopharma companies struggle to deal with the many nuances related to calculating discounts and complying with 340B requirements. HRSA audits CEs to ensure that they calculate discounts and operate programs appropriately, while also overseeing manufacturer prices. On their part, some pharma companies also monitor providers to uncover errors.

Problems can arise when CE's find they are serving fewer low-income patients and thus become ineligible for 340B discounts, a situation that may warrant refunds to manufacturers. Similarly, some CE's conduct regular "look backs" at pharmacy records to identify "missed opportunities" to claim discounts. And because 340B prices apply only to outpatient drugs, there can be disputes over whether discounts apply to drugs for emergency room patients who later are admitted to the hospital—a bigger issue as hospitals "bundle" more charges for patient care. The rise in Medicaid managed care, moreover, requires new methods for avoiding duplicate discounts, a common problem for CEs that serve Medicaid populations.

Another source of dispute relates to efforts by manufacturers to strictly manage the distribution of high-cost specialty drugs through limited pharmacy networks, which can make it difficult for CEs to obtain these therapies at 340B prices. Pharma companies justify limited distribution arrangements as key to controlling costs, ensuring appropriate utilization, and collecting timely data on drug prescribing and use. In response, some large health systems are forming in-house specialty pharmacy programs, looking to gain manufacturer participation by supporting prior authorization and coordinated care programs and promising to share detailed outcomes and clinical data.

Wrangling over discounts —and overall access—to specialty drugs is one more bone of contention in the complex 340B program. It adds to the list of challenges that pharma companies face in determining what price discrepancies warrant inquiries and audits, and in gaining policy clarification from HRSA and Congress.

Jill Wechsler is Pharm Exec's Washington correspondent. She can be reached at jwechsler@advanstar.com. 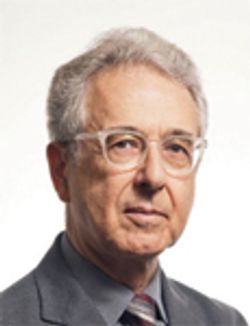 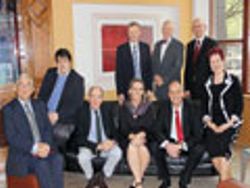