Innovation in industry has always required a strong internal champion; the danger is a process led by the risk-adverse and externally-driven stakeholder consensus called "death by faint praise." Is this really what we mean by "bold partnerships?"

An enduring falsehood about the pharmaceutical industry is that the heavy lifting ends with a successful new drug registration. What comes after is the equivalent of a well-funded retirement, where providers embrace the therapy, payers meet the price, and patients push the boundaries of clinical practice toward lucrative new indications. The reality, however, is starkly different, with FDA approval now only representing the beginning of a mounting series of post-approval obligations that potentially can match the costs of developing the drug itself.

The most important obligation is that the manufacturer must bear responsibility to guarantee the overall "value" of its medicine—involving criteria far more opaque than safety and efficacy—through its entire life cycle, including after patent expiry. Another is the widening of expectations around outcomes, whereby regulatory agencies are overturning previously accepted surrogates for drug approval—in essence, asking companies to update and re-certify the original terms that brought them access to the market. The days when regulatory approval boundaries were fixed and finite, as exemplified by the slogan "We won so we're done," are clearly over.

The heat is on in terms of squaring these big investments against expectations of strong revenue and profitability performance. This unpredictable spiraling of costs affects the entire product life cycle at a time when growing competition within therapeutic classes has shortened the average duration of market exclusivity, and when companies derive most of the returns from their investment in R&D.

Few people in the industry are examining the implications of this trend. Harvard Medical School has convened a series of conferences to examine what it calls "post-approval" issues. The most recent was held last month; the target of discussion was comparative clinical and cost-effectiveness requirements, and how these might add to the commitment burden. The short answer? Unclear, mainly because regulators are still dancing around the distinction between clinical- and cost-effectiveness, despite the fact that in many countries outside the US the two are effectively intertwined.

There are two other implications of the "post-approval" pileup. First, industry has failed to highlight what it is taking on in offering the public a better safety and efficacy proposition. Companies are now doing costly post-approval trials to address everything from nagging safety concerns to demonstrating efficacy among small subpopulations of patients.

Second, little is said about the ultimate impact of post-approval commitments on drug innovation in general. In a constricted payer environment, will the private sector be able to bear more risk, especially beyond the point of market uptake, where the growing burden of proof will often limit the size of the treatable patient population? The long time frames for these studies may also mean their conclusions are no longer relevant to the current state of therapy. And how many promising leads will be sidelined by the industry due to the priority it gives to the regulator, which is increasingly the customer, too?

If drug innovation is one part serendipity and two parts discipline, then there is potential for losses on both counts. The stakes for patients and the health system overall are high. 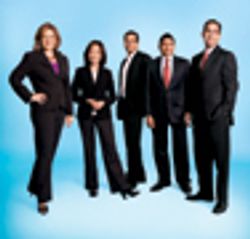