If pharma companies want to be trusted sources of information in today's healthcare environment, they cannot afford to mislead anyone.

If pharma companies want to be trusted sources of information in today's healthcare environment, they cannot afford to mislead anyone.

The recent business scandals and growing demands for corporate responsibility will have an impact on the pharma industry that goes well beyond financial practices. The confidence crisis is forcing corporations in all sectors to confront a variety of social and ethical issues, but pharma companies are likely to face exceptional challenges.

Consumers already are more critical of pharma than most other industries. The general public is conflicted between the reality of pharmaceuticals as a business that needs to generate profits to invest in new cures and the perception that the industry puts profits before people. Public confidence in the reliability of the information and clinical data provided by pharma companies has been weakened further by recent revelations about the dangers of hormone therapy-a treatment long promoted by the industry as essential to post-menopausal women's health. In this difficult environment, it is especially important for pharma to reexamine the standards for disseminating information about drugs in the pipeline.

How should companies address those challenges in a socially responsible way? When is it appropriate to publicize scientific data? Should news reporters limit coverage to large, controlled, late-stage trials? How should media convey scientific data? The Journal of the American Medical Association recently raised those questions when it published a theme issue on the peer review process in biomedical publications. Two studies specifically address growing concerns about reporting scientific data to the public.

An examination of press releases issued by scientific journals found that such communications exaggerated the value of data and failed to include the role of industry funding. In a separate study, the same group determined that abstracts from national medical meetings received news coverage without prior evaluation by the scientific community. The authors expressed particular concern about the types of abstracts that received attention, because many were based on preclinical findings or studies involving small patient populations. Approximately one-quarter of the study data presented at medical meetings and promoted through press releases remained unpublished in scientific journals up to three years after the event. Although the authors fault journal editors and meeting organizers for the preliminary coverage of medical news, those issues ultimately have a negative impact on the pharma industry and the agencies that serve the industry.

Wall Street's financial expectations impose new pressure on the industry to communicate data at an early stage. The resulting news coverage affects both patients and physicians. According to a Wall Street Journal article, "Leaky Lid on Science News" by S. Hensley, et al., July 25, 2002, one study found that news coverage of scientific data also influences clinicians who cite studies that appear in the lay press more often than studies that do not. Investors regularly use information released by the pharma industry for progress reports and financial analyses.

With careful planning and appropriate language, communicators can disseminate scientific data responsibly, both to the public, and to the Street. Reports of clinical trial data always should include the type of study, such as placebo-controlled or double-blind, as well as the number of patients in all arms of the study population. Second, press releases should express data numerically rather than by description, provide both absolute and relative percentages, and clearly indicate statistical significance or trends. Third, communicators should only use adjectives such as "landmark" or "breakthrough" when a study is truly a landmark or the data represents significant new learning. Finally, press releases should reveal investigators' relationships with study sponsors.

The burden of appropriately reporting data to the media and the public rests on the pharma industry. Failure to provide suitable reports may result in the requirement that FDA approve all communications before they are distributed. Or, the industry could impose a set of guidelines on itself for the presentation of scientific data to the public. Such self-regulation would ensure that data are conveyed accurately and reported responsibly. In so doing, public relations counselors could help pharma companies be perceived as more trusted sources of clinical information. 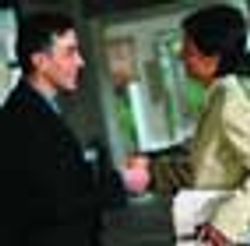 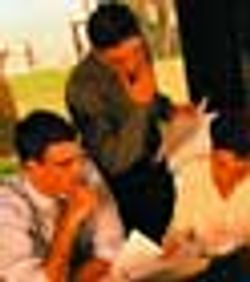 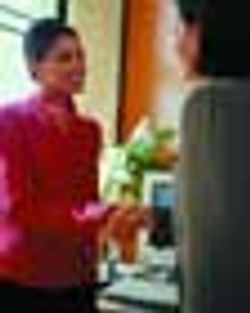