To Screen or Not to Screen?

What do our genetics tell us about our predisposition to certain diseases?

In May, a collection of academics, physicians, scientists, and activists were convened by the Novartis Institutes for Biomedical Research to discuss the current state of global health equity, or why certain populations continue to suffer from illness and disease at a rate disproportionate to other populations.

Many of the presentations focused on socioeconomic disparities as a barrier to access: lack of transportation, lack of quality education, the high price of a healthy diet, and clean air. (One slide featured an aerial photograph of Chicago, in which the positive correlation between amount of trees on a given block, and household income, was outlined with startling precision.) These are complex issues requiring complex solutions. If government leaders with both the inspiration and power to enact change are few and far between, and the prevailing ethos among the moneyed classes is one of "personal responsibility"—as opposed to civic duty—then what else can be done?

Pharmacogenomic research and new drug development, that's what. But first, you'll need to be screened, to determine what sort of human being you are, genetically speaking. "How much 'Asian' do you have in you?" asked Charmaine Royal, PhD, associate research professor at the Duke Institute for Genome Sciences & Policy, imitating the awkward conversation a doctor might need to have with a patient, after it was discovered that carbamazepine (Carbatrol, Equetro, Tegretol) can cause "serious and sometimes fatal dermatologic reactions" in patients with the HLA-B*1502 allele, which, it turns out, is found "almost exclusively in patients with ancestry across broad areas of Asia," according to FDA's black box warning.

If a strong correlation can be shown between the presence of a genetic marker and drug toxicity, it follows that new drugs targeting ethnic populations with high incidences of a given disease can be developed to focus on genetic markers and drug efficacy, right? Not exactly. That premise assumes that ethnic groups, or different "races," are to some important degree homogeneous, genetically. The truth is a bit muddier. The IL28B gene, for example, has been shown to predict hepatitis C treatment-induced viral clearance, but it's not exclusive to a particular "race"—it occurs to a varying degree in all "races." The word race is deserving of quotation marks because it's a somewhat arbitrary designation; racial and ethnic categories have changed every 10 years on the US Census.

"Population categories, including race and ethnic group, are clearly inadequate to describe fully the pattern and range of variation among individuals," wrote Charles Rotimi, PhD, director of the Center for Research on Genomics and Global Health, National Institutes of Health, and Lynn Jorde, professor and chair of human genetics at the University of Utah, in the New England Journal of Medicine last October. "A more accurate assessment of disease risk may be obtained by genotyping disease-associated genetic variants in individuals, rather than using population affiliation as a surrogate." The major problem with race is that it's self-identified: "Genetic analyses of individual ancestry show that some self-identified African-Americans have large proportions (more than 50 percent) of European genetic ancestry, whereas some self-identified European-Americans have substantial recent African genetic ancestry," wrote Rotimi and Jorde. Africa is the most genetically diverse continent on the planet; go back far enough, and we are all Africans.

But there are major barriers to genomic screening, namely cost and selection. There are also problems with sample diversity and storage for research. Issues like these won't stop pharmaceutical companies—and for now, perhaps they shouldn't—from conducting clinical trials based on racial designations, like the one AstraZeneca completed in mid-May, which studied the efficacy of Symbicort, an asthma drug, in 742 self-identified African-Americans. Results from AZ's 52-week study "are consistent with safety and efficacy data from the ... previous Symbicort studies conducted among predominantly Caucasian patients," according to a release on the study. (AstraZeneca declined to comment.) Self-reported African-American populations have shown a higher prevalence of asthma, compared with self-reported Caucasians. It's unclear what studies like these actually prove.

Toward the end of the first day at the Novartis symposium, Rotimi was on stage as part of a panel entitled, "A Transdisciplinary Approach to Addressing Health Disparities," when a member of the audience—Olufunmilayo Olopade, a professor of medicine and human genetics at the University of Chicago, and a recent Obama Administration appointee to the National Cancer Advisory Board—asked him a pointed question: "Charles, if you had the funding you'd like to have [to address health disparities], what would you do with it?" Rotimi responded, "If you handed me $2 million, and told me to go to Washington, DC, and make a difference, I wouldn't spend a dime on genomics."

The science of pharmacogenomics is progressing, and the cost of screening and full genotype mapping will come down, but before personalized medicine can deliver on its many promises, drug researchers will need to toss out racial designations that reduce the likelihood of diagnosis in other populations. 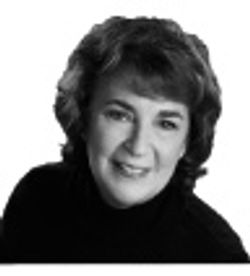 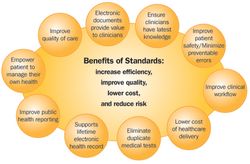