Evaluating experience: It's what you know, not how long you know it

As the 2008 election season drew to a close, the Presidential and Vice Presidential candidates framed the nature of their leadership experience to their respective political advantages. Sen. John McCain recalled his long tenure in Congress and his service in the Navy to illustrate, as the signs read, that he places "Country First." Sen. Barack Obama, meanwhile, pointed to his meteoric rise to the Democratic nomination, portraying himself as a Beltway outsider and an agent of change. As Mr. McCain regaled the country with his experience, Mr. Obama reveled in his status as a newcomer.

On the other hand, the candidates' running mates presented the opposite paradigm. Sen. Joe Biden highlighted his years in the Senate, emphasizing the foreign policy experience he's gleaned from interacting with world leaders. Gov. Sarah Palin pointed out that many vice presidents have gotten along just fine without such experience, and like Mr. Obama, she painted herself as far enough removed from the establishment to have the good sense to clean it up.

So what did voters learn from these candidates about the value of experience in leadership? Not much, aside from "Vote for me."

Still, the ambiguity of the campaigns did make one thing clear: Experience is not the only thing that counts when selecting a leader. This is hardly a new idea. Psychology and management professors have dedicated years to the study of static leadership traits. Newspapers and history books are filled with stories of great leaders who ascend quickly, only to turn in exceptional performances.

In government, there may be no better example than Theodore Roosevelt, the youngest man ever to assume the presidency. Roosevelt was just 42 when he took office, and over the next eight years, he revolutionized commercial regulation, laid the groundwork for the Food and Drug Administration, and helped bring about the end of the Russo-Japanese War.

For leaders, relying on experience alone means leaning on prior decisions when circumstances may have changed, relying on knowledge that may be obsolete. John P. Kotter, the author of the 1990 book What Leaders Really Do, says that the rapid acceleration of the world, particularly the business world, has created an environment so dynamic that prior experience alone is rarely enough to guide decisions. "The net result is that doing what was done yesterday, or doing it 5 percent better, is no longer a formula for success," wrote Kotter in the Harvard Business Review in December 2001. "Major changes are more and more necessary to survive and compete effectively in this new environment."

Noel Tichy and Warren Bennis, authors of Judgment: How Winning Leaders Make Great Calls, say that today's leaders succeed or fail based on their ability to make judgment calls. They write: "In the face of ambiguity, uncertainty, and conflicting demands, and often under great time pressure, leaders must make decisions and take effective actions to assure the survival and success of their organizations. This is how leaders add value to their organizations."

Tichy and Bennis cite leaders such as Joel Klein, the chancellor of the New York City Department of Education, who cut his teeth at one of the largest and most problematic school systems in the country. Mr. Klein's judgment, his ability to make difficult but informed choices in a highly volatile environment, have helped transform New York's schools.

The counter-examples are executives like Carly Fiorina, who had 19 years of management experience in the telecom industry before becoming the CEO of Hewlett-Packard in 1999. Despite her many leadership positions, she failed to heed the warnings of her board and pushed through a controversial merger with Compaq in 2002, triggering a rough patch for the company that ended with her departure.

Some basic experience is certainly necessary to lead, but judgment is what separates great leaders from average or even poor ones. As Wall Street reloads its boardrooms, that may be a principle worth heeding. 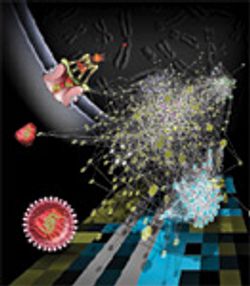 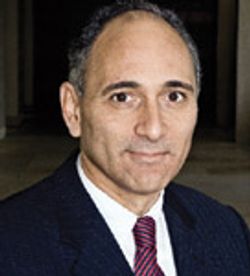