How to stretch that portfolio to make ends meet

Having a productivity crisis? Join the club. While you're waiting for those new classes of drugs to come to a boil, why not cook up some new indications for the hot products in your portfolio? From Abilify in mental illness and Lyrica in pain to Avastin in oncology and Rituxan in just about everything, drugs targeted at one disease are showing their versatility in treating other conditions.

Whether you call it franchise building, brand extension, or (our favorite) platform drugs, discovering novel markets for niche-busters is a little harder than rebottling old wine.

While platform drugs may not be as thrilling as medical miracles, they provide patients with more treatment options—and they may provide pharma with a bridge over the patent chasm, one indication at a time.

In this special report, we break it all down for you. Part 1 tells how to identify platform drugs, and which diseases to develop them for. Part 2 explains how to match promotional buck and prescription bang in the new market.

The quagmire of the unknown in drug development means companies are increasingly opting for a new paradigm built off of a familiar phrase: If you can't work harder, work smarter.

It's a philosophy that some have termed "strategic innovation," and it represents an increasingly important strategy for mitigating development risk, protecting sales derived from existing therapies, and identifying new revenue streams. The whole approach is based on developing additional indications and claims using what you learn from drugs in your portfolio—or your competitors'—to make new products. And it requires a change of perspective: companies should view their drugs as platforms (rather than specific products) upon which to build revenue with known efficacy and safety data.

Don't confuse this approach with the life cycle management strategies of the past. After all, throughout the 1990s, many companies aimed at preserving market share against lower priced generics by reformulating existing drugs into more convenient doses. It's an approach that remains popular today: reformulations accounted for more than 50 percent of all New Drug Applications between 2002 and 2005, according to PharmSource Information Services. But that approach alone is insufficient because payors balk at reimbursing "convenience-only" reformulations. Just look at Lilly's Prozac Weekly, the 2001 follow-up to the 1990s blockbuster Prozac. It failed to gain preferred payor tiering, which consequently sent US revenues spiraling from $2.05 billion in 2000 to $30 million in 2006.

Instead, companies should look to manage risk and reward by going beyond convenience claims and looking for ways to impact perceived efficacy by carrying out clinical trials in new populations, refractory subsegments, or the like. More specifically, this means generating new efficacy data for claims where the parent compound or other drugs in the class have fallen short. In the era of evidence-based medicine, a compound with novel clinical claims cannot be considered equivalent by payors when clinical trials demonstrate a differentiated clinical profile. For companies, that means new drugs—and significant new revenues.

The literature is rife with examples of companies that have capitalized on unmet medical needs in the market through strategic innovation. However, those successes only represent the tip of the iceberg. And considering the dearth of novel targets, the number of blockbuster agents coming off-patent in the next decade, and the lower clinical development risk associated with this approach, platform drugs cannot be overlooked.

Still, strategic innovation may appear easier said than done. That's because it requires the combined efforts of internal functional areas such as R&D and new business development, with external thought leaders, consultants, and the like to understand the subtle, unmet needs within existing indications that could be served by a clinical development program. However, there are resources there that can help companies explore potential new uses. For example, according to a 2006 article in the Archives of Internal Medicine, an estimated 20 percent of outpatient prescriptions are written for clinical indications for which the drug has not been FDA approved. Companies that monitor these real world prescription patterns, keep track of small, evidence-based studies supporting novel uses, and undertake small trials to test potential sources of differentiation, can begin to amass significant data to support the further development of a compound.

In this piece, we will explore successful case studies that highlight different approaches to strategic innovation. In so doing, we hope to enhance understanding of how to create platform drugs and combine clinical data and know-how with commercial creativity to determine how to best capitalize on novel opportunities.

As early as one year after the launch of the anti-epilepsy treatment Neurontin (gabapentin), small investigator-led clinical studies suggested that GABA agonists—and Neurontin in particular—offer benefits for patients suffering from various types of neuropathic pain. Monitoring off-label prescriptions of Neurontin revealed extensive prescribing for these conditions, with physicians writing an estimated 86 percent of all Neurontin scrips off-label.

Pfizer used this information to create and mitigate the regulatory risk for its follow-on product Lyrica. Pfizer chose to focus on the safer regulatory path—gaining an indication for epilepsy—since it already had a wealth of clinical data from Neurontin. However, the company also set out to prove Lyrica's effectiveness for painful diabetic neuropathy, for which received approval in 2004.

This strategy helped not only mitigated the regulatory risk, but also maximized sales. Generic gabapentin manufacturers could not afford to bankroll trials for neuropathic pain, which isolated Lyrica from third party reimbursement pressure, despite its higher price. As a consequence, Lyrica sales reached $1.2 billion in 2006, and grew to $1.8 billion in 2007. More recently, the company has taken this approach a step further by obtaining a label for fibromyalgia, another indication where Neurontin data was suggestive of efficacy.

Sometimes, even without a reformulation, establishing efficacy in what is perceived to be a class effect can create tremendous value. Companies can use this strategy even when they haven't had a significant presence in the past in a particular franchise area.

For example, in 1998 King Pharmaceuticals acquired the rights to the ACE inhibitor Altace (ramipril)—back then considered a "me-too" drug, with only 4 percent of sales within the class. At the time, many hypothesized that ACE inhibitors had cardio-protective effects beyond blood pressure control, but no one had done the clinical trials to prove it. King took on the challenge: it designed and undertook the landmark Heart Outcomes Prevention Evaluation (HOPE) trial. With that data, FDA approved Altace for prevention of myocardial infarction, stroke, and death due to cardiovascular causes, and the company parlayed this expanded label into a 15 percent class share by 2004.

Beta blockers are a time tested treatment that, over the years, has mostly been used in the management of hypertension. It's a crowded class, with multiple therapies and many generics available. In 1996, GlaxoSmithKline differentiated its beta-1 blocker Coreg—a four-times daily treatment—by conducting clinical trials and obtaining a label that showed the drug's effectiveness in treating congestive heart failure (CHF).

But AstraZeneca also saw an opportunity—and mobilized to benefit from GSK's differentiated beta blocker. It picked a generic beta-1 blocker, metoprolol, and reformulated it into a longer-acting, twice-daily dosing. The company brought this reformulation to market, and called it Toprol XL. The company incurred substantially lower risk when developing the drug, since the generic was known to be safe and the company presumed the efficacy was similar to other drugs in the class. This lower risk approach produced $1.6 billion in US sales by 2006—all from a reformulation of a drug that had previously been generic.

AstraZeneca's Nexium (esomeprazole)—the second highest selling drug in the United States—provides a blueprint for developing next-generation products by demonstrating the perception of differentiated efficacy in a crowded market.

Nexium is a single isomer version of its predecessor Prilosec. Compared to Prilosec, Nexium has decreased hepatic metabolism and slower plasma clearance, thus resulting in improved plasma concentration and better acid suppression. However, improved kinetics alone would have led to a "me-too" PPI in the absence of new data.

To combat this, AstraZeneca differentiated Nexium in the crowded proton pump inhibitor (PPI) class by performing clinical trials showing a faster response benefit in GERD in addition to healing of esophageal ulcers. AstraZeneca also performed trials showing that Nexium helps reduce the risk of NSAID-associated gastric ulcers. The combination of a similar but new molecular entity and a number of carefully designed clinical trials allowed AstraZeneca to distinguish Nexium from other PPIs. That, combined with a wise decision to price the compound lower than Prilosec, allowed Nexium to capture $5.2 billion in 2007, despite generic competition.

Forest Laboratories has used a similar approach in differentiating the single isomer Lexapro as a follow-up to its blockbuster Celexa to retain value. Domestic sales of Lexapro reached $1.9 billion in 2005 (nearly 30 percent of all SSRI sales), compared to $1.1 billion in peak sales from Celexa in 2001. That's a critical revenue stream that would have been left for dead by pharmaceutical companies as recently as 15 years ago.

The clock is ticking on many companies' blockbuster patents—and there's no time to waste in exploring the potential to convert products into platforms for new revenues. However, to reap the rewards of new revenues, pharmaceutical companies must be mindful of several strategic issues.

First, drug developers have to understand the intellectual property land mines, and act accordingly to protect their investments for as long as possible. In the absence of such an approach, traditional reformulations that use the same active moiety extend exclusivity for no more than three years—a short time frame to replace important revenue.

Second, strategic innovation requires that companies organize for success. Firms need world-class cooperation between R&D and commercial teams to identify novel opportunities and determine how best to differentiate them through clinical development. A cross-functional team comprised of R&D and brand and marketing teams must work hand-in-hand throughout the life cycle of current assets, and must also be able to identify new opportunities beyond the company's current areas of focus. The R&D team's knowledge must be activated by access to a suite of related compounds with known efficacy and safety data. The commercial team's responsibility should be to identify lucrative markets and create effective communications that can be used to strategically position promising new drugs for novel yet related indications. Furthermore, the two teams must be able to effectively share information and make joint decisions about the best direction for a particular franchise. A similar approach can also be undertaken to identify areas not currently targeted by the development company.

Certainly, these organizational issues can represent a formidable obstacle—particularly when viewed against the backdrop of other challenges in the healthcare industry. But companies that work not just harder, but smarter, will their way out of the quagmire of unproductive development by paving a new path toward innovation.

Douglas Martin, MD, is Managing Director of Leerink Swann. He can be reached at doug.martin@leerink.com 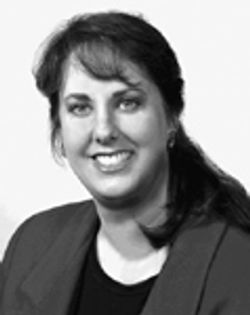