Partnerships with US drug firms haven't always worked out the way Japanese companies would have liked.

TOO MANY PROMISING drugs, too little time. It's a problem every company would love to have. But for discovery shops like Kyowa Pharmaceutical, which rely on optimizing the value of compounds in development, managing the pipeline and patent life is a major concern.

After all, once a patent starts, it keeps on ticking no matter how fast the drug makes it to market. To beat the clock, this US subsidiary of Tokyo-based Kyowa Hakko Kogyo is changing the way it conducts clinical trials. The company is making strides to speed up initial safety and efficacy studies in order to get the earliest possible read on an investigational compound—and then make the critical decision about whether or not to partner on the drug's development.

For Japanese companies just finding their feet in the United States, this decision is increasingly tricky. Kyowa's general counsel and vice president of business development, Joseph Brindisi, discusses how the globalization strategy is changing for Japanese pharmas as well as issues Kyowa faces as it prepares to file a New Drug Application with FDA for istradefylline, its Parkinson's disease drug.

What are the biggest challenges in drug discovery and development?

A potential drug's value greatly increases—as does the interest from licensees—once there's evidence of safety and efficacy. At the same time, the value goes down as its patent life shortens. If companies can get compounds to proof of concept—which is Phase IIa—fast, it would enable them to choose which products to focus their own resources on and which products they should outlicense.

Proof of concept is where a company shows that its drug meets efficacy endpoints. These trials are smaller than a Phase III trial, and generally are not powered in a way to show a high rate of statistical significance. The drug may not even be tested at the optimum dosing because the company hasn't yet done the dose-finding trials, either. But it's enough to show that the product at this stage has some efficacy—and it's safe because it has completed Phase I trials.

How is Kyowa changing its R&D process?

We only run the trials that are necessary to establish sufficient safety, and then we progress to a small, controlled Phase IIa clinical trial. Then to prove that the drug works, it's a matter of choosing one simple endpoint, rather than multiple or more complicated endpoints that the company may need to show later on in order to market the drug. After it passes the [Phase IIa] hurdle, companies can go back and conduct all of the other trials, like safety studies of longer exposure in animals and other tests that supplement the safety package.

Growing competition is forcing Big Pharma to license compounds earlier. But ultimately will companies be satisfied taking over preclinical and other early-stage programs?

If a company believes in its own development skills, it can enhance the quality and speed of a drug's development. It hopefully can avoid any mistakes that a more inexperienced or a less resourced licensor might make while trying to develop the drug.

What will be interesting to watch is the tension between the licensors and the discoverers that have the vision to get to market themselves. Can companies retain a right of copromotion with their partner that is going to develop these early-stage products? Generally, if the licensees are going to put in the lion's share of the development investment, they are not going to be too open to sharing in the marketing success later on.

The way Kyowa handles it is to bring about a balanced portfolio. We license some drugs at early stages, like the mitotic kinesin Eg5 inhibitor we licensed to Eli Lilly. But then we retain the ability to develop other drugs, whether it's through Phase IIa or all the way to NDA, like istradefylline.

Japanese companies traditionally have relied upon partnerships with US companies to mitigate their risk. Has this strategy worked?

I'm not sure. There's always the risk of whether you're going to have a good partnership or not. Under that, there's a risk that priorities can change, that the partner will be taken over by somebody else, that the contracts are not perfect. And there's a risk of the deal not going exactly the way you thought it would because of your loss of control over the development of the product.

A company that develops a drug on its own has more control and keeps all the profit. But there's a risk that it may not have enough experience to get the most out of the product. However, in the United States, where there are lots of good contract sales organizations, companies can mitigate that risk by putting a virtual infrastructure in place. Then, if the product doesn't sell well, it can dial down the sales and marketing investments.

In the specialized areas, it's less risky because companies with small sales forces still can reach the majority of the large prescribers.

How have the lessons learned about partnership changed the business models of Japanese companies?

The Japanese companies have been pretty successful when they've struck out on their own. They took the first step in partnering because they needed to learn. But those arrangements didn't always work out quite the way they would have liked—that's the nature of doing deals.

Now the later entrants from Japan into the United States can maybe skip that step and learn from their countrymen. You see that happening with the larger companies—certainly Takeda and Eisai—and it's trickling down to the medium-sized companies like Kyowa. But it remains to be seen whether partnering is a necessary step to get into the US market.

Looking forward, what types of deals do you think will work the best?

I think the Roche/Genentech model, where the biotech retains a lot of freedom and entrepreneurship, makes sense because it leaves all the right incentives in place for the biotech to succeed. I'm amazed that it hasn't been copied more, but it probably speaks to a company's reluctance to give up control of drug development.

I also think discovery will continue to become more specialized, and remain outside the traditional scope of Big Pharma. On the other hand, big companies will continue with their competency and focus on drug development.

Joseph Brindisi is general counsel and vice president of business development at Kyowa Pharmaceuticals. He joined the company from Johnson & Johnson, where he was executive director of worldwide licensing and acquisitions, and also served as a senior patent attorney working across J&J's pharmaceutical, medical device, and consumer businesses. 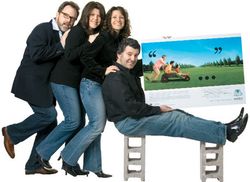 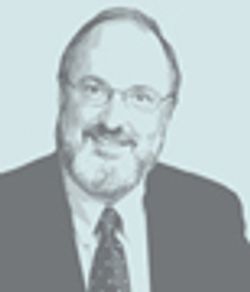 From the Editor: Incurable