Truth Found in the Wrong Places

ADVANCES IN INFORMATION TECHNOLOGY and the near-universal acceptance of health as a key factor in social development are combining to make the process of decision-making in health less local, and more global. For Big Pharma, the implications work both ways. There is an efficiency bonus and the opportunity to leverage connections fostered through the advantages of cross-geography scale and reach. At the same time, more "bad" ideas on how to manage the healthcare burden are circulating beyond the boundaries of the countries and stakeholders that initiated them, with the best example being the ubiquity of the reference-based pricing model to set the price of new innovative medicines against older alternatives.

This dynamic is most prominently at play in Europe and of course here in the US, where the debate on high drug prices has revolved around cross-border issues such as why Canada can provide the same treatments to patients, ostensibly at much lower cost—and how US consumers should be empowered to take advantage of the price gap through legislation that authorizes importation of such medicines for personal use. Managing the fallout to preserve a cohesive industry position that works for both countries has become a key focus of trade association work, as evidenced in a series of frank exchanges Pharm Exec conducted with PhRMA President John Castellani and Canada Rx&D Director Russell Williams in our March and April issues, respectively.

In this blossoming database of ideas, some of the best work on behalf of the innovator industry may be found where you least expect it. It pays to scan widely. For example, advocates who retain their faith in market-based solutions to promote medicines innovation might want to look at three recent studies published by the Canadian Patented Medicine Prices Review Board (PMPRB). A federal government-funded bureau whose mandate—to ensure domestic prices of patented drugs are not "excessive"—is widely criticized in the US as a paragon of interventionist bureaucracy, the PMPRB is not seen as a friend of Big Pharma. Yet, consider the findings from these new PMPRB works, published in December 2010:

Globalization of the information flow is clearly here to stay. Casting the net as widely as we can is a key part of our mandate at Pharm Exec, and we aim to make that information sensible, as a basis for action. Let us know how we are doing through our newly revamped website. 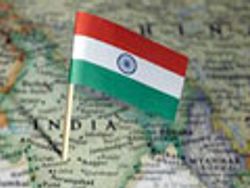 What the 2011 Census of India Reveals for Pharma