With medicare now spending millions on prescription drugs, the drive for more comparative drug information is taking off. Everyone agrees that preapproval clinical trials tell practitioners and payers little about the value of new medicines. In addition to basic safety and efficacy data, payers want more evidence on how a drug compares to existing (and often cheaper) therapies. Evidence-based medicine (EBM) has become the Holy Grail for ensuring appropriate patient treatment—and for reducing inappropriate spending on less effective therapies and procedures.

The Centers for Medicare and Medicaid Services (CMS) is carving out a lead role in assessing real-world drug safety and effectiveness. One prominent and controversial strategy is its Coverage with Evidence Development (CED) policy, which authorizes Medicare reimbursement for a drug or medical procedure while the sponsor collects additional effectiveness information through clinical trials, patient registries or other assessments (see "Cross-Agency Collaboration," Pharm Exec, February 2006). While CMS officials paint this approach as expanding payment for "promising but not persuasive" drugs and treatments, pharma companies are wary that Medicare will routinely require post-approval studies in order to gain reimbursement for new drugs.

For example, Medicare announced last year that it would greatly expand the use of PET (positron emission tomography) imaging for diagnosis and staging of a broader range of cancers. At the same time, the agency wanted physicians to submit data to a PET imaging registry to show how the diagnostic informed treatment decisions. This expansion of the CED program was placed on hold for several months, though, due to questions about insufficient protections for seniors, who would be required to provide treatment information in order to obtain coverage. CMS has revised the program to avoid any appearance of coercing disclosure of private health information; now there is an alternative process for collecting treatment data on non-consenting patients, while also avoiding extensive informed-consent and institutional-review-board procedures at all 800 participating facilities.

Another CED program involves an ICD registry to track the effectiveness of implantable cardioverter defibrillators in preventing fatal heart attacks. In deciding in January 2005 to cover ICD use more broadly, CMS required patients receiving these devices to enroll in the National Cardiovascular Data Registry developed by the American College of Cardiology and the Heart Rhythm Society, which is gathering data on all patients (not just Medicare beneficiaries) receiving ICDs at 1,300 hospitals. With more than 125,000 ICDs implanted annually in the United States, the registry expects to collect considerable information on these products and treatment outcomes.

CMS anticipates that the ICD registry will be the "poster child" for its CED policy, said CMS special advisor Steven Pearson, at a recent EBM conference. Registration of patients at time of service will ensure that treatment is targeted to individuals most likely to benefit; data review will point out key differences in outcomes for different providers, devices, drugs and patients; and all this information would be useful in developing pay-for-performance programs that reward physicians who are able to provide higher quality care.

These initiatives reflect increased interest in using patient registries to obtain more real-world outcomes information on innovative treatments. This approach may gain wider acceptance with the development of a Web-based reference guide on patient registries by the Effective Healthcare Program at the Agency for Healthcare Research and Quality (AHRQ). The guide aims to help payers and research organizations establish, maintain, and evaluate registries that collect information on patient outcomes following medical treatment. While a main customer is Medicare's CED program, it should be useful to pharma companies devising strategies for collecting additional safety and efficacy information as part of post-approval study commitments.

AHRQ has posted a draft outline for the guide on its Web site, and a final version is expected by the end of the year from Boston-based consultant Outcome Sciences, which is producing the guide for AHRQ. It will include a series of case studies on effective registries that address many of the ethical patient-protection issues that surfaced with the PET scan registry.

AHRQ's Effective Health Program also operates a network of Evidence-based Practice Centers (EPCs) that are beginning to roll out comparative effectiveness reviews of widely used drug classes. A May report by the EPC, operated by the Blue Cross and Blue Shield Association's Technology Evaluation Center, finds little differences in safety and effectiveness profiles of drugs to treat anemia in cancer patients. This comparison of epoetin (Epogen and Procrit) and darbepoetin (Aranesp) concluded that both drugs equally boost hemoglobin concentration in the blood and reduce the need for blood transfusions related to chemotherapy; neither particularly improves tumor response or patient survival. Adverse events such as blood clotting are similar, as well as quality-of-life measures.

Another report comparing the effectiveness of a dozen depression therapies is expected to document few significant differences among second-generation antidepressants. A draft report, which was issued in May by the RTI International-University of North Carolina EPC, reveals only modest differences in onset of action, adverse events, and quality-of-life measures. The analysis recommends additional head-to-head studies, plus research on whether extended-release formulations or combination treatment might have added benefits. While further studies might uncover notable therapeutic differences, the current conclusions present a challenge to the CMS requirement that Medicare drug plans cover "all or substantially all" antidepressants (one of six therapeutic classes with this universal coverage requirement).

In addition to CMS and AHRQ, states and consumers are seeking more evidence to support the use of new medical products and treatments. The Drug Effectiveness Review Program (DERP), administered by the Oregon Health & Science University (OHSU) Center for Evidence-Based Policy, provides pharmacy clinical reviews to 15 state Medicaid programs and other organizations. This information from DERP, plus additional assessments by third-party vendor First Health, helps states compile preferred drug lists for Medicaid and other state pharmacy programs. Consumers Union also taps DERP reviews in identifying the best and most cost-effective drugs for its Best Buy Drugs program.

In the international arena, the United Kingdom's National Institute for Health and Clinical Excellence (NICE) has made cost-effectiveness analysis an acceptable part of the evaluation process for drugs, particularly those that raise coverage questions due to high cost or uncertain effectiveness. NICE technical appraisals of new drugs and medical procedures consider both clinical and economic issues, a key difference from AHRQ-sponsored reviews that explicitly exclude cost comparisons. The UK agency then recommends routine or selective use of a drug, or use only in a research setting.

In response to complaints that NICE reviews can delay patient access to important new medicines, the agency has established a shorter assessment process to get new treatments to patients faster. A recent "fast track" assessment that appeared in May (2006) recommends use of aromatese inhibitors to treat beast cancer. NICE also issued a guidance last month, on appropriate use of Herceptin for early-stage breast cancer, an issue that made headlines in the United Kingdom several months ago, when a woman successfully sued her local health service to obtain such coverage. The court ruling, though, raised concerns among British health officials that a requirement to cover this costly drug more broadly would limit treatments for other patients. Because the UK health system has a fixed budget, "we have a responsibility to make hard decisions," said NICE chief executive Andrew Dillon, at the CED conference. If a local health service wants to pay for a very costly drug, it has to cut back somewhere else.

Jill Wechsler is Pharm Exec's Washingtoncorrespondent. She can be reached at jwechsler@advanstar.com 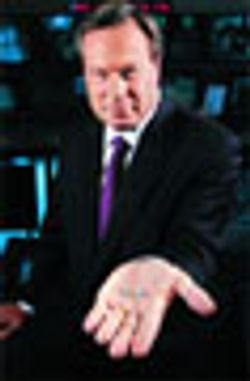 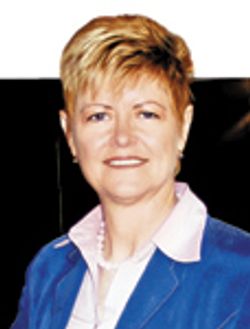 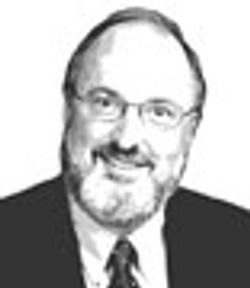 From the Editor: Are We Hungry Yet?