Win Your Brand with Action

Many people who have participated in traditional pharmaceutical war games, where internal teams of pharma professionals role-play their and their competitors’ brand teams, enjoy the 1-2 day experience. However, they also share many frustrations with these exercises. The chief complaint with traditional war games is that nothing ever changes following the war games. There are no specific, prioritized action steps executed to help the brand win in the market. In fact, these old model war games are not designed to identify action steps; instead, their primary objective has always been to identify and discuss competitive insights.

Unfortunately, competitive insights-unlike competitive actions-do not win brand wars. Some traditional war games may identify a myriad of sales and marketing tactics, but these also fail because they are too numerous to implement, not prioritized, or are not allowed by regulatory authorities during the pre-launch phase, the most critical time to win in the launch of a new product.

Fortunately, the newer model of pharma war games called “competitive simulations” are specifically intended to rectify all of the major problems associated with the outdated, traditional war games. Most important, these “War Games 2.0” are designed from the outset to identify and ensure implementation of 3-5 prioritized action steps to help brands win. Here are seven ways that competitive simulations achieve this goal:

1. Action steps as the primary simulation objective: The overriding objective of a competitive simulation is 3-5 prioritized actions, which the extended brand team will align on, own, and execute. All other objectives are secondary to this goal.

2. Client ownership of the simulation and action steps: Historically, competitive intelligence and war game vendors have tried to make War Games 1.0 as easy and effortless as possible for clients by doing everything for them, including the background briefing documents, template design, on-site facilitation, note-taking, etc. They tell the client that all they need to do is “show up” on the day of the event. Unfortunately, this approach backfires: without any significant involvement or engagement other than filling out off-the-shelf templates on-site, the client’s professionals have no “skin in the game” or feeling of ownership of the war game or its outputs. Consequently, the competitive intelligence or war game vendor owns the workshop outcomes, not the client.

The consultants train client professionals to facilitate their own sessions, like real-world internal corporate meetings. The competition consultant facilities and ultimately directs the overall group to identify, prioritize, and align on a limited number (typically 3-5) action steps that are feasible, impactful, and executable.

3. Senior management engagement, buy-in, and support: One of the major reasons that traditional war games fail to execute actions is that the client’s senior leadership--including selected C-suite members and the functional leaders of marketing, medical affairs/clinical development, payers, commercial/sales operations, and communications--are not part of the process and only briefed following the exercise. Not surprisingly, since these executives have not been involved in the process or the event, they often question, challenge, and reject many of the outputs.

In contrast, in War Games 2.0, senior executives are considered part of the extended team from the outset and participate in the entire simulation, including the preparation, template development, discussion, and ultimately the action step selection and prioritization. This high level of engagement ensures their understanding and buy-in for the actions identified, smoothing the way for their support, enthusiasm, and guidance for the subsequent actions.

4. Multi-disciplinary, cross-functional participation: Traditional war games usually include four functions: marketing, sales, payers, and medical. As a result, if any tactics are identified, they are limited to marketing, sales, payer, and medical tactics. Unfortunately, in the current competitive environment, this approach is myopic: pharma companies today compete much more holistically, including actions related to regulatory, legal, supply chain, partnerships, policies,

conferences, multiple types of stakeholders, and many others.

Consequently, the new war games consultants work with clients to carefully select and incorporate more cross-functional, multi-disciplinary, and pan-geographic internal professionals to ensure consideration of the numerous ways for either competitors or the company to win. Including regulatory, legal, and other compliance professionals in the simulation process also enhances their understanding of the competitive landscape and the rationale for the recommended simulation actions, thereby increasing the likelihood of their ultimate support and approval.

5. Simulation action planning templates and breakouts: Unlike traditional war games, competitive simulations include action-planning rounds, templates, and breakouts prior to and during the workshop. Teams are forced to identify, prioritize, rationalize, and present their recommended action steps to the senior executives and the other team members. By doing this over several rounds, these action steps are continuously vetted and pressure-tested. The final prioritization of action steps is the result of a highly-iterative and highly-engaged process to ensure the best selection of executable action steps.

6. Action planning process, monitoring, and measurement: Once the group has prioritized the actions, teams are selected on-site at the end of the simulation to prepare detailed plans for execution of these steps. Essentially, the teams are simulating the implementation of the actions, including the supporting activities, roles and responsibilities, resources, timing, final deliverables, metrics, and potential challenges to successful implementation. Following the simulation, these action-planning teams are required to present and update the action plans regularly to either an existing executive team or a newly-created one.

7. Embedding actions into brand plans: Traditional war games are typically one-off exercises; they are not integrated into brand plans. In contrast, competitive simulation consultants recognize that the team’s selected simulation action steps are an integral part of brand plans and must be embedded appropriately. Since simulations usually identify new or different actions from existing brand plans, senior management and brand leaders must reprioritize and resource these actions as part of the overall plan. They must also help eliminate other current or planned activities that are non-essential to free up resources and time for the new prioritized action steps. War Games 2.0 highlight for brand teams the essential winning actions to execute in the marketplace.

Stan Bernard, a member of Pharm Exec’s Editorial Advisory Board, is President of Bernard Associates LLC, a global pharmaceutical industry competition consulting firm. He can be reached at SBernardMD@BernardAssociatesLLC.com 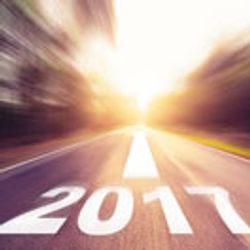 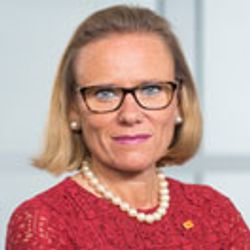 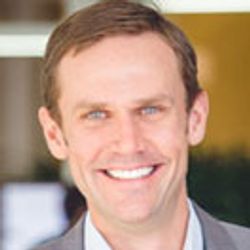 The ‘Healthcare Internet of Things’