Lisa Henderson is Editor-in-Chief of Applied Clinical Trials and Pharm Exec. She can be reached at lhenderson@mmhgroup.com.

A big thank you to you, our readers, for lending your voice to Pharm Exec's editorial mission-giving you the information you need and want. Click ahead for a look at some of the future topics we'll be tackling.

For my first editorial just a few months ago, I wrote about the experts on the Pharmaceutical Executive Editorial Advisory Board, and how fortunate to be able to rely on them as I learned this side of drug development. Now I’d like to take some time to thank you, the readers. We have sent two surveys recently to our readership, one through the SurveyMonkey platform, and one through a third-party provider. They were both geared to better understand your needs, your interests, and how you view Pharmaceutical Executive. For everyone who took the time from their busy day to respond, thank you. Please know that we

This is what we’ve learned about you. The majority of you read the cover story of each issue, followed by news, and executive interviews. Globally, the regions you are most interested in learning more about are EU minus UK, UK, Japan, and China. The majority of you-41.8%-have been reading Pharmaceutical Executive for one to five years, followed by 21.7% at six to 10 years. Further, 26% of you are in corporate management, followed by R&D, QA/QC management, sales management, and medical/clinical management. A combined 64.5% of you have been in the industry for 11 to 30 years.

Our mission is to give you the information you want, in the format you prefer, with the best analysis, writing, and thought leadership that you have come to expect from Pharmaceutical Executive. Along with the information you want, we also want to make sure we provide you with the “you don’t know what you don’t know until you know it” moment. As journalists, we live for that. When we talk to executives, attend a conference, or see a trend coalescing, we get excited and have to tackle it.

The editorial team currently is planning articles for the last quarter, and mapping out next year. To be sure, next year you will be reading a lot about health outcomes and real-world evidence. That topic, though around for years, is really coming into its own because of technology, and the overall basis for pricing, reimbursement, and value-based contracting.

Traditionally, Pharmaceutical Executive has a US bent, but drug development is globalized and that is a reality. Our country reports, which are a mainstay section in every issue, will bring you insights from countries such as Austria, Canada, Brazil, Japan, and Switzerland in the near future. We will also be featuring executives from Japan and the EU to gain their global views.

Another topic we are going to feature early next year is the reputation of the pharmaceutical industry. I’ve said it many times and in many ways. A few rotten apples don’t spoil the bunch. The general public doesn’t understand how expensive drug development is. Pharma has the smartest and most even-keeled people I’ve ever met, and all of them believe they are in it to truly help people. We all have to live the realities of business, but the good stories about the industry just don’t readily float to the top. I may be preaching to the choir here, but we really do want to help industry show its better half. And that’s you, the readers.

I live in New Jersey. I regularly meet people that are connected to pharma-at the gym, local hangouts, parents of my children’s friends. It literally happens all the time. On my daily commute, in all likelihood, of all the people I cut off in traffic, one in five are affiliated with pharma.(Kidding, I’m a great driver.)

But my point is, in this innovative industry, which employs the best and the brightest, and keeps a lot of local and global economies going, it shouldn’t get such the bad rap.

Rome wasn’t built in a day. As one EAB member recently pointed out to me, people used to spit on US soldiers coming back from Vietnam, and now people offer to buy soldiers coffee or clap as they walk through the airport.

But changing that rep does start with people such as Merck CEO Ken Frazier, who recently stood up for his principles on a very public stage. It starts with companies such as Mylan, which addressed its problems and moves forward for positive change. It starts with sharing stories and learning from others in honest dialogue.

Other topics in the pipeline for next year include emerging biopharma, which builds on an eBook of the same name available this month; where pharma talent is coming from and where they are going to; compliance challenges and specialty pharma, in addition to our anchor reports including the annual industry forecast, the Pharma 50, emerging pharma leaders, and the pipeline report. Also this month, we introduce our new tagline: Commercial Insights for the C-Suite, and we look forward to supporting your endeavors in pharma. 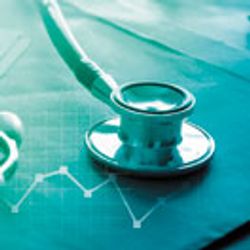 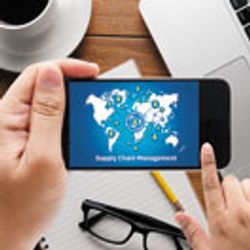 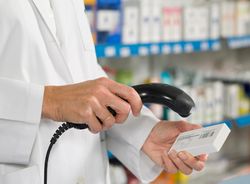