Behind an economic revival in Portugal, including healthcare spending growth, the nation’s life sciences sector is benefiting as well, with Portugal diverging from the European averages to show an increase in R&D and innovation.

Portugal experienced the best economic growth in a decade in 2017, up 1.2% on the previous year to 2.9%, and the Bank of Portugal reports 2018 will see 2.8% growth. Adalberto Campos Fernandes, the minister of health, comments, "We are performing favorably; we see remarkable GDP growth, low rates of unemployment, and enjoy a more stable budget (...) These steps forward contrast sharply with the difficult period between 2011-2014."

Further evidence on an economic revival includes healthcare spending growing to 8.9% of GDP-which lags behind more developed EU economies such as France and Switzerland, but aligns closely with Northern Europe and Scandinavia. Manuel Heitor, the minister of science and technology, explains that the entire life sciences sector stands to benefit, and a change in strategy will drive progress in science. "Portugal has since diverged from the European averages to show an increase in R&D and innovation. The official data is clear: public expenditure in R&D increased by EUR 40 million (USD 46 million) last year, and private spending increased by EUR 90 million (USD 105 million)." 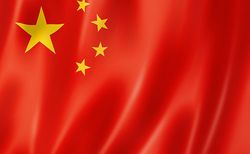