From Science to Success

A common takeaway in our exploration of "Emerging Biopharma" appears to be that these companies are those that go beyond pure discovery-and put equal efforts into the pivot to potential commercialization.

Upon “finally” completing my articles for this issue, I happened upon Matthew Herper’s recent interview on Forbes. Featured was newly-named chief scientific officer for GSK, Hal Barron, with hiring insights from GSK CEO Emma Walmsley. The article is great, so you must read it, but here are some of Barron’s

highlights: he worked at Genentech since 1996, has overseen the development of 10 approved drugs, uses a very singular management approach, is focusing on immunotherapy, and believes in genetic data for drug development. Not surprisingly, Barron announced last month a $300 million investment in 23andMe in a four-year collaboration to use the genetic database in drug development.

Will a long-time biotech professional be able to impact GSK’s pipeline and make the disciplined decisions that will generate greater sales toward the company’s overall bottom line? Most in the article believe he can do just that.

What evolved from our loosely termed “Emerging Biopharma” issue became a look at what turns a biotech into a biopharma, what factors can help transform scientific innovation into commercial success, and what tracks biotech takes in its drug journey. Clearly, Barron’s path represents the now-classic example of small biotech growing to the role of larger biopharma.

However, what is a biotech, biopharma, and large pharma have blurred. The former delineation of biotech/big molecule, pharma/small molecule don’t hold true anymore, as much of large pharma is on-board with biologics and other cutting-edge therapies. And with more former big pharma professionals bringing their commercial insights and business acumen into biotech, and biotech executives bringing their nimble and focused decision-making to pharma, even organizational descriptions begin to blur.

As we detail in our coverage (see here, here, and here), certain geographical regions are betting big to become the next biotech innovation hub a la Boston. We look at Philadelphia, New York City, and New Jersey and Barcelona, Spain, as a vibrant European example. In November, we plan to focus on the Southeast and the West Coast and Midwest early next year.

The editors are also aware of the many other states and regions in the US that are investing heavily in life sciences and innovation. Some clearly have been doing it for quite some time, based on the academic research centers and universities in their area. But there are similarities and characteristics in the areas we initially selected to compare to determine their future potential and ability to rise to the first tier.

Another trend is the location of big pharma innovation centers in Cambridge. Novartis, Bayer, and Sanofi are included in our article, and each has a leader rich with a research background and strategic focus to collaborate with innovators in the region. But as rewarding as science is, it can become less so if the goal of

reaching patients with drug solutions is not met.

You will read in these articles a similar thread-science needs to start with the patient and the success of a compound depends on the science, trial design, endpoints, and then clinical and regulatory execution. Commercial success comes after and is closely matched to product differentiation from other drugs on the market.

It appears that the emerging biopharma is a biotech that puts equal efforts into the commercial pivot, the step that separates pure science from crass commercialism. A separation of church and state, if you will. As one executive said, “I went to the dark side and came back,” but he came back with patient insights from the commercial side to help inform scientists and make those decisions to move forward or not.

I have heard that it can be very difficult for a scientist or medical director to “let go” of a questionable compound, and the reason why some Phase III trials fail is that one person is pushing it against all odds. We’ve heard the term fail-fast for years, but maybe the term succeed-succinctly would be more empowering. 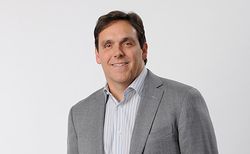 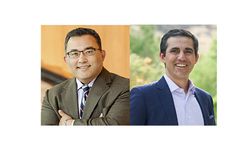