Research-based companies in Europe look as though they have lost one battle on preserving incentives for innovation-but the bigger war is only now really getting underway.

After lengthy reflection, the European Commission decided recently that it is time to ease back on the protection that the supplementary protection certificate (SPC) offers to innovators. It is proposing a Bolar-style waiver for Europe that would allow generic competitors to manufacture stocks even before the SPC expires on an original product they wish to copy.

This so-called manufacturing waiver will simplify life for European copy-product firms by allowing them to start producing a generic or biosimilar for export to non-European Union (EU) markets where this type of protection does not exist. It goes a long way to answering the persistent protests from European generic firms that they lose out in important export markets to manufacturers based outside the EU, and which are not restrained by the EU SPC.

Senior EU officials justified the move as a pragmatic response to an evident challenge. Commission Vice President Jyrki Katainen called it “a well-calibrated adjustment to the current regime to remove a legal barrier that was preventing our companies from competing on equal terms on global markets where competition is fierce.” And Elzbieta Bienkowska, the commissioner responsible for industry, predicted a positive impact on growth and up to 25,000 new jobs in the EU, as well as $1 billion net additional sales per year.

But it was greeted with howls of anguish from the European research-based industry, accompanied by warnings that innovative companies might choose to move abroad. It described the plan as an attack on intellectual property rights and a threat to advances in therapy. “It also sends a global signal that Europe is weakening its commitment to IP,” the research lobby added, putting at “serious risk” investment, jobs, and European growth.

Since then, however, the group has relaxed a little its view of this element in the IP campaign. A key figure in the research-based sector, Stefan Oschmann, CEO of Merck KGaA, Darmstadt, Germany, admitted in early July that it was time to move on from this particular setback. He is doubtless keeping his power dry for the much bigger conflicts that will be fought over the coming year, and that will raise issues about the substance of the SPC, rather than just a detail about a manufacturing waiver. Related incentives for pharma that offer extended protection in return for research-including the orphan drugs scheme and the pediatric medicines scheme-are also going to become arenas for the fight.

New heat has been brought to this battlefield by the publication of an EU-commissioned study that aims at assessing the value for money of these incentive schemes. This has provided some support to the research-based industry, but not necessarily enough for it to escape unscathed. Across nearly 400 pages, the study analyses the operation of the five main schemes that were designed to boost EU medicines research, and attempts to reach conclusions as to whether they are really leading to more and better medicines, or merely preventing erosion of drug industry profits by delaying the entry of generic competition.

The good news for the drug industry as it readies itself to defend its incentives is the finding in the study that the average total protection from patents and additional measures declined from 15 years to 13 years between 1996 and 2016-partly owing to increased regulatory requirements, and to the demands of more complex and, consequently, lengthier research and development.

Its case for maintaining these schemes is bolstered by the finding that average development time-from first patent filing to first EU marketing authorization-has increased from 10 years to 15 years. The study says, helpfully, that the accompanying higher risk profile of investments “requires a higher expected revenue and profit.” Itis, therefore, not uncommon thatthere are some “very profitablesingle medicinal products” tocover the investments that fail tosecure a marketed product in theend, the study adds. “A first conclusionis that the incentives and rewards provide the additional protection that they were designed to do,” it says.

But in assessing the implications of the additional protection when product availability and accessibility are taken into account, the results are more mixed, and the evidence is “ambiguous.” So, the study ducks out of giving any firm advice. “It is not within the scope of this study to advise on the ‘right’ balance between innovation and lower prices of medicinal products through faster availability of generics; it is ultimately a political decision,” it says.

That “political decision” can come only from the EU’s legislative process-and that is in the lap of the gods. The Commission’s stated aim is “to provide results by 2019 to allow the next Commission to take informed decision about possible policy options” in the evaluation of the orphan and pediatric regulations. But the ultimate decision will not be in the hands of the Commission, which, in pro-growth mood three years ago, said it was time to “consolidate and modernize intellectual property rights as a way to stimulate innovation and growth within the European Union and to engage in a reflection on ways to improve the patent system in Europe… for pharmaceuticals.”

EU law is made by the European Parliament, with its wide assortment of different interests, and by the EU Council, where national ministers meet. And going by many of their recent pronouncements, there is no unqualified admiration for the industry in these institutions.

The parliament’s views on incentives can be gauged from its own resolution on access to medicines, which carries, up front, the statement that “the entry of generics onto the market is an important mechanism for

increasing competition, reducing prices, and ensuring the sustainability of healthcare systems.” It goes on to conclude that “the market entry of generics should not be delayed and competition should not be distorted.” In addition, it throws in the observation that “in many cases, the prices of new medicines have increased during the past few decades to the point of being unaffordable to many European citizens and of threatening the sustainability of national health care systems.”

Within the Council, the genesis of this review of IP lies in the angry conclusions of health ministers as far back as 2016, when they demanded an inquiry into how these incentive schemes achieved an effective trade-off between innovation, availability, and accessibility of medicines. But suspicion of the drug industry is a constantly-recurring theme. Earlier this year health ministers were invited by the chair of the Health Council to discuss questions such as “How can member states make sure that health comes first before commercial interests?” or “European pharmaceutical industry, committed to health?”

To complicate matters still further, the composition of both the European Commission and the European Parliament will be significantly changed next year, which is when proposals are to be finalized and decisions are to be made. It is impossible at this stage to predict with any accuracy what the character of these institutions will be, but the likelihood is that in the current surge of populism in Europe, many of the successful candidates from the election for the parliament will be from more radical parties rather than the mainstream centrists, and this may well result in more extreme attitudes-including criticisms-of the drug industry and its pricing. Similarly, there is no guarantee that the essentially pro-business agenda of the current European Commission under Jean-Claude Juncker will be maintained under new leadership.

This is a headache that industry leaders are not going to be cured of either easily or rapidly. 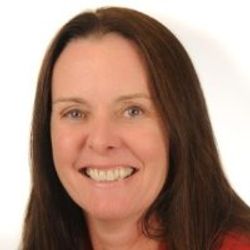 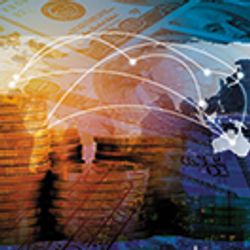 Cross-Border Funding in the Life Sciences

Face It. You’re Not a Biotech Anymore