Boasting a long and proud tradition in the life sciences, consistently ranked among the world’s most pioneering countries, Sweden’s biggest task will be to maintain such standards in an era where medical science is becoming ever more sophisticated and integrated with other disciplines.

Sweden’s $4.8 billion pharmaceutical market, its population size of 10 million, and marginal positioning on the northerly fringe of the European Union all belie a legacy as a real titan of life sciences. The country that has introduced some of the most impactful healthcare inventions of the 20th century-whether that be the implantable pacemaker, the artificial kidney, the respirator, or the gamma knife-clearly manages to punch well above its weight.

Moreover, many of the sector fundamentals look sound. “Sweden boasts a long and proud tradition in science, research, and development, which has seen it consistently ranked among the most pioneering countries of the world, and considering its maturity, the local pharma market is experiencing a healthy growth rate, with IQVIA predicting an estimated laudable four percent average annual growth until 2022,” says Anders Blanck, director general of LIF, the trade association for the research-based pharmaceutical industry.

But whether the country can continue to maintain such a tempo of excellence in an era when medical science is becoming ever more sophisticated and integrated with other disciplines remains to be seen. “The world around us is on the move, so business as usual is no longer an option,” cautions Catarina Andersson Forsman, director general of the national regulator, the Medical Products Agency (MPA). 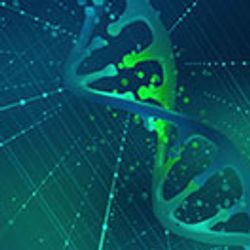 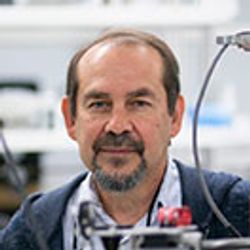 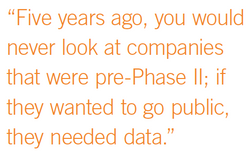 The Pace of Massive Innovation