This year’s 19th annual European Health Forum Gastein (Austria) once again attempted to establish unity in the face of EU woes. But are the Gastein region’s “healing powers” on the wane?

Back in 1998, when opening the first European Health Forum Gastein (EHFG), Dr. Günther Leiner observed that “the spirit of Europe has its home in this part of Salzburg.” Indeed, the region had established a place in European unification politics as far back as the First Treaty of Gastein in 1365 (which clarified interests between Friuli and Austria-Bavaria). The 1865 Gastein Convention would have less success in diffusing tensions between Austria and neighboring Prussia (war followed), but the region was by then well established as a hub for Europe’s statesmen, aristocrats and society folk, who found it an agreeable retreat at which to negotiate policy, enjoy a holiday or take the waters (long known for their restorative qualities).

In keeping with Gastein’s “healing” tradition, the 1998 Health Forum would look to give “important and constructive incentives for the future of Europe,” with a focus on issues pertaining to the imminent enlargement of the EU: the coming of the Euro; cross-border care; knowledge transfer between East and West; etc. The challenges seemed manifold, but they were at least challenges associated with a strengthening Union, one that was looking to the new Millennium with an expanded sense of purpose.

Fast-forward 19 years and the 2016 Gastein Health Forum was presiding over a European project facing more destructive problems, not least in the de facto shift toward nationalism in several of its member states (a shift conveniently symbolized by that elephant in the event hall, Brexit). Gastein remained steadfast in its endorsement of the migration agenda, the 2016 event, titled Demographics & Diversity in Europe, strongly emphasizing the economic and social good that comes from immigration and increased diversity, while addressing its attendant challenges: (larger) aging populations; refugee health; health literacy.

But while the venue’s main foyer would exhibit upbeat images of immigrants, and “We Are the World” would play over the loudspeakers at the end of the opening plenary, the underlying sense of anger at the anti-EU sentiment in some of the member states was ever-present, boiling over on a few occasions, such as in Martin McKee’s ferocious attack on Brexit and Shada Islam’s wake-up call to the EU’s leaders. On a calmer level, there was evidence of a recognition of the deepening divide between the political elite and the people, with Zsussanna Jakab, regional director of WHO Europe, asserting that Europe “needs to regain the trust of its citizens.” In many ways, unity seems much further away than it did in 1998.

Next year will see the 20th Health Forum Gastein, and one can expect the organizers to indulge in some self-congratulation to mark the occasion, whatever new problems may be engulfing the EU by then. But, further afield, the question is not so much whether Gastein can continue to offer “constructive incentives for the future of Europe,” as whether the region itself remains enough of an attraction to draw in the great and the good. After all, the marketplace for health policy events is considerably more crowded than it was back in 1998.

As one Gastein observer noted, health policy is now discussed frequently in Brussels, Paris, Berlin, London “and a dozen other places much easier (and cheaper) to get to than a sequestered mountain resort halfway between Salzburg and Slovenia.” Indeed, such a destination is hard to justify in times of austere accounting; even the European Commission appears to agree-it cut its own engagement at Gastein this year. How long the drug firms that largely underwrite the event will continue to support it is another question.

Ultimately, Gastein’s great traditions and healing waters may not be enough to shield it from blunt market forces. But the region’s sense of romance and history- and its noble, centuries-old association with unity-is not one that will be easily emulated at the Sheraton Brussels Airport Hotel.

Julian Upton is Pharm Exec’s European & Online Editor. He can be reached at julian.upton@ubm.com 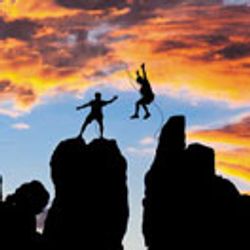 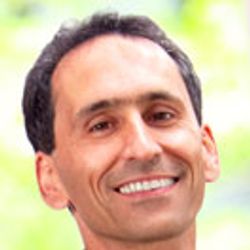 Digital Disruption is Coming: Are You Ready? 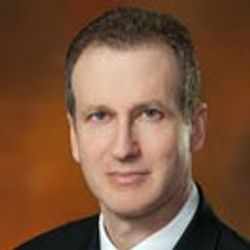