Without common reporting standards in place, researchers have little incentive to share data with scientists elsewhere in the company. When researchers don't sharedata on a regular basis, they can begin to feel proprietary about their work-and even less inclined to disclose their results.

Less than a decade ago, the roche research centers in switzerland, California and Japan rarely shared results with each other, much less with sister centers in Germany, the United Kingdom or New Jersey. In keeping with the company's long tradition of autonomous research, independent project teams pressed their own research agendas at each site, posing questions, evaluating data, and reporting results as they saw fit. State-of-the-art computer systems guided much of the research, but each system was as autonomous as the researchers themselves. Well into the age of the Internet, the company maintained an archipelago of productive, but ultimately insular, electronic research islands.

Although the research centers ran the same types of analyses, such as binding assays for G-protein-coupled receptors, they lacked standard protocols and reported results in different units: percent of control, percent of inhibition, or pKi. Even if the researchers could share these results, comparisons would be meaningless without normalization. When researchers don't share data on a regular basis, they can begin to feel proprietary about their work—and even less inclined to disclose their results. In the worst case, the research structure fosters competition rather than collaboration with colleagues.

Despite its commitment to maintaining autonomous research centers, Roche's research management team began to see the electronic disconnect between laboratories as a liability that cost the company time, money and knowledge. As a result, it decided in 1998 to establish Global Research Informatics (GRI), an organization to standardize informatics tools at all research centers, and thereby enable global sharing of research results. Encouraging laboratories to share data would enable each scientist to work autonomously but draw conclusions from an enlarged perspective. GRI aimed to select, fund, and oversee a portfolio of projects that developed a set of globally applicable informatics tools. GRI projects were chosen only if they added value to Roche discovery research worldwide.

Today, scientists at the (now) five Roche research centers around the world routinely order experiments online at remote automated service labs, such as the cardiovascular safety center or the toxicogenomics center. Requesting an experiment is typically as simple as filling out a Web-based form. After the electronic request, every step of the experiment is guided by informatics.

If the request goes to the Process Biology Lab in Nutley, New Jersey, for instance, the system can propose candidate samples from a 3000-sample tissue collection based on pathology, donor information, and clinical parameters. The electronic inventory system scans a global database and locates, in a roomful of giant freezers, the particular tissue sample needed for the experiment. Robots follow standard protocols to retrieve the sample and prepare it for experiments that generate more than three million data points—far too many to handle without informatics. The data flow into an information management system, where they are archived. Scientists in the service lab analyze the results and return recommendations to the requester.

The global computer infrastructure has grown rapidly over the past seven years at Roche research centers, where GRI has sponsored nearly 400 informatics projects. About 80 of those projects improved the hardware infrastructure to accommodate new, advanced software. The remaining projects led to some 200 software implementations and system upgrades. Among them are key Web-based systems that enable Roche researchers worldwide to share assay results within a few hours.

Once GRI supplied the initial activation energy for Roche's global informatics systems, researchers began pushing for new technology to support a wider range of activities. Scientists began to standardize their own processes (e.g., screening and safety assays) so they could reuse comparable results.

The electronic integration of global research at Roche coincided with a spike in discoveries at the company. In 1998, when the GRI projects began, the Roche research pipeline was at a low level. But by 2004, it overflowed with new drug candidates. Although this success is the product of many factors besides informatics, research became more fruitful during a period when global access to data and knowledge increased rapidly.

Using informatics as a lever to change global research policies was no accident. GRI began as part of the vision of top research management, which set escalating objectives aimed at increasing the sophistication of informatics at Roche:

Every year, Roche selects and sponsors informatics projects to meet these objectives, from the most basic projects at level 1 to state-of-the-art implementations at level 5. In the first years of GRI history, the project portfolio emphasized level-1 and level-2 systems to build a firm informatics foundation and encourage participation by the research community. The most fundamental informatics systems became company-wide institutions that could demand global allegiance.

One of them—IRCI, for Integrated Roche Chemical Information—is a global, Web-based system for registering and keeping account of Roche experimental compounds. Today, its use throughout Roche is compulsory. IRCI replaced several local registration systems and engendered a universal numbering scheme for experimental compounds that uniquely identifies each batch synthesized. Rodin, another key system for global information sharing that was launched, like IRCI, in 2000, gave researchers their first look at assay results from other Roche sites.

A few basic principles have guided GRI's selection and management of projects:

Limit research informatics projects to one year GRI established this principle to help teams focus on the project deliverables. GRI meets with research leaders near the end of each year to choose the next year's project portfolio—the set of proposed research informatics projects that the organization will fund. Work on the projects spans the following year. Naturally, some efforts in informatics (such as developing a large software system) require more than a year to complete. In these cases, they break down the work into multiple, sequential projects; thus, the team begins work anew each year on the next set of deliverables.

Design tools for scalability and compatibility Informatics is a discipline that embraces rapid technological change. Roche cannot afford to discard systems every year, so GRI builds informatics products to last.

Consider two global information-sharing systems: GeneIndex, which gives users access to all available information (internal and public) on genes, and the previously mentioned Rodin, a system for sharing assay results and project information. Both undergo frequent and substantial upgrades in scope and capacity, and each has changed in look and feel. Nevertheless, all the changes represent planned remodeling, not rebuilding. As the systems evolve, their designers continue to pursue the original goals: great flexibility in the quantity and types of data the systems can handle and the number of data repositories they can tap.

Initially, GRI introduced the research community to informatics tools that made global information sharing a reality. Given this new capability, researchers moved to increase the quantity and quality of the information they shared. For the first time at Roche, the research community adopted global standards that fostered collaboration with colleagues worldwide. The history of Rodin illustrates this dynamic.

GRI released the first version of Rodin in 1998 as the global source of high-throughput screening (HTS) results (a measure of binding by experimental compounds to biological receptors). HTS is an automated process conducted throughout Roche by robotic equipment. Because of their uniformity, HTS results were the only viable candidate for global dissemination through Rodin.

Once Rodin was up and running, researchers at any Roche site could view up-to-date assay results produced at other locations and compare them in a meaningful way. In addition, researchers could browse the structures of the compounds used in the assays.

Given a taste of global access to HTS results, researchers expressed interest in sharing other types of assay results. In laboratories where pharmacological assays are conducted, informatics specialists installed ActivityBase to capture and manage the assay results uniformly. This move enabled researchers to achieve a consistent workflow from site to site. In addition, the informatics specialists designed interface software to upload validated assay results to Rodin's global data warehouse.

The next incarnation of Rodin provided new user and workflow interfaces, which made it possible for researchers to examine both pharmacological and HTS results associated with compounds and with individual research projects. For example, researchers conducting a kinase project at one site could view the results obtained in other kinase projects, past or current, regardless of location.

Roche researchers instigated the next step in Rodin's evolution. They began to scrutinize the data generated by critical assays for determining the ADME (absorption, distribution, metabolism, excretion) properties of experimental compounds. They recognized that the results of an assay conducted on the same compound, but at different research sites, might not be comparable. Each site's protocols for conducting assays had its own flavor, so results would vary from site to site because of differences in the assay rather than the compound tested.

This realization spawned the corporate Multidimensional Optimization (MDO) Project to:

» identify the most effective assays for evaluating ADME

Supported at the highest levels of research management, the MDO Project became a corporate mandate for the globalization of key assays in discovery research. It also emerged as a significant milestone in the global sharing of research information. As a result of this mandate, a subsequent version of Rodin gave researchers rapid access to MDO assay results in addition to HTS and pharmacology.

Later chapters in Rodin's history tell a similar story. Rodin continued to evolve with the addition of preclinical assay results such as bioanalytical, drug metabolism, pathology, and toxicology studies.

Informatics triggered the initial move toward standardization, but the fruitful informatics environment encouraged researchers to share data and to globalize research methodology.

In addition to Rodin and its companion systems, GRI has conceived and supported a host of genomics, predictive, and molecular modeling systems to aid in identifying drug targets and clinical candidates. The 2005 project portfolio includes a line-up of advanced informatics tools with knowledge-sharing, correlation, and prediction capabilities.

Yet there is far to go. The downside of informatics abundance is that researchers have to operate each tool separately and meld the yield of data to reach some conclusion. GRI's next major challenge is to design and build an intelligent global system to evaluate relevant data from diverse, cross-disciplinary sources. The new system will be designed to find correlations, make predictions, and deliver recommendations.

Futuristic as this might seem, its planning has already begun. Many of the system's potential components now exist as independent informatics systems. Others (such as Biochemical Efficiency Predictive Tools) are currently in development. The goal is to consolidate information about targets, therapy areas, compounds, and genomics under a knowledge-driven user interface, now dubbed Dashboard. It is anticipated, for example, that users might interrogate Dashboard about a safety issue arising from a compound in a research project. Using information from a network of databases, and applying a set of underlying knowledge rules, Dashboard would rate the risk and advise the user on optimizing the compound's structure or exploring the safety issue through additional biological assays.

The debut of a system like Dashboard would herald a new and very different type of engagement between research and informatics. Traditionally, informatics professionals automated laboratories. Later, the contribution to research grew, as informatics specialists began to provide researchers with tools to support drug-discovery decisions. But with the appearance of systems like Dashboard, the informatics professional will assume a new role: partner in the quest to discover new medicines. Dashboard's knowledge base will incorporate Roche expertise in drug development (as well as discovery) and may even be used in secure and appropriate ways with Roche partners. 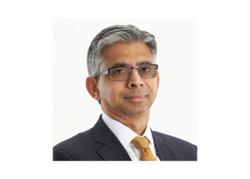