Laughter is the Best Medicine

Here are five pharmaceutical advertisement parodies that will make you howl 'till it hurts.

In this issue's Ad Stars feature we praise the work of some of the finest ad agencies in the industry for bringing Rx information to patients and professionals alike in a creative, engaging way across a variety of media. But not all drug ads this year had that spark; some were befuddling, bizarre, or just plain boring. Such ads do have one benefit: They give the comedy world ample fodder for parodies, and Saturday Night Live in particular has played the corny beach montages and coy looks for well-deserved laughs. Here are five of the best of these parodies in recent years.

A send-up of birth control brands—such as Duramed's Seasonique—that offer women fewer periods per year. Annuale, as the name suggests, cuts "fewer" down to "one"—and that drives the user temporarily insane. This appears to be straight-laced appeal to a variety of women, but the joke comes from the outrageous hyperbole that plays on the real ads' disclosures. The drug's side effects may be indistinguishable from the condition—or even worse, as illustrated by an axe-wielding Tina Fey: You might just end up giving birth to a fire child.

Drugs for urinary conditions have inspired some effective ads—remember those Detrol "Gotta Go!" spots? This one tackles Shy Bladder Syndrome (actual medical term!) with a product that removes your anxiety so completely that you have no qualms about sharing a urinal with a stranger or urinating as you're being ... well, see for yourself.

Ah, yes, erectile dysfunction—the scourge of one-third of all males once they hit their 40s. ED meds, like Viagra and Cialis, may be a boon for these men (those warnings about four-hour erections notwithstanding), but most of the pitches play the hint of sex a little too safe with those corny silver-haired-couples-on-the-beach-at-sunset montages. The Sproingo ad places its couple in a more domestic setting but otherwise deviates little from a typical ED script. It's the drug's mechanism of action that provides the comedy: A cartoon "Sproing!" sound lets the patient know when the moment is right. (A deflated whistle marks when time's up—or, er, down.)

OK, so we already had an example of a great urinary ad parody. The imagery in the Urigro spot, though, is too good to pass up. Thin-streamed hoses, blunt statements about wanting—and getting, thanks to Urigro—"louder, deeper-sounding urination" and a hands-free method send a clear message to all male urinaters: Do your masculinity a favor and talk to your doctor about Urigro. It's refreshing to hear an ad get right to the point, even if it is for a fictional product.

STD treatments are a sensitive spot, especially for TV ads. You don't want to offend the delicate sensibilities of viewers in certain age groups (potentially giving rise to awkward questions like "Grandma, what's herpes?"), but you still have to get your brand's message across. Still, if the ED ads are vague, these border on inchoate. But something else also seems amiss. People with partners who gave them the disease are depicted as calm and loving. Where's the anger and confusion? Answer: In this parody, Alec Baldwin and Amy Poehler are a long-wedded couple who recently tested positive for herpes. Baldwin's shifty, slimy cheater tells his perplexed wife not to "get caught up in the logic" of their situation (in which his philandering landed them). But you find yourself invested in—and inordinately amused by—this woman's situation. (You probably shouldn't be so amused, but the line readings are too good not to laugh at.) It adds the human element real STD ads lack. 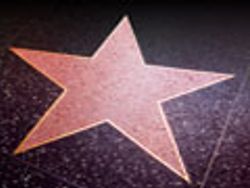 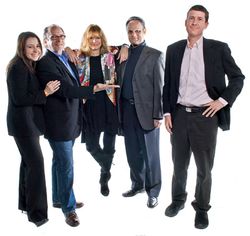