No one doubts the importance of health expenditures ? but then, euros, like dollars, don't grow on trees

One of the fears that the Big Pharma trade associations sow among a distracted membership is that without a common front on key issues the industry will end up as a "public utility." But do companies really have to act badly to avoid this outcome? Evidence is mounting that it may happen whatever course PhRMA and its counterparts in the big markets for Europe and Japan choose to take.

The near term suddenly carries the conditions for a "perfect storm" for the industry. Patent exclusivity losses are already under way. Although pharma pipelines, by many accounts, are headed out of the trough, a major revenue gap is expected to hold for the next two years due to expiries and the slow uptake of new products. Industry has little choice but to embrace major cost-cutting measures, including layoffs, outsourcing, consolidations, and divestitures.

What industry has not anticipated is a looming deficit and debt crisis of governments in the key mature markets, led by the US, on which the industry uniquely depends. This coincides with the industry's growing reliance on public-sector financing of drug purchases and health care overall. In the US, the government's share of total healthcare spending is facing a dramatic rise: by 2020, 49 percent, or $2.28 trillion, of that spend will come out of Uncle Sam's pocket, up from 45 percent in 2010, according to data just published by the journal Health Affairs.

The key strategic question is where will those additional dollars come from, when the US government's capacity to fund basic entitlements is already in arrears? The issue is compounded by deficit crisises abroad; austerity measures in Europe and elsewhere target drug spending outlays by necessity. Their cost-cutting tool of choice is a dramatic expansion of cross-border reference pricing, which is promoting a global "race to the bottom" as governments vie to be the lowest cost purchaser and force others to follow suit.

No one doubts the importance of health expenditures in the social context, but then, euros, like dollars, don't grow on trees. Given the magnitude of healthcare spending in countries everywhere, any attempt to bring costs under control prohibits the kind of negotiation by handshake "ring-fencing" that industry has enjoyed in the past. The stakes around the US deficit talks that will linger long after the Aug. 2 deadline for extension of the federal debt ceiling will determine whether the US remains the "world's medicine chest" or ends up joining the ranks of countries that treat the industry as a credit machine that can be tapped when—oops—their global budget ceiling for health doesn't add up. Will physicians finally get hit with scaled-back reimbursement rates from government, a proposal endlessly (and easily) postponed in years past? Will biologic exclusivity periods get shortened from 12 to seven years? Will CMS begin to negotiate drug prices under Part D, or receive newly mandated rebates from pharma on dual eligibles in Medicaid? Will the drug advertising tax deduction, or the tax repatriation holiday, get permanently canceled? With the US's credit—and US politicians'—reputation at stake, the deficit debacle has overtaken the entire dialogue around "innovation."

The point here is that the confluence of a public deficit crisis and the internal industry revenue gap created by genericization, a slower uptake in the market for new drugs, lackluster pipelines, a risk-averse FDA, means one thing: Big Pharma must choose its battles wisely.

One major issue is which horse to back in responding to this tightening market for medicine: private insurance or the US government? The proposed merger of pharmacy benefits managers Express Scripts and Medco will give private payers more leverage in drug pricing negotiations. Institutions like Kaiser Permanente amd the Cleveland Clinic are writing the book on managing medication costs. In many ways, they are becoming no different in their singular approach to cost control than that global symbol of single pay, the UK National Health Service.

On the other hand, healthcare reform is expected to bring 30 million new customers into the system, primarily through an expansion of Medicaid and other federal subsidies—and pharmaceutical companies will want a piece of that action. But will the legislation's new Independent Payment Advisory Board (IPAB) sharpen its teeth on pharma industry coffers? Will individual product pricing become irrelevant if IPAB has the power to set a global budget and basically peg any increase in health spending to the rise in CPI? Where in that remit is the "premium" for innovation?

Whatever choices pharma makes, it will need a voter-friendly strategy to avoid becoming the lender of first resort to health systems awash in unfunded obligations to an aging population. People vote—but institutions pay.

Real-World Evidence Is Becoming a Pivotal Component in Chinese Healthcare

Partnering to Respond to a Possible Nuclear Threat 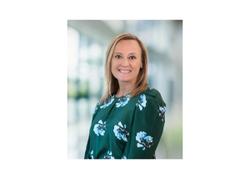