The new year begins on a note of optimism. A major breakthrough in stem cell research promises to open the door to new biomedical-research opportunities. The drawn-out Congressional debate over user-fee reauthorization and drug safety regulation is over, with most parties satisfied with resulting compromises. The Medicare drug benefit moved into its third year, showing signs of maturity and acceptance. The vaccine industry is experiencing a resurgence after years in the doldrums, with important new vaccines on the market and more under development. And unlike many previous years, the Food and Drug Administration had a confirmed commissioner for all of 2007, lending stability to the agency.

But this does not signal any slowdown in Congressional hearings and investigations. As the 2008 presidential campaign heats up, the pundits and politicians will have much more to say about the hot topics on this year's agenda:

FDAAA Implemention The legislative wrangling is over, and now the lawyers are in charge of deciphering what members of Congress really intended for many complex and contentious portions of the FDA Amendments Act [see "Whither FDA 'Revitalization'?]. There is considerable uncertainty about how and when manufacturers will have to file Risk Evaluation and Mitigation Strategies (REMS), especially for high-risk drugs already on the market. FDA has to clarify a process for tracking and enforcing compliance with Phase IV study commitments. And new requirements for registering a greatly expanded range of clinical trials and trial results present a substantial challenge for FDA and the National Library of Medicine.

FDA Deputy Commissioner Janet Woodcock indicated that a REMS may not be required for all drugs, in discussing FDAAA at a Food and Drug Law Institute conference in November. The agency will use its REMS authority "judiciously," she commented, noting that too many restricted drug-distribution programs could increase confusion and decrease access to the therapy.

One serious complication when Pharm Exec went to press last month was that FDA could not yet use the added revenues authorized under the Prescription Drug User Fee Act (PDUFA) section of FDAAA. The agency collected the higher fees, but could not spend the money until Congress approved its 2008 appropriation bill, which was caught in the wrangling between Democrats and the Bush administration over federal government spending. Efforts to modernize FDA's IT system and to expand access to outside safety information, among other new projects, may get off the ground very slowly.

Approval slowdown While wrestling with new programs, FDA is under pressure to demonstrate that it has not become overly gun-shy about approving new drugs for market. New drug approvals were down last year, as well as the number of new molecular entities (NMEs). Manufacturers complain that the agency is issuing more "approvable" letters, which demand additional trials and testing before final approval and often lead to narrow indications. Black-box warnings seem to be proliferating, as well as agency safety alerts and advisory-committee reviews of safety issues for certain drugs and drug classes.

FDA has launched a pilot program to reassess the risks and benefits of typical NMEs 18 months after approval. The agency hopes that it can speed up approvals and reduce postmarket crises by identifying ways to detect safety issues earlier in the review process. FDAAA provides FDA with additional tools for assessing product safety before and after approval, but that may not quell the political rhetoric about manufacturer malfeasance and FDA ineptitude.

Imports scrutiny Drug safety issues, along with the concerns generated by contaminated Chinese pet food and toys, have focused public attention on how well FDA and other government agencies can detect and halt the import of dangerous products. The Bush administration issued an Import Action Safety Plan in November that offered few new ideas or funding specifics but provides a basis for Congressional action. Legislators already are raising questions about the quality of foreign drug products and how well FDA monitors the growing volume of drugs and drug substances from China, India, and other countries. Investigators cite inadequate FDA computer systems for tracking foreign manufacturers and for inspecting overseas plants in a timely and efficient manner. There are proposals to authorize FDA curbs on inadequately documented imports and to collect user fees on imports to expand foreign inspections; those revenues also could support proposed FDA satellite offices in China and India.

Amidst the outcry over inadequate foreign inspections, FDA continues to struggle to meet requirements for monitoring pharmaceutical plants in the United States. The agency's field force has suffered from budget cuts, and recent reorganization plans have been derailed by opposition from regulatory staffers and from Congress. Perhaps demands to boost oversight of imports will increase support for domestic regulatory activities as well.

The push on drug pricing Despite concerns about hazardous medicines from overseas, some members of Congress continue to press for more liberal drug-reimporting policies to help consumers access low-cost medicines. Medicare Part D has greatly expanded government outlays for prescription drugs, and everyone wants to keep the drug spend under control. Democrats claim that government authority to negotiate payments for Medicare drug plans will help, as will full disclosure of manufacturer prices, curbs on drug advertising, and expanded access to low-cost generic drugs.

To achieve this last goal, Congress will continue to seek a pathway for FDA to approve follow-on biologics. The legislators agreed to drop that issue from FDAAA, but promised to take it up this year. And projections of big cost-savings from biosimilars will keep it on the front burner.

Comparative effectiveness analysis Better information on which medical treatments work best for certain patients could improve healthcare and cut spending by reducing inappropriate drug utilization and avoiding unnecessary or harmful procedures. That possibility is boosting support for a larger government role in assessing medical-treatment effectiveness, while health plans and payers also demand more evidence that medical products are cost-effective as well as safe and effective medically.

The challenge for drug and medical-product manufacturers is to encourage analysis of how drugs compare with alternative medical and surgical procedures—and not to use this information to control prices or deny coverage for innovative products. Even if a study indicates that a drug may be less effective for many patients, there should be room to prescribe that drug for a smaller patient population that may benefit.

Curbing conflicts of interest More independent assessments are needed because some members of Congress and consumer advocates believe that pharma exercises too much control over FDA decisions. The critics want to block scientists with industry ties from serving on FDA advisory boards, but agreed to a FDAAA compromise that allows some conflict-of-interest waivers so that important experts will be able to provide advice when needed. FDA has issued new policies to make COI and waiver policies more transparent and is taking steps to reduce waivers overall.

Concerns about industry influence at FDA have colored the formation of the new Reagan-Udall Foundation, created by FDAAA to support innovation and enhance safety for FDA-regulated products. FDA named a 14-member panel, headed by former FDA commissioner Mark McClellan, to oversee the new organization. But Rep. Rosa DeLauro (D-CT), who chairs the House Appropriations subcommittee in charge of FDA's budget, has objected that industry influence may lead the foundation to encourage the development of more profitable, but not necessarily safer, products.

DeLauro plans to hold hearings on Reagan-Udall and other COI issues, while also directing how FDA spends its annual budget. Sponsors have joined with the biomedical research community and other parties to urge a significant boost in agency resources so that FDA can better manage its continually expanding responsibilities. A new report to FDA's Science Board says that the agency needs more money and better computer systems to keep up with important scientific advances and adequately protect the nation's health [see "Show FDA the Money"]. It's not clear whether Congress will respond to this challenge or if this expert analysis will just gather dust on the shelf like so many similar undertakings. 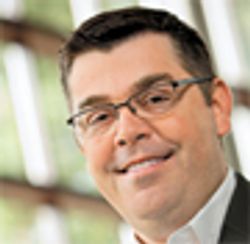 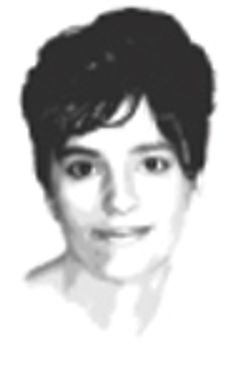 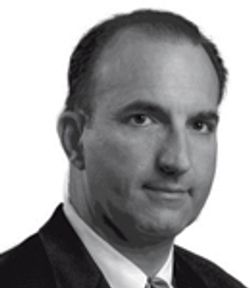 Beyond the Foggy Supply Chain