Our annual look at the drug industry's pipeline-the progress and the setbacks-puts my thoughts on those people driving new science behind the scenes in pharmaceutical research.

One of my sons recently said, after he watched a paper napkin drift from the table to the floor, “I wonder who was the first person to figure out that if you crumpled paper, it would just fall straight down because of density?” I said, “I don’t know.” His brother said, “Who cares?” Which one do you think is going into the sciences? My other son is gifted in other areas, but it’s the people that question and keep looking for reason

s or answers underlying the surface that probably excel in positions in research and science. I found myself thinking more about these people behind the scenes in pharmaceutical research, and none more so than reviewing this issue’s annual pipeline report.

What is true of many people and companies, there is no such thing as an overnight success. In last year’s report, we were highlighting some potential successes in Alzheimer’s, but as contributing writer Josh Baxt notes in this year’s report, high-profiles failures in this disease are leading researchers to question the scientific hypothesis around amyloid plaques.

With the first CAR-T therapies being approved in August and October-Kymriah and Yescarta in the blood cancers of leukemia and lymphoma, respectively-I did a cursory Internet search of chimeric antigen receptors. They went back to 2000. Since they probably were being hypothesized longer than the ability to post and quickly search on the Internet, an average of 20 years definitely falls into the overriding truth of the term overnight success. Factor in that studies around CAR were spurred by research into Epstein-Barr virus, discovered in 1964, and built on since then, truly scientific discoveries are a long-time effort in trial and error.

If you think about what actually is driving the current era of personalized medicine, preceded by the end of the blockbuster era, it is that scientists have found vaccines against deadly viruses; drugs that manage diseases affecting large populations; and effective cures for other diseases. That is what science has done. That science is now on the journey to rare diseases or those with unmet needs, is a testament to the research efforts into polio, rubella, statins, HIV/AIDS, and more.

Aside from the science advancing human health, regulatory authorities can positively affect getting the discoveries to patients. Specifically in the US, those pathways include orphan designation, breakthrough designation, priority review, and accelerated approvals. In 1983, the Orphan Drug Act was signed into law. Since then, over 600 drugs have been approved with the designation. A breakthrough therapy designation is for drugs intended to treat a serious condition where preliminary clinical evidence indicates that the drug may demonstrate a substantial improvement over currently available therapies. Since 2013, 87 drugs received approvals under that designation.

Many drugs in this year’s pipeline fall under orphan or rare disease categories. For example, Spark’s gene therapy voretigene neparvovec (Luxturna) for inherited retinal disease will, if approved (it won a 16-0 advisory panel backing last month), be the first therapy to improve hereditary blindness, which is an orphan indication that affects around 6,000 people worldwide. Drugs approved this year that advance rare diseases are avelumab, the first FDA-approved treatment for metastatic merkel cell carcinoma; lesipasvir and sofosbuvir is the first HCV direct-acting antiviral approved for use in adolescents; cerliponase alfa is the first FDA-approved treatment for a form of Batten disease; ibrutinib for the treatment of chronic graft-versus-host disease (GVHD); and benznidazole is the first treatment approved in the US for Chagas disease.

Besides the fact that this month is the popular pipeline report, which would be enough for me to write this editor’s letter around, I heard a radio commercial this morning for Penn Medicine’s cancer services talking about its role in a recent gene therapy approval, and explained to the public how CAR-T worked and how they could consider Penn for cancer services. That, of course, was its role in the approval of Novartis’ Kymriah.

Next month, we profile Ruud Dobber, President, AstraZeneca US, and Executive Vice President, North America, who earned a PhD in immunology and eventually became a researcher in the fields of aging and immunology. Dobber explained that as a scientist and a researcher, people learn to be resilient because there are so many failures. He says, “But if you are successful, you have that moment of ‘Eureka’ and that’s phenomenal.”

These are the times I’m thinking about those really resilient, curious, and dedicated scientists and researchers. I told my son he should go into the sciences. The other one? Maybe he can write about them. 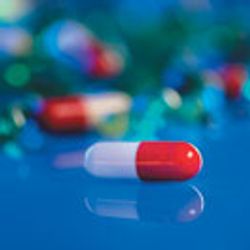 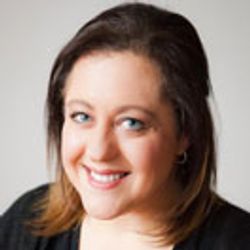 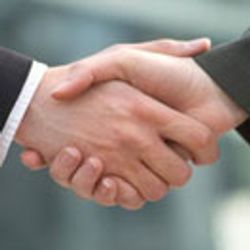