Welcome to our 2022 annual pipeline report, which takes a look at five therapeutic areas and their journeys to commercialization. All are important and chosen for their successes, failures, and controversies. To highlight the challenges and changes of drug discovery, we chose Alzheimer’s disease, ophthalmology, NASH, anti-infectives, and opioids. Here, I’m going to highlight anti-infectives/anti-microbials, which may be reaching a tipping point in 2022.

Perhaps because of COVID, there is an increased focus on infectious diseases. Although there is a huge difference between COVID and, say, strep throat, each is no less a threat to the human condition. In 2019, the CDC reported 2.8 million Americans get serious infections caused by antibiotic-resistant bacteria each year, with a resultant 35,000 deaths. In fact, it may be because antibiotics have been used successfully for so long to cure bacteria-caused infections that they aren’t viewed as a problem to quality of life. The problem is they mutate, change, and become resistant, and this is not a new phenomenon. An article from a 1998 issue of the BMJ goes in-depth on community-acquired bacteria infections and bacterial resistance as a result of overconsumption of antibiotics.

In our pipeline report, contributor Mike Straus notes a Pew Charitable Trust report from March 2021 stating over 95% of anti-infection drugs in the pipeline are being developed by startups, and over 70% of these companies are pre-revenue. Straus emphasizes more early phase work in this space, specifically in the area of phages, but late-phase and approved developments are clearly in evidence.

The company is also developing NUZYRA as a treatment for non-tuberculous mycobacteria and pulmonary anthrax. And Nabriva Therapeutics is in two Phase III trials evaluating Lefamulin, a semi-synthetic compound that inhibits the synthesis of bacterial protein for the treatment of adults with CABP.

In February 2022, our executive profile will be with Ted Schroeder, CEO of Nabriva Therapeutics. In a sneak peek, Schroeder describes his dedication to the antibiotics dilemma, one that he outlines in detail, but the bottom line is he stresses the need for constant innovation because of the ability of bacteria to continually resist treatment.

Multi-pronged approaches to address resistance include Antibiotic Stewardship Programs—which tackle the problem holistically across human consumption at all levels of care, as well as veterinary and agricultural uses. More programs come in the form of governing incentives, which include the Generating Antibiotic Incentives Now (GAIN) Act in June 2012, under FDASIA. However, earlier this year, an IQVIA blog noted that there is a dearth of GAIN exclusivity perks awarded, which again leads into the cyclical problem of little rewards for a lot of risk. 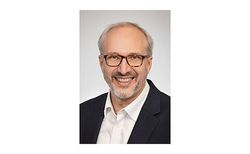 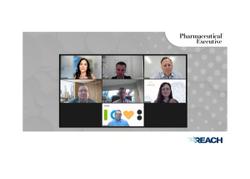 The Future of Sales and Marketing: How to Deliver Information in the Era of COVID-19 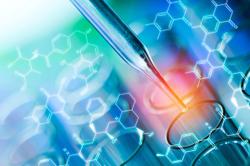