While federal prosecutors make headlines for charging drug marketers with fraud and anti-kickback violations, states are creating equally big headaches for the industry.

New state laws mandate diverse tracking and reporting requirements for payments and other incentives to healthcare professionals. Drug price disclosure requirements are multiplying, along with bans on "gifts" and other marketing activities.

While states have less muscle than federal prosecutors, they have the potential to create a nightmare of diverse--and sometimes contradictory--reporting mandates, said Serono compliance officer Robert Freeman at the Pharmaceutical Executive marketing and sales conference in June.

Pharma companies have typically opposed federal gift reporting legislation, but the proliferation of conflicting state laws is making federal intervention more attractive. At the same time, the industry fears that a federal law might establish a new regulatory floor that only encourages states to pile on more individual requirements.

Maine, for instance, will introduce reporting requirements later this year; the legislation would also cover national and regional advertising that reaches the state.

West Virginia and the District of Columbia have similarly enacted new reporting laws, with specific regulations still in the works.

In total, some 20 states are considering their own drug marketing curbs. They include states like Massachusetts, which wants to license sales reps and ban all gifts to doctors, threatening stiff fines and criminal penalties for violations. They also include Louisiana, which has extended its lobbyist disclosure legislation to sales reps detailing physicians who are state employees, such as the many doctors working for Louisiana hospitals.

Even states with longstanding marketing curbs have updated their legislation. Minnesota, which has banned gifts "of value" since 1993, recently put out guidance that appears to rule out meals for doctors altogether, noted Bert Johnson, chief compliance officer for Novartis Vaccines & Diagnostics.

Vermont has broken new ground by adding a disclosure requirement for drug prices. It wants sales reps to inform physicians of a drug's average wholesale price (AWP) during sales calls?even though the Inspector General discourages any marketing discussion of AWP pricing.

More price-control rules are also in the works. The District of Columbia is likely to revive its effort to outlaw sales of drugs with high prices (a measure previously tossed out as unconstitutional).

States also are showing their teeth with a range of enforcement actions, many piggybacking onto federal false claims settlements. State attorneys general have attacked companies for undermining drug reimportation efforts, for overcharging Medicaid programs, and for failing to disclose negative clinical trial results. 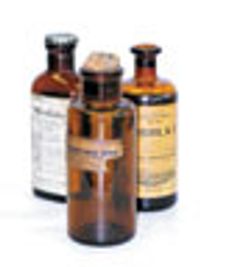 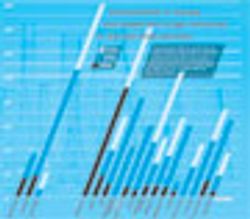