There has been a lot of good news about the Medicare drug benefit in recent weeks. Surveys show a substantial increase in coverage, particularly among low-income seniors. Costs are less than expected; employers continue to offer retiree benefits; major insurers are sticking with the program; and product coverage remains fairly broad. Beneficiaries seem generally satisfied with the program, and the much-feared "doughnut hole" appears less lethal than anticipated (see "A Narrow Gap").

There has been a lot of good news about the Medicare drug benefit in recent weeks. Surveys show a substantial increase in coverage, particularly among low-income seniors. Costs are less than expected; employers continue to offer retiree benefits; major insurers are sticking with the program; and product coverage remains fairly broad. Beneficiaries seem generally satisfied with the program, and the much-feared "doughnut hole" appears less lethal than anticipated (see "A Narrow Gap").

But as participation increases, which is inevitable as baby boomers retire, program spending is sure to rise. Program critics already claim that Part D prescription drug plans (PDPs) pay too much for drugs and that the government could negotiate lower prices from manufacturers. Insurers hope to avoid a government takeover with more aggressive formulary management and tougher negotiating for discounts on listed drug prices. As formularies tighten up and marketers face more pressure for price concessions, the first few years of Part D most likely will be the "golden years for enrollees and branded pharmaceutical companies alike," predicts IMS Health in assessing Part D's first year, 2006. (To read the full report, visit imshealth.com/medicarefirstyear.) Many challenges lie ahead.

As Medicare officials prepare for the 2008 open-enrollment period, which runs from mid-November to the end of 2007, they are highlighting continued access to relatively low-cost plans. The Centers for Medicare and Medicaid Services (CMS) happily announced in August that the average plan premium in 2008 will be about $25—up only slightly over this year and way below original estimates of $40 or more. And premiums for Medicare Advantage drug benefits will average $11 less.

Studies show these low rates have prompted most seniors to sign up for the program. By the beginning of 2007, almost 40 million Medicare beneficiaries had prescription drug coverage, up from 27 million in 2005, CMS reported. More than half (24 million) are enrolled in Part D; private employers continue to provide benefits for 7 million retirees; and 5 million federal government and military retirees have coverage through government health programs.

Similarly, a national survey of 16,000 seniors reports that 90 percent had some kind of prescription drug coverage in 2006, up from less than 50 percent in 2005. Half are in Part D plans, one-third obtain coverage from employers, and about 10 percent have benefits from the Veterans Administration or military, according to this report by the Kaiser Family Foundation, the Commonwealth Fund, and Tufts-New England Medical Center (published online at healthaffairs.org, Aug. 21). Part D plans have higher proportions of low-income members due to an automatic enrollment process, and seniors with chronic health conditions and high drug use were more likely to sign up than seniors with low drug use.

For pharma companies, the important result is higher drug utilization by this key patient cohort. The 24 million seniors enrolled in Part D plans filled approximately 486 million prescriptions in 2006—almost 15 percent of the total retail Rx market, according to the IMS report. The program drove utilization of most chronic therapeutic classes, particularly those for asymptomatic conditions, such as hypertension and high cholesterol, as well as treatments for depression, diabetes, pain, and ulcers.

With initial Part D spending lower than expected, policymakers want to continue this trend. Earlier this year, Congress debated legislation to eliminate the "noninterference" clause in the Medicare program, which prevents the federal government from negotiating prices for Part D plans. The bill failed, largely because the Congressional Budget Office predicted that public disclosure of drug prices and rebates would save little money—and might even discourage manufacturer discounting.

Even without legislation to make prices more transparent, Rep. Henry Waxman (D-CA) and other program critics are keeping a close watch on Medicare drug costs compared with other government health programs. Waxman's House Oversight and Government Reform Committee unveiled a study last May indicating that PDP prices on the most-prescribed brand-name medicines had jumped almost 7 percent from 2006 to 2007, much more than inflation. Waxman's team is looking for more evidence of Medicare overpayments for drugs in reams of Part D rebate data demanded from the top-12 plan sponsors. The Veterans Administration and other public health programs are concerned that policy changes might undermine their low price advantages, just as marketers and PDP sponsors fear that public disclosure of specific price data will compromise formulary negotiations.

Several factors may compel pharma companies to offer deeper discounts to Medicare plans. For one, PDPs now have at least one year of drug-utilization data to support claims that they can move market share. Further consolidation among Part D plans also is likely to give a few major insurers considerable clout in negotiating lower drug prices. Although there are some 70 PDP sponsors, the top two—UnitedHealth and Humana—have more than half the market, and the top-eight plans represent more than two-thirds.

In addition, plans are managing PDP formularies more aggressively. So far, PDPs have offered fairly robust formularies that list, on average, more than 2,400 products (half brands, half generics), reports Avalere Health. Now that Part D is more established, plans are tightening up. Three-fourths of PDPs have formularies with four or more tiers that provide a framework for ramping up co-pays and imposing restrictions on costly brand products. Most of the expensive specialty drugs are in the top tier, which could limit patient access.

CMS also is offering some flexibility to its requirement that formularies cover "all or substantially all" drugs in six protected drug categories by allowing plans to shift high-cost products to higher formulary tiers. In addition, CMS is paying less attention to the US Pharmacopeia "key drug type" coverage policy. CMS wants all PDPs to cover the 200 top drugs used by the elderly, but plans can implement a range of formulary tools to save money for Medicare and patients alike.

A key cost-saving strategy for plans is to encourage physicians and patients to use less-costly generic drugs. CMS reports that nearly 60 percent of Part D prescribing is for unbranded generics, slightly higher than for the total retail market. PDPs push generics by eliminating deductibles and reducing co-pays for these products, and by requiring pharmacists to notify patients if a low-cost generic is available.

Generic drug use should rise even more as important treatments lose patent protection. The first generic statins appeared in 2006, as patents expired for Bristol-Myers Squibb's pravastatin (Pravachol) and Merck's simvastatin (Zocor). Not only did this development provide access to less-costly generic statins, but the added competition allowed plans to curb prescribing for the remaining brands in the class.

Today's heightened focus on drug prices will only intensify as Congress scrutinizes drug benefits and costs more intensely and generics competition stiffens in important drug categories. These developments will encourage the stronger PDPs to stake out tough negotiating positions. Even without federal price controls or a national formulary, Medicare Part D will set the tone for coverage decisions throughout the US market, which will shape pharma R&D and marketing strategies. 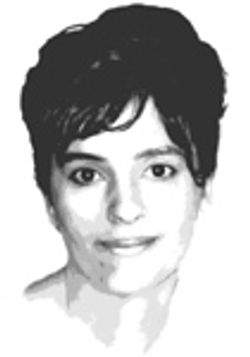 Some Alzheimer's Patients Left Behind 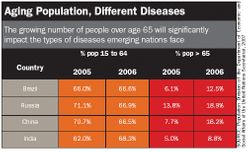 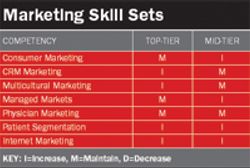