The computing power of today's PC enables marketers to conduct analyses that were unthinkable just a few years ago, creating exciting new ways to approach and track promotion response. This article describes a novel approach that models promotion response at the individual physician level.

The computing power of today's PC enables marketers to conduct analyses that were unthinkable just a few years ago, creating exciting new ways to approach and track promotion response. This article describes a novel approach that models promotion response at the individual physician level.

The implications of the new paradigm will dramatically change the way pharma companies approach sales and marketing. Computing limitations of the past have led marketers to think in terms of deciles. Thus, the customer universe is made up of ten deciles, with each decile containing the same "amount" of business; higher deciles contain fewer but larger customers.

Marketers typically think about individual physicians only after the segment has been specified, not before. And analysts today perfunctorily read tapes-IMS Xponent or Source Prescriber-build SAS data sets in Unix, roll up the data at the market/product decile level, and analyze the summarized data in Excel on a PC. The underlying mindset is based on sheer numbers: there are 800,000 US prescribers, including nurse practitioners and physician assistants. That database may have been too much for PCs of the past, but it's not beyond the high-end capabilities of today.

With the individual approach, adaptive targeting-in which targeted physicians and the frequency with which reps call on them are continually updated to capture changes in the marketplace-will become the modus operandi. The way reps cherry pick physicians to visit for the day will be motivated by a maximum return for a day's work. Quota setting, management objectives, performance evaluation and monitoring, and the entire sales force deployment will undergo changes for the better.

Start with Dr. John Smith. Plot the monthly details sales reps delivered to him during the past 12-24 months against the prescriptions he wrote within that period. Repeat that process for all physicians, then browse through the responses of individual physicians. If a national response curve has been built, say, to optimize promotional resources, compare that curve with the response history of individual physicians. That will speak volumes. Thumbing through each physician's response is a remarkable idea generator that all serious marketers owe themselves. The process will lead to several key findings:

Doctor types. Response curves come in different shapes and forms, but they essentially describe three types of physicians: those who are responsive to detailing, those who are not, and those whose responsiveness cannot be determined because of insufficient detailing.

Building blocks. Physician-level responses are ideal building blocks with which to capture and describe promotion responses at more aggregate levels-territories, districts, regions, and sales areas. They are also excellent building blocks for nongeographic segments, such as market deciles 10-8 and the physicians in product deciles 7-5 who are currently detailed 12 times or more.

Building response curves by projecting historical curves forces marketers to think in terms of trends and patterns, to devise a rationale for observed behavior, and eventually to weave a story in which everything more or less falls into place. Building response curves cold does not require marketers to connect as closely to reality and, therefore, fails to provide the opportunity to delve as deeply into trends.

Responsive physicians are not only those who prescribe more when they are called on but also those who stop prescribing when they are not called on. Companies detail physicians either to generate more prescriptions-a "conquer" strategy-or to not lose the business-a "protect" strategy.

Establishing a doctor's responsiveness is not always possible. Consider the physician whom no one has detailed. Nothing is known of the slope or the saturation. In a second scenario, the company stops detailing a responsive physician before reaching the saturation point. In that case, what is known is the slope but not the saturation point. The distinction between a complete lack of information and partial knowledge becomes relevant when promotional resources are allocated not only to maximize returns but also to build a more complete blueprint of targeted physicians. For example, increasing the detail rate of a promising physician who has been visited only twice will provide insights into her responsiveness and potential saturation point, which will, in turn, suggest a more efficient call frequency strategy tailored to her.

If a marketer is developing a call plan at the physician level and wants to establish the frequency with which to visit Dr. John Smith, it's important to compare the individual approach with the traditional approach that works from an aggregate response of the whole segment. For starters, the traditional approach assumes the response curve accurately represents the whole segment, which is clearly debatable. Second, it assumes Dr. Smith is typical of that segment. Those are two big assumptions. The individual approach is free of those assumptions because it works directly from Dr. Smith's response curve, and it does away with several drawbacks of the traditional method:

Segmenting. Physicians are in the same segment only because they have the same product- and market-prescription activity, not because of a similar response rate. Some may be very responsive to promotion while others are not at all. One marketer capitalized on those differences to deploy a winning promotional strategy. His plan initially met with skepticism and resistance because it included certain decile 5-7 physicians at the expense of some decile 10-9 physicians. He had dropped from the target list some low-response physicians who were in the high deciles and replaced them with higher-response physicians in lower deciles. Only the individual physician approach allows marketers to do that systematically.

Ceteris paribus. Deducing that an individual possesses the same attributes or behavior that the group has is unwarranted, unless the ceteris paribus principle is proven-a tall order. The principle says that, when other factors are the same, the observed differences between groups result from the attribute under study, not from the vagaries of the group.

Physicians in a given segment are distributed all over the country and subject to marked variations in managed care-to mention only one parameter. To impute Dr. Smith's response from the segment's response curve, marketers must control for differences in managed care penetration, pull-through opportunity, ownership structure, control, and spillover. In the individual physician model, no such adjustments are required, because the model refers directly to the individual: All the ceteris paribus factors have been accounted for.

Single-curve limitations. Capturing the promotion response of a particular physician segment or decile with a single response curve is fraught with problems. The segment may be heterogeneous in its promotion response, meaning that no matter what curve is chosen to describe the segment's response, it will be a gross misrepresentation of many of the doctors. The individual approach does not have that problem because it has, in addition to the response curve of the group, the response curves of each member of the group.

The real power of the individual physician model goes beyond merely eliminating the drawbacks of the aggregate approach. It also has three powerful advantages:

High-precision mass customization. Marketers can approach each physician with the frequency and message that best suits him or her. If the doctor is very responsive, she should be heavily detailed, but not past her saturation point. If the physician is not very responsive, reps will visit her less often. If the company does not know the physician's response to promotion, reps can detail her to ascertain her responsiveness and saturation point. The experiment-who to detail and how many times-may be designed to not only improve the marketer's understanding of the doctor's responses but also to maximize the number of prescriptions that will be written, killing two birds with one stone.

A good analogy is a car and its new driver. The driver presses on the accelerator (detailing) not only to get the car to move faster (more prescriptions) but also to determine how responsive the car is (response to promotion). The goal, of course, is to get familiar with the car, move fast, and use as little gas as possible.

Adaptive targeting. A physician's response to promotion changes over time. There are many possible reasons: changes in market offerings such as launches and expiration, pricing, reimbursement policy, influence of reps on the physician's prescribing habits, or the physician herself as she grows older or adopts new attitudes. To get the maximum return, marketers have to continually seek and build the most current promotion responses, just as they must obtain the most current Rx and detailing data whenever they run a detail impact analysis. They must deploy detailing resources according to those response curves. It is a "plastic" target/call strategy that can be continually molded to be most relevant to each physician at any time. The strategy also takes into consideration that individuals change, although the group as a whole may not.

Optimizing the promotional cocktail. There are many ways to reach physicians: detailing, sampling, dinner programs, community initiatives, and e-detailing. It's important to determine the promotional cocktail that has the most impact on the doctor. For example, what works best with Dr. Smith: six details, ten samples, and two dinner meetings or ten details, five samples, and one dinner meeting? It is also necessary to consider the timing. Should the promotional effort be equally distributed over time or concentrated in only one or two points? Whether the drug is meant for acute, chronic, or seasonal conditions affects the timing. Different channels call for different spacing and synchronization considerations. The individual physician model may not find the best combination right away for that very complex problem, but it can help marketers answer the question, "Which of those two cocktails will have a larger impact?"

Building and rolling out a target/call strategy based solely on promotion response is unwise. A better approach includes "indirect" segments such as opinion leaders and referring physicians. Opinion leaders may not write a lot of scripts, but they influence their colleagues who do. Referring physicians also do not prescribe the drugs the marketer is detailing but will refer the patient to another physician who may. Ignoring the indirect segments causes promotion-response myopia that can limit sales potential. 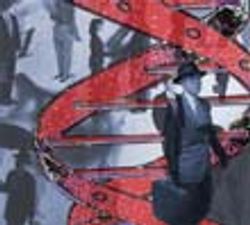 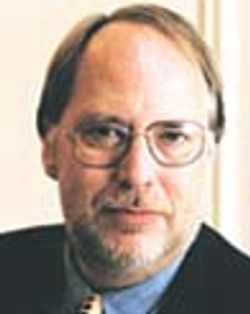