Congress often is faulted for its inaction, but the same may not be true when it comes to the issue of prescription drug prices. However, in its effort to fix the price of drugs, Congress threatens to overreach and presumptively call into question the validity of countless patents.

Many argue that drug prices have skyrocketed due to brand-name pharmaceutical companies’ anticompetitive conduct and their abuse of the patent system. According to the testimony of David Mitchell, founder of the organization Patients for Affordable Drugs, before the U.S. Senate Committee on the Judiciary, prescription drug spending grew by 28% from 2011−2016.[1] This growth exceeded inflation by more than 2.5 times[2] during that same period.[3] Mitchell also points out that, according to a Harvard/Politico poll, 80% of Americans believe that a top priority of Congress should be the reduction of drug prices.[4]

Spurred into action by this widespread concern over the escalating price of drugs, many bills have been introduced in Congress to address the various perceived causes. These pending bills include measures to strengthen the Federal Trade Commission’s (FTC’s) enforcement against anticompetitive conduct in the pharmaceutical industry, to crack down on the filing of sham citizen petitions against generics, and to prevent the sale of pharmaceutical patents to Native American tribes that enjoy sovereign immunity to shield the patents from validity challenges, to name a few.

However, one bill that strives to address a perceived abuse of the patent system-a practice called “evergreening”-proposes doing away with a granted patent’s presumption of validity, which has long been a staple of patent law.

The presumption that a patent issued by the United States Patent and Trademark Office (PTO) is valid was codified by Congress. The statute provides that a “patent shall be presumed valid” and that the “burden of establishing invalidity of a patent or any claim thereof shall rest on the party asserting such invalidity.”[5] As the Supreme Court explained, the common-law presumption that Congress codified is based in part on the rationale “that the PTO, in its expertise, has approved the claim.”[6] By the time of the enactment of the statute, the presumption “had long been a fixture of the common law.”[7]

Now, albeit for the worthy end of controlling prescription drug prices, this fixture of patent law is on the verge of being turned on its head, at least in the context of the pharmaceutical and biological products.

The Terminating the Extension of Rights Misappropriated Act of 2019 or the Term Act of 2019 pending in the House (H.R.3199) is an effort to address the practice of “evergreening.” Evergreening has been described as gaming of the patent system by a company’s improperly obtaining patents on a composition, a manufacturing process for the composition, or new uses of a previous composition that would effectively extend the company’s monopoly on a particular drug. Obtaining patents on new uses or manufacturing processes for a composition would not be problematic in itself because patenting improvements, even incremental ones, is a proper and expected use of the patent system. Rather, as summarized by Professor David Olson, evergreening concerns “arise when drug owners collected a number of new(er) patents on their drugs that are of questionable validity or that they assert over broadly.”[8] For example, he explained, if “a patent owner files new method patents and then asserts that a competitor cannot make the originally claimed drug without infringing the new method, the new patent is either invalid or being asserted too broadly.”[9]

The problem in this scenario is that the newer patent with the later patent application filing date would presumably have a later expiration date than the earlier composition patent-the expiration dates of patents being calculated 20 years from the date of filing. This would effectively extend (improperly) the life of the earlier patent, allowing the drug company to exclude generic competition and continue charging its monopoly prices for the drug during a time when it should not enjoy that patent protection.

The Term Act of 2019 strives to address this abuse of the patent system in two ways: (1) by amending the patent statute to turn the presumption of validity on its head and (2) direct the PTO to conduct a review of its procedures and report its findings back to the House.

The bill’s amendment to the patent statute would result in the presumption that certain patents are terminally disclaimed against earlier-expiring patents. The bill provides that patents Congress has deemed to be of questionable innovation (e.g., those follow-on pharmaceutical or biological product patents allegedly contributing to the “evergreening” problem) would presumptively expire on the same date as the earlier improved-upon patents.

Generally, the need for a terminal disclaimer arises in situations where a patentee owns two patents that are not patentably distinct, or in other words, owns one patent that is obvious in view of another patent. Such commonly owned patents would violate a judicially created doctrine of obviousness-type double patenting, which can be addressed by filing a terminal disclaimer that ensures both such patents would expire on the same date. In other words, there is no patent law concern for the co-existence of two patented obvious variations so long as both patents expire at the same time.

The Term Act of 2019 takes this terminal disclaimer and applies the presumption that a patentee has disclaimed the term of every listed patent so that they expire when the earliest patent expires. Although this would certainly address evergreening, this would also overturn the presumption of validity for many truly innovative patents. The patent holder for these legitimate innovative improvements would be forced, according to the bill, to rebut the presumption by demonstrating by a preponderance of the evidence that the later patents “cover patentably distinct inventions from the invention claimed in the first such patent to expire.” This showing of patentability is something the patent holder has already done in front of the PTO and should not be forced to do again by way of a rebuttal presumption.

This discussion leads to what appears to be the root cause of this evergreening problem-the granting of arguably obvious patents by the PTO. And, this is addressed in the second section of the Term Act of 2019, which tasks the Director of the PTO to:

(A) is using best examination practices, guidance, and procedures to avoid the issuance of patents relating to the same drug, or biological product, that are not patentably distinct from one another, and not subject to an appropriate disclaimer of patent term; and

(B) should develop and implement new practices, guidance, or procedures to –

(i) improve examination of patent applications relating to the same drug or biological product; and

(ii) reduce the improper issuance of patents that improperly extend the term of exclusivity afforded a new drug or biological product.

This second section of the bill responsibly addresses the root cause of the issue-the issuance of questionable patents by the PTO-rather than attacking already granted patents and forcing patent holders to once again prove patentability. If the pharmaceutical and biological product markets truly have a problem with bad patents extending the monopoly of old drugs, then the procedures at the PTO should be improved so that these double-patenting issues can be raised when the patent applications are being prosecuted. At that time, the patent applicant can file a terminal disclaimer if it wishes or prove the patentability of the new patent claims. This fight should be occurring before the PTO, not in response to a statutory presumption of invalidity after a patent is granted.

In addition to the implications discussed above, eliminating the presumption of validity for pharmaceutical and biological product patents could have further unintended consequences. Other nations modeling their patent laws on those of the U.S. could adopt similar or even worse provisions that harm American companies in foreign markets. Also, Congress could in the future further expand this weakening of the presumption of validity to harm other fields of technology. However, it should be noted that this is but one version of the bill, and we do not know how the provisions may change as the bill makes its way through Congress.

[1] Statement of David E. Mitchell, U.S. Senate Committee on the Judiciary, Hearing on Intellectual Property and the Price of Prescription Drugs: Balancing Innovation and Competition, May 7, 2019 (Senate Hearing). 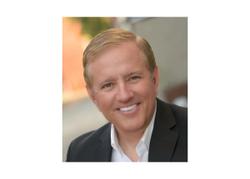