Counterfeit medications remain a top concern in the pharmaceutical industry. Today’s complex global economy, rise of online transactions, and increasingly intricate pharmaceutical supply chains have made counterfeit drugs increasingly difficult to discover, track, and police. The good news is that the industry remains more committed than ever to one of the top concerns around the globe. Today, international organizations, law enforcement, policymakers, and the pharmaceutical executives themselves are implementing a number of robust, successful tactics that are curbing and reducing the amount of counterfeit drugs that enter consumers’ homes.

The risk: Counterfeiting a top concern

There’s a reason counterfeit medications are increasingly spoken about in the industry, and a reason why so much effort is brought forth to curb it. Counterfeiting remains a global, prevalent issue that has become increasingly difficult to police. The e-commerce boom has given rise to illegal, online pharmacies that can crop up at a moment’s notice and put counterfeit drugs in the hands of unsuspecting consumers in rapid time. Similarly, the expansion of our global economy has created geographically diverse supply chains around the world. A counterfeit operation could occur at any step in the supply chain in any country in which your organization might be located, from manufacturing, distribution, labeling, packaging and even the printing of the cartons in which it is contained.

The industry’s response-what’s being done?

One of the most effective, notable, and successful methods of counterfeit prevention is through international cooperation between pharmaceutical companies, law enforcement, and international organizations such as the World Health Organization (WHO) and Interpol.

This international cooperation is not new. In fact, Interpol’s own Pangea program, which was first launched in 2008, has gained significant momentum and is now active in fighting online counterfeit pharmacies in over 100 countries. Online rogue pharmacies pose a different set of challenges altogether. Counterfeiters have the luxury of operating anonymously behind a computer screen, making them difficult to locate and identify. However, by targeting online pharmacies’ Internet service providers, their payment systems and delivery services, the Interpol-lead initiative is now the collaborative result of nearly 200 participating agencies. According to Interpol’s website, its most recent operation in May 2014 lead to 9.6 million counterfeit medications seized totaling more than $32 million, 434 arrests, and more than 11,800 websites shut down. The success of these raids and large number of arrests are sending a powerful, aggressive warning to would-be counterfeiters.

There are also a number of regulatory and public policy initiatives currently underway. In the US, policymakers have increasingly proposed new legislation that would impose even greater sanctions on counterfeits, including harsher fines and up to life in prison. Swift action against counterfeiters within our judicial system will naturally discourage criminals from producing fake medications in the first place. When the risk of increased incarceration time and steep fines outweighs the perceived “reward” of counterfeiting, would-be criminals and counterfeiters think twice.

In addition to an increased emphasis on international cooperation between organizations and a concerted effort in public policy, technology is making the fight against fake medications quicker, simpler, and more organized. As a whole, the business world is becoming more technologically advanced. As a result, new and encouraging technologies continue to emerge to help identify counterfeits and combat criminals more easily and quickly than previously thought possible.

Identifying counterfeits used to be a several-week process, where a suspected fake would need to be identified, isolated, and shipped off to a laboratory halfway across the country for several days of testing. Today, the rise of handheld detection devices enable hyper-quick testing and discovery of counterfeits, speeding up the process and keeping potential harmful drugs out of the supply chain.

Another notable trend that we are seeing with great potential is mass serialization, which is a comprehensive system used to track and trace prescription drugs as they progress through the supply chain. Regulations are in place in several emerging markets, but not in the US, Canada, and European markets, as they are currently pending. It is the belief of some large global pharmaceutical companies that successfully implementing serialization will result in significant reduction of counterfeiting of medicines worldwide.

Staying proactive in the fight against counterfeiting

As previously mentioned, fighting counterfeit drugs is everyone’s responsibility. This is especially true for pharmaceutical executives. While there are a number of successful organizations, law enforcement agencies, and policymakers fighting the war on counterfeiting, individual pharmaceutical companies play a vital role in this process as well. The most successful individual pharmaceutical organizations will be the ones who prioritize proactive investigations and enforcement through a global security plan.

A proactive approach to combating counterfeiters means staying in tune with your customers and knowing the warning signs in consumer behavior. While counterfeiters can be difficult to track, rely on the data that you do have to diagnose a potential problem. Have the sales of a particular drug taken an unexpected and unexplainable dip in a general region? Has a customer reported or suspects that they may have acquired a fake medication?

Similarly, a proactive approach means developing aggressive, sustainable anti-counterfeiting programs and policies within your own operations. Creating market surveys, running product or sales erosion assessments, and regularly training staff and security personnel will reduce the potential threats your individual organization may have.

Lastly, highly successful pharmaceutical companies strive to secure their supply chains. Map every step in the supply chain and test for potential vulnerabilities, from manufacturing, distribution, labeling and packaging. Crime involving the combined threats of counterfeiting, cargo theft and economically motivated adulteration is on the rise around the world. While you can never completely secure your supply chain, building a dedicated, global team of investigators, security professionals and logisticians can help put the right processes in place to reduce the risk and curb the loses due to counterfeiting, trademark and patent infringements and supply chain security breaches.

The industry must remain vigilant

The unfortunate reality is that counterfeit medications will never go away, and the prevalence of the Internet and e-commerce pose new challenges that were not previously a reality. Sadly, counterfeiters will always look to make a quick profit off of the research of pharmaceutical companies, even at the expense of public health and patient safety. While the statistics will vary, WHO estimates that approximately 10% of all medications are counterfeit. The good news is that the industry as a whole continues to make great advancements in curbing the problem. Deeper partnerships, increased collaboration, and greater resource sharing will keep patients safe and counterfeiters behind bars. New technologies, new programs, and new initiatives, coupled with a proactive risk management approach from individual companies, will continue to address counterfeit medications head on.

Dave Campbell is a director of operations at Pinkerton, a global risk management agency, He can be reached at dave.campbell@pinkerton.com. 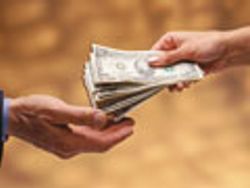 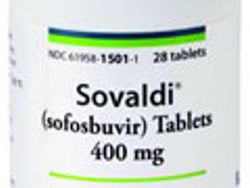 Pharm Exec's 2015 Brand of the Year: Sovaldi and Harvoni for Hepatitis C 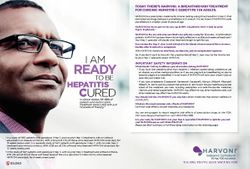