Politicians and health campaigners are celebrating the final agreement of the EU's new clinical trials rules. But the European drug industry is not so euphoric, writes Reflector.

Politicians and health campaigners are celebrating the final agreement of the EU’s new clinical trials rules. But the European drug industry is not so euphoric, writes Reflector.

European health commissioner Tonio Borg said: "This endorsement brings us one step closer to ensuring an environment that is favorable for conducting clinical trials, with the highest standards of patient safety, for all EU member states". He said "one step closer" advisedly. Because although the die is cast by the vote, the die still needs some refinement, some polishing up, some detail clarification. And this is where the discussion will now move to.

As Borg summarized it, what the new regulation brings is simplification of current rules, a ‘one-stop’ portal and database for submitting applications, a quick and flexible assessment procedure, a simplified reporting system and clearer, simpler rules for running multinational trials. He highlighted the advantages for patients — "the main beneficiaries of clinical trials" — and for research institutions and companies — saving nearly $1bn a year in regulatory costs. He acknowledged the merit of "keeping clinical research within EU borders", where the $25 billion spent every year on pharmaceutical innovation and health-related research development "is vital for the EU economy".

UK MEP Glenis Willmott, who steered the legislation through the European Parliament, said she was "delighted that the overwhelming majority of MEPs backed this deal". In her view it will make trials more transparent, ease cross-border cooperation "to make clinical trials larger, more viable and more reliable", and "boost efforts to develop special treatments, such as for rare diseases". For her, the new regulation "simplifies reporting procedures, and empowers the European Commission to do checks. Once a clinical trial sponsor has submitted an application dossier to a member state, the member state will have to respond to it within fixed deadlines."

The Green group in the European Parliament was equally enthusiastic. Its health spokesperson, Margrete Auken, said: "Confidence in the effectiveness and reliability of clinical trials has been hit by a host of scandals with different medicines in Europe in the past. It is essential that citizens can have utmost faith in clinical trials and their ability to guarantee that authorized medicines pose no unacceptable risks for those using them. The new legislation endorsed by MEPs today will address this by ensuring access to the results and the supporting data from clinical trials under the new legislation."

The European Ombudsman, Emily O'Reilly, also greeted the European Parliament's vote with jubilation, saying the new legislation "could save countless lives". She said: "It will now be possible to verify whether medicines are as effective as they are claimed to be and whether they have potentially dangerous side effects."

For health campaigners, the EU vote is a triumph of "putting public interest ahead of commercial interests". The new law will "ensure clinical trials are registered and their results reported", said AllTrials, which has been lobbying energetically for greater transparency. The new law "will change the future of clinical trial reporting", it says, since "researchers will know about trials as they are happening and will be able to scrutinize results soon after their end." The only criticism from AllTrials is that the EU has still not gone far enough, because it relates only to future drugs. It is calling for "all clinical trials, past and present, to be registered and results reported".

Its ambition is shared by Dr Ben Goldacre, author of Bad Pharma: “Doctors and patients simply cannot make informed decisions about which treatment is best, when the evidence on the treatments they are using is still being routinely and legally withheld." Health Action International Europe was another organization to commend the vote, and to "regret that the full potential of the regulation has been somewhat diminished given that the publication requirements will not apply retrospectively. In addition, only a summary of results will be published for the clinical trial data that is not submitted for marketing authorization".

The European drug industry is not so euphoric. The European Federation of Pharmaceutical Industries and Associations greeted the vote with a call for "collaboration" in implementing the new rules — not a very subtle code for "careful how you go about this!". Echoing Borg's observations about the importance of keeping trials in Europe, EFPIA delivered a none-too-oblique warning: "The global market for clinical trials is becoming increasingly competitive and Europe runs the risk of losing its status as an attractive environment for clinical trials research in the face of strengthening competition."

For the sake of political correctness, industry also offered a lukewarm recognition that the new framework "will help foster a more harmonized approach to clinical trials in the EU, with a single submission and overall streamlined assessment process". But it wasted no time in adding that "some of the initial objectives...have been only partially achieved" - noting the need for improved efficiency of the process for controlling trials. The critical issue, it went on, is that the authorities interpret the new regulation "in a manner that respects patient privacy, the integrity of regulatory decision-making, and incentives for companies to make long-term investments in biomedical research."

Richard Bergstrom, director general of EFPIA, stated: “There is still work to be

done. The success of this legislation will depend on how it is applied in practice. It will be essential to collaborate with relevant stakeholders and ensure they have the opportunity to provide input. This is a must if we are to achieve a system that will foster the innovation we need to improve patient outcomes.”

Devil in the detail

In EFPIA’s view, success now depends largely on the legislation’s implementation at member state level. This next stage, it says, will show how far collaboration is promoted between ethics committees and what efforts are made to allow assessment of clinical trial applications in the shortest time frame possible. It recognizes, it says, the difficulties that some countries face in putting into effect the streamlined scientific and ethical process envisaged. One of the underlying EFPIA concerns is that if the maximum timelines in the new rules become the norm rather than the exception, it might take 156 days to get approval for a clinical trial on a biotech product — compared to 30 days in the United States.

Another determinant of success will be how efficiently the clinical trials database and the associated electronic portal function - and how soon! Helpfully, EFPIA says it is "ready to contribute as a strong stakeholder partner to support its development and implementation". It repeats its belief that "collaboration" is necessary, and says it "looks forward to continuing the discussion with MEPs and other relevant stakeholders." Among the industry concerns in this respect are ensuring quality in the database, and capabilities that allow monitoring of the proper functioning of the system, including not only the time taken for authorizations, but also the number of times member states choose to ignore a coordinated assessment report, and why.

A long list of EFPIA recommendations - made to the European Commission, the European Medicines Agency and the member states - also includes action to ensure greater cooperation between ethics committees. This, it says, "would improve the pace of approval of a trial as well as provide the potential for networking, collaboration and convergence of standards in the field". It suggests the creation of ethics committee networks as a step in the right direction. EFPIA is also concerned at what it sees as imprecise wording that could allow a member state to decline authorization for a clinical trial: objections based on the regulation's vague grounds of “safety and data reliability and robustness considerations” will have to be carefully monitored, EFPIA says, "to avoid disharmonized approaches to the detriment of patients, investigators and sponsors". And provisions on notifying the start and end of a trial are so complex in the regulation that this risks becoming an administrative burden creating duplication of work for sponsors.

The die may well be cast, after debates that lasted nearly two years. It could take as long to agree on the necessary polishing, too. 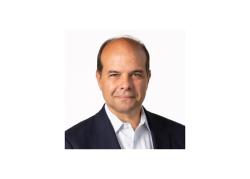 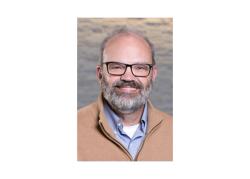