It's not always obvious just who is reponsible for the various steps of pharmacovigilance.

The european union is set to overhaul the way it monitors drug safety to help make sense of a decentralized system that has been criticized for being ineffective.

The proposal grew out of talks that the European Commission (EC) had with constituents, and concluded that drug safety reviews need to be simpler and stronger.

Historically, all of the member states have had their own drug-safety monitoring systems, and even Europe-wide rules have been implemented differently in each country. As a result, regulators have been challenged to track adverse reactions successfully, and it is not always obvious just who is responsible for the various steps of the pharmacovigilance process. As the EU expands—Romania and Bulgaria joined in January, bringing the number of member states to 27—the situation gets evermore complex. The resulting costs and risks for industry are enormous, not least because companies are left in the position of having to comply with rules that are often unclear.

The EC's proposed new system will make roles and responsibilities clearer and reporting rules simpler. It will also ensure that comprehensive safety studies are carried out to support rapid decision-making at the EU level. "We will improve and strengthen the monitoring of the safety of medicines so that safety issues are rapidly detected and effectively dealt with based on more robust data," said Günter Verheugen, EC vice president, when introducing the proposal. "Rationalization of the EU medicines safety system will free up resources which can then be directed to better protecting the health of EU citizens."

The proposal combines improvements to the way the current system is implemented and suggestions for changing the legal framework for pharmacovigilance in the EU. It will fund studies on the safety of medicines and—importantly for the pharma industry—simplify administrative practices that complicate the reporting rules for companies.

There are also plans to work with the European Agency for the Evaluation of Medicinal Products (EMEA) to ensure that its electronic EudraVigilance database of adverse reactions is used more widely. Currently, the only groups with access are EMEA, the EC, and authorities in member states—in other words, the regulators themselves, and not industry, doctors, or patients. This is a real concern, according to Sir Alastair Breckenridge, chairman of the UK's Medicines and Healthcare Products Regulatory Agency, who addressed attendees at a recent Economist conference in London.

"If I were a scientist working in industry and I designed a drug that might stimulate the immune system, say, and I wanted to find out if there had been any ADRs [adverse drug reactions] in the past, EudraVigilance is not accessible to me," he said. "I might find it in a journal, but that's a bit hit-and-miss and industry is unlikely to publish such things. Something is desperately needed to break this logjam."

Changes to the legal framework involve improved transparency and greater involvement of stakeholders, including patients. The intention is to streamline the reporting of suspected adverse drug reactions and to introduce a clear legal requirement for post-approval safety studies. Although the member states will remain responsible for enforcing the rules within their own territories, the EC is keen to ensure that duplication of effort is minimized.

Before making these initial proposals, the EC consulted a wide range of organizations, companies, and individuals, from drug makers to patient groups and medics. Pharma has been generally supportive of the changes but believes that rules and reporting systems can be made even simpler.

For instance, several industry organizations—including trade bodies such as pharma's EFPIA (European Federation of Pharmaceutical Industries Associations) and the biotech sector's EuropaBio—are pushing for a single European body to have blanket responsibility for pharmacovigilance, replacing the disparate EU laws. UK-based GlaxoSmithKline is also arguing against a provision that classifies adverse reactions as unexpected or expected; officials there believe that once electronic reporting is implemented, all serious cases should be reported regardless of whether they were expected or not.

EFPIA was one of several groups to call for abandoning country-by-country ADR reports in favor of a single report in English only. The EU now has 23 official languages, and translation costs alone are enormous.

Patient groups want to make sure that industry doesn't slack off on its obligation to carry out post-marketing studies. The European Patients' Forum believes insufficient focus is put on long-term studies, in part because of the large amount of money a company has already spent on getting the drug to the market. It suggests that if a central pool of funding from government and industry was earmarked for post-marketing surveillance, long-term studies would be far more likely to be carried out.

The EC will publish its full legal proposal next year. Hopefully, the proposal, particularly the portion concerning access to EudraVigilance, won't be watered down and will lead to a system that is simpler for industry and safer for patients. 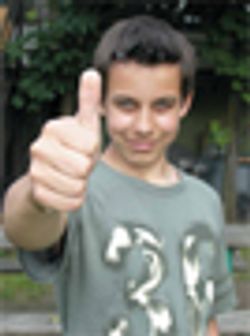 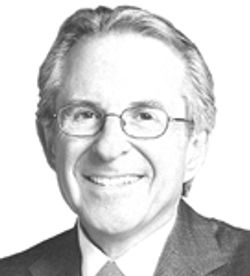