Successful innovation now has to align with key metrics of value-can an old baseball metaphor help guide the way?

In 2012, the U.S. pharmaceutical industry enjoyed a benchmark year. According to Pharm Exec's "Pharma 50 Survey," it was the first year in a half-century in which sales in the key U.S. market actually declined. Much of this was the result of the loss of revenues.

The root problem is not expiring patents—which, though a distressing financial event, is relatively easy to forecast and model. What's devastating is the lack of new products in the pipeline to replace them. One study claims that for each dollar being lost in major-drug patent expiries, the revenue from new products is forecast to be only 26 cents.

The good news is that, in terms of raw numbers, the industry's rate of new molecular entities approved seems once again on the upswing. The FDA approved 39 NMEs in 2012, the most since 1999 and is on course to achieve the same results for 2013. Twenty of these were 'first in class', each representing a new and unique mechanism for treating a medical condition. And many were in high-value target areas like oncology.

The bad news is this increased output comes at ever greater cost. The productivity of US pharma R&D — as measured by new drugs approved per billion inflation-adjusted dollars of R&D spending — has been on a downward spiral since at least the early 1950s, when it peaked at 64 new drugs. By 2010 that $1 billion in R&D produced something less than ½ a drug — a loss of over 99% in productivity. Seen the other way around, it now costs an average of about $1.8 billion in R&D to launch a new drug.

Analysts at researchers Sanford C. Bernstein have dubbed this "Eroom's Law," since it seems exactly the reverse of the productivity gains consistently seen in the computer chip manufacturing industry ("Moore's Law".) Though the metric blips up and down, over a 60-year period the trend line moves consistently in one direction: down.

These facts are widely known and discussed, particularly on Wall Street. There is a variety of causal factors noted, both within and outside the industry. But, as is often the case with complex data, the interpretations vary widely. The major scenarios being discussed by industry leaders seem to be the following:

"It's not our fault." In this interpretation, there are externalities not directly controllable by the industry, for example the greater regulatory scrutiny during the filing and review process, best exemplified by the Vioxx withdrawal crisis. Others claim that the lower returns to R&D come from the fact that the industry's past spectacular successes (for example, in controlling cardiovascular disease) have left progressively fewer high-value areas in which to develop products. "Today's blockbuster is tomorrow's generic", the saying goes.

"That's the way we were, but we have already turned the corner." Dr. Janet Woodcock of the FDA recently testified before Congress that the FDA is "seeing a lot of innovation, much more than in recent memory." McKinsey predicts that NMEs will exceed 30 per year through 2015, and will provide 9% of global industry sales (up from 7% in 2011.) Skeptics point out revenues from new drugs have been notoriously difficult to forecast.

"We are damaged, but not broken." In this view, incremental fixes can and will get the process back on target. Many claim that the industry has successfully shifted its emphasis away from small molecules toward biologics and specialty drugs. Still others say the industry has moved away from a 'fortress R&D' approach toward an open innovation model that partners with academics, smaller companies, regulators, and even direct rivals.

"The industry's value model is broken." The 'value engine' of novel branded drugs that essentially funds discovery, development, and shareholder returns is significantly impaired. Some 80% of prescriptions are now filled generically in the US, a metric that is expected to keep rising. This puts even more pressure on the pipeline, where the seemingly intractable negative long-term innovation productivity trend (Eroom's Law) suggests that incremental fixes to the product innovation process alone will not be enough.

In an example of 'non-product' innovation closer to home, TKA recently did some modeling of the effects of patient non-adherence to pharmaceutical regimens. According to our figures as much as 37% of potential industry revenues (or $188 billion annually in the US alone) are lost to non-adherence caused by various factors. Solving this problem—which has little to do creating with new drugs—would be a huge boost to the top line across many diagnostic categories.

Given the lack of clear consensus on whether there even is an 'innovation crisis', companies predictably are responding in a range of ways. Some are undertaking wide-ranging retrenchments, but most firms who are cutting are doing so surgically. Pfizer, hit by the patent loss of Lipitor and generic challenges to Viagra in Europe, recently slowed cuts in R&D spending that began in 2011. BMS recently announced that it is cutting development in hepatitis C, diabetes, and neurological disorders, and will lay off about 1% of its R&D workforce.

Others are continuing to invest. Lilly leads the industry in R&D investment among the majors, spending over 23% of revenues despite upcoming patent losses on Cymbalta and Evista. It now claims to have thirteen products in late-stage development or awaiting approval. Roche is continuing to invest in biologics, where it is the worldwide market leader. Biologics are expected to garner 25% of industry sales by 2018, up from 21% last year.

Time For A New Approach?

However, all these seem like largely tactical responses to a strategic challenge, where maybe a big-picture rethink is indicated. I'd propose that the industry give itself the 'Moneyball test'. The key lesson of Moneyball is not only that metrics should be used in making decisions—which is true enough—but rather that sometimes the metrics that 'everyone uses' are not those that best describe the 'value essence' of a situation.

The Moneyball example comes from professional baseball, but its lessons of aligning metrics with strategic value priorities are being applied in a range of businesses. It is especially relevant in industries undergoing significant change like pharma.

When measuring the productivity of an 'input' metric (like R&D spending), too often we rely on 'output' measures—like drug approvals. But what really defines value is 'outcome' measures—in this case, individual patient outcomes, costs saved, and overall population health. These latter are the kinds of value-based metrics that payers are beginning to move toward under the US Affordable Care Act, and that will increasingly guide most health care sectors.

Perhaps the pharma industry needs to recalibrate its own R&D metrics in light of these sea changes in the overall economic environment for health care. The recent improvement in raw drug approval numbers may give us a false sense of hope, since they don't speak to the relative 'value-added' by each new molecule. One wonders whether these innovations address the optimal disease categories, in terms of the number of patients affected, and the length of time treatment is typically needed. The criterion that we recommend is lifetime value—incremental revenues/profits (to the seller) or savings (to the payer)—not just raw approval numbers.

The current move seen in some companies toward a 'value-weighted' R&D budget is a positive step. The discovery cuts recently announced by BMS, for example, were positioned as allowing it to 'focus opportunities on where the value is greatest'.

Tim Powell is President of The Knowledge Agency. He can be reached at: tim.powell@knowledgeagency.com 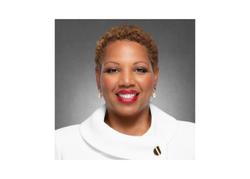 Is Model Informed Drug Development Regulatory Pathway an Exception or the Norm?