Resonant is a privately owned group of award-winning specialist healthcare agencies – including Bedrock, Anthem and Origins, that share a common belief that lives can be transformed through better health communication. In this newly created role, Miranda will report to David Youds, Founder and CEO of Resonant Group. She joins Resonant from AVENIR GLOBAL, where she was a Board Director and Global Head of Healthcare for the firm, as well as Managing Partner of AXON Europe. Throughout her tenure, Miranda was a driving force behind the company’s growth and reputation. In March 2022, she was recognised as one of Women In PR’s 45 Over 45.

Alongside Miranda’s appointment, the Group is announcing two further leadership changes which will support Resonant’s plans for growth.

Stephen Marchant is taking up the role of Managing Director of Bedrock Healthcare Communications; his extensive previous experience in this role within both Chameleon and HCG make him the ideal person to take this business forward.

Marie Little is stepping into the newly created role of Group Commercial Head and will be working across the Group to support business development and group-level commercial relationships.

“As an organisation, we recognise that mobility of roles, even at a very senior level, is something that can be incredibly powerful in making sure all of us are playing to our strengths,” said David Youds. “These two moves send a signal to our teams that Resonant Group is focused on developing fulfilling and satisfying careers for our people at all levels.” 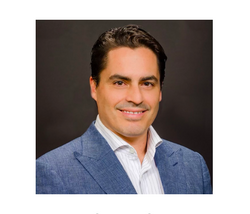 Havas Health & You Expands Content Expertise Through Partnership with Evermed