Pharma follow-through? As of September 2005, drug manufacturers had promised to perform 1,200 post-marketing studies. Companies hadn't even started 65 percent of them, and only 200 were completed.

In the latest installment of the ongoing saga "Congress Discovers Drug Safety," lawmakers have started focusing on the pharmaceutical industry's willingness to skirt the rules. They've noticed that companies frequently fail to complete promised Phase IV clinical studies, and that opportunities to enroll in clinical trials have not been publicized as required. The result has been new proposals to beef up FDA's enforcement powers, expand clinical trial registries, and require broader disclosure of study results. Industry has responded with its own voluntary disclosure programs, but these efforts may be too little, too late to calm legislators, regulators, and critics.

The tone was set by a report on FDA's drug safety oversight program, issued by Congress' Government Accountability Office (GAO) in April. GAO wants FDA to have the authority to require additional Phase IV studies of specific safety concerns, in addition to giving the agency more tools to get companies to complete promised research. And last month, a House panel added a provision to FDA's 2007 appropriations bill clarifying its authority to pull a drug from the market if the sponsor fails to meet post-approval study commitments.

The GAO recommendation and similar proposals before Congress reflect industry's poor track record on post-approval study commitments. The latest FDA report to Congress on Phase IV activity was issued in March and covered studies completed by September 30, 2005. It showed that 1,200 studies had been promised, but manufacturers had not even started 65 percent of them, and fewer than 200 had been completed.

There are legitimate reasons for some delays and failures to complete: FDA officials explain that some studies turn out to be less valuable than anticipated, and that it's difficult to recruit patients for controlled trials after a drug comes to market. Public perception, however, is that sponsors will agree to any future study request from FDA just to get a drug on the market.

These recommendations may prompt Congress to stiffen penalties for companies that fail to meet research promises, as it considers legislation to require companies to provide more information on clinical trials and their outcomes. Senators Charles Grassley (R-IA) and Chris Dodd (D-CT) are backing a bill to require companies to register active trials of treatments for cancer and other life-threatening diseases, with fines for those who don't.

The FDA Modernization Act of 1997 already requires sponsors to list active trials on the National Library of Medicine's (NLM) clinicaltrials.gov Web site. Investigators affiliated with the National Cancer Institute have complied fully, but many commercial sponsors have not—or have omitted important information, such as sponsor or drug name, indication, enrollment criteria, and study locations. FDA's Office of Special Health Issues, which administers this program, managed to boost the listing rate up to 67 percent for a group of cancer studies initiated in 2005, but it's still a pretty poor performance.

Registration is expected to improve because a group of leading medical journals, including the Journal of the American Medical Association, now require trial registration prior to enrollment in order for study results to be considered for publication. The policy went into effect last September and expands registration requirements to more studies on more drugs.

The Grassley–Dodd bill also creates a clinical trial results database to disclose summary results on most post-Phase I clinical trials. PhRMA responded by launching its own clinical study results database, which began posting data last year. But the voluntary program applies only to FDA-approved drugs, while the Senators want results from all trials, even those that never lead to an FDA application or approval.

Meanwhile, registries and results Web sites are proliferating around the world. French officials want all local trials to register on a national site. California lawmakers may require pharmaceutical companies to disclose all clinical results for any drug sold in the state. The World Health Organization is developing a "registry of registries," and the International Federation of Pharmaceutical Manufacturing Associations has established a search engine providing links to clinical trial registries around the world.

To avoid legislative mandates and public criticism, pharma companies are adopting a "disclose everything" approach. But that strategy could expose them to legal problems. In the United States, a company that releases early study results could be charged with promoting unapproved drug claims (in violation of FDA regulations) or with breaking Securities and Exchange Commission rules.

Clinical trial registration sets a framework for tracking study disclosure, but the debate has tended to blur these related but very different activities. Staffers at NLM fear that combining the clinicaltrials.gov registry with results disclosure could convey some kind of government imprimatur on the research; the NLM could link trial listings to study results or published literature but does not want to get into the business of vetting results. 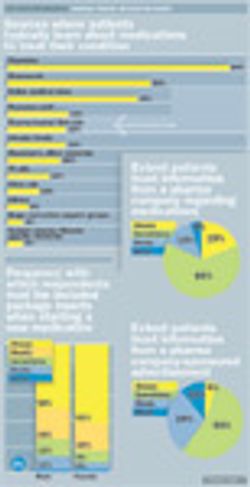 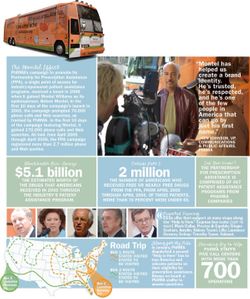