Malta: A healthy location for the pharmaceutical industry

The mediterranean nation has endeared itself to foreign businesses over the past decades, adtively positioning itself as an appealing epicenter of global pharma interest

This sponsored supplement was produced by Focus Reports

For exclusive interviews and more info, please logon to Pharma.FocusReports.net or write to contact@focusreports.net

Alan Camilleri, chairman of Malta Enterprise—the government agency responsible for facilitating and stimulating the economic development of Malta—recalls the words of a foreign investor, who had a taken stake in Maltese business. The investor imagined what he would say to other potential promoters, if asked whether they should put their finances into some venture on the island. Camilleri remembers: "He would bluntly tell them, 'Why aren't you here?'"

This confidence is true of a great many foreigners that have undertaken projects in Malta. Once initially enamored by the island, they stay, and they grow. Over the past decades, the Mediterranean nation has actively positioned itself as an appealing epicenter for global interest. Its efforts have not gone unnoticed. Tonio Fenech, the Minister of Finance, the Economy, and Investment, notes that in 2008, Forbes magazine ranked Malta as the fifth most tax-friendly country in the world, and the single most attractive country in the European Union in terms of taxes and social contributions paid out by companies. In that same year, the World Economic Forum named Malta the 27th most networked economy in the world; the Global Financial Centers Index (GFCI) identified it as one of the top three financial centers likely to increase in importance over the next three years; and the GFCI further listed it among the financial centers where operators might think of opening in the next five years. These accolades begin to suggest why entrepreneurs relish Maltese prospects.

The Malta pharmaceutical industry is a prominent example of the international investment momentum taking hold in the country. It is an industry that already employs over 1,000 people and exports more than €150 million ($205 million) in products per year—to Europe, and even beyond. "Most notably," Camilleri says, "Malta is experiencing significant expansion of current operators, and this is a sign of confidence in the local environment."

This local environment is marked by an attractive legislative framework, championed by Malta Enterprise. In particular, the Business Promotion Act and the Malta Enterprise Act are helping to position Malta as one of the most progressive and proactive business environments in the world. Pharmaceutical players that come to the island enjoy low taxes, financial support and loan guarantees, logistical and workforce training assistance, and even ready-built factories provided by Malta Enterprise. An imperative legislative point centers on the inclusion of the Bolar Exemption in Maltese law: This provision allows third-party companies to conduct clinical trials and commercial testing on patented medications—with the intention of improving on the patent or producing a cheaper generic version—before the drug patent expires. In an industry where speed to market is crucial, generics companies situated on the island can complete preparatory testing in advance, and bring their products immediately after patent termination. The Bolar Exemption is instrumental in the consequent proliferation of generics manufacturers in the country, and Malta currently has more than 15 such operators, from all over the world.

The island also prominently invests in its infrastructure and human resources. For example, the Maltese have recently invested in a €20 million ($27 million) Life Sciences Park, and Finance Minister Fenech notes that the government "works very closely with the University of Malta, other private universities, and the Malta College of Arts, Science, & Technology, so that, in tandem with industry, the necessary academic formation is provided" for the sciences. This academic emphasis equates to a highly skilled work force, with a much-needed English proficiency.

Malta uses its small size to its advantage: Camilleri explains that, beyond even the Bolar Exemption, Malta's small market size helps generics players because most foreigners do not bother to register additional patents uniquely for the island. Compactness also facilitates swift and efficient decision-making, according to Finance Minister Fenech. And because of its small size, Malta enjoys well-developed infrastructure, and long-term stability.

Tonio Fenech, Minister of Finance, the Economy, and Investment

Finally, Malta is strategically located, with easy access to Europe and North Africa. If one considers its location together with its competitive costs, it becomes quite apparent that Malta is, in the words of Camilleri, "a unique hub for combining testing, R&D, manufacturing, production, and batch release of pharmaceuticals," a happy hunting ground for any pharma player.

Malta investors, elucidating their operations on the island, demonstrate that commercial reality robustly corresponds with the intentions of the national government. Sergio Vella, managing director of Actavis Malta—a division of one of the largest generics manufacturers in the world—explains the rationale that his company employed in choosing the island for a large-scale facility. He concedes that the Bolar provision is a first enticement. But Vella explicates the more decisively persuasive factors: "strong fiscal and legislative incentives;" the "quality and talent of the people;" the renowned regulatory system; the "extremely supportive and proactive local authorities;" and Malta's recent EU membership.

Other pharmaceutical companies in Malta reiterate and expand upon Actavis's praise. Ian Restall, general manager of Metallform Malta—part of the German Metallform GmbH, a manufacturer of precision medical instruments—believes that his employees produce a superior output that is "as good as it is in Germany"—sound tribute, given the distinguished German manufacturing tradition.

Another generics company, the Spanish Corporación Medichem, has two facilities on the island, one for the manufacture of generic finished dosage forms—under the name Combino Pharm—and another for the development and manufacture of APIs, under the Medichem name. The Medichem plant manager, Dino Mangion, fondly remembers that the national administration greatly helped his company when Medichem first arrived, through "aid in the construction of facilities" and the supply of "professional advice and contacts."

Mangion's counterpart at Combino Pharm, plant manager Patrizio Allegrucci, will agree with the sentiments of his colleagues—and add that, despite the seeming labor shortage inherent in a minute population, the government dynamically works with the pharmaceutical players, doing its "utmost to shorten the gap" by partnering with companies to "embark on specific training programs."

Malta is a focal point of the global aspirations of its pharma enterprises. Actavis's Vella remarks, "The support and investment Actavis has received from its parent company is indicative of the faith they have in the local operations." Indeed, over the past six years, Actavis headquarters has invested about €50 million ($68 million) to develop and amplify its presence in the country—and it certainly capitalized on its investment. The generics it develops and manufactures in Malta are exported not only regionally, but also globally. And one of Malta's key functions is its capacity as a chief launch site for the group.

The Maltese subsidiaries of Corporación Medichem, too, accentuate Malta's role in the global activities of their principals. Clearly, with the dual operations of two disparate plants, Corporación Medichem chose Malta as a global center to encompass a comprehensive range of services. Mangion asserts, "In 2009, the Malta site contributed about 8% of the company's sales. In 2011, this should increase to about 35%." These Maltese enterprises have grown, and will continue to grow.

Metallform's Restall declares, "My advice would be to come to Malta!" He continues: "You'll stay—and if you stay, you will be successful." Foreign investors have no shortage of affection for this Mediterranean polestar.

THE BEAUTIFUL SURGE IN RESEARCH

When asked if Malta is curbing its national trajectory by favoring generics manufacturing, Finance Minister Fenech disagrees, and points, convincingly, to the island's newest investment in innovation: the Life Sciences Park.

The facility will be the site of advanced research laboratories in medicine, genetics, and biotechnology. It will house offices and common spaces for the exchange of ideas. It will accommodate a business incubation center for scientific enterprise. It will be the nascence, in Malta, of a veritable biotechnology industry.

As may be expected, Malta Enterprise has a strong hand in the Park's formulation. When chairman Camilleri extrapolates some of the intended inhabitants of the facility, he mentions research institutes, technological firms, multinational startups, education centers, medical training centers, and formulation and testing companies, among others. An ambitious list, to be sure.

According to Camilleri, the site will also "enhance the possibility of cluster investment, whereby a number of companies can be attracted through the presence of another company," working in a similar line. Finance Minister Fenech advocates the Park as a setting where scientifically minded youths, and seasoned researchers, can cultivate their studies without having to leave the country.

Of course, while the Life Sciences Park may be the first aggregate, national approach to stimulate pharmaceutical advancement, it is not the only game in town. Take, for example, the Institute of Cellular Pharmacology (ICP), a research-based company that investigates plant extracts and their possible beneficence in human and animal applications. To date, their work has produced almost 30 theses and over 40 patents.

ICP chose Malta for operations because they believe that, on the island, "Small is beautiful." To extrapolate: "Malta is a small village by global scale, yet it has all the amenities needed to undertake research found in much bigger states. All the tools needed to support research activities are found in a village square." The group finds that the proximity of these amenities "makes progress very rapid."

As other pharma players do, ICP invites investors to the island. In a place where small is beautiful, research, too, is experiencing a beautiful surge.

TO RESTORE A GRAND HISTORY IN HEALTHCARE

Malta boasts a celebrated medical history, from the time of the Crusades. Today, Malta aims to draw to its facilities international patients seeking adept therapy outside of their own country, as the government advocates Health Tourism.

St. James Hospital—headed by Dr. Josie Muscat, president and chairman—is leading this impetus. Muscat notes that St. James Hospital offers an inspiring range of medical services and facilities, and it is furnished with state-of-the-art equipment, including numerous advanced surgical instruments, and a superlative laboratory. "In short," Muscat says, "anything a patient requires is available at St. James."

Moreover, when foreign patients seek treatment at the St. James complex, they find not only cutting-edge resources, but also a wealth of comforting services. Muscat lauds the nearby hotels and Malta's welcoming atmosphere. The small island also offers accessible cultural attractions to compliment a patient's rehabilitation period—"making medical tourism true to its name."

Muscat sees immense potential in Maltese medical tourism. The facilities, certainly, are already there, and the industry is starting slowly to convalesce as foreigners become assured of Malta's prowess in healthcare. Muscat is resolute, saying, "We are determined to make our island once again the hospital of the Mediterranean." Already a rising global player in pharmaceuticals, Malta aspires to lead in the field of healthcare as well.

When interviewed, Malta Enterprise executive chairman Camilleri had some closing thoughts regarding the national pharmaceuticals sector. His message is uncomplicated, and sincere: "We are a small country, but we are quick to deliver, efficient, and offer specific competitive advantages to ensure the long-term sustainability of the industry. The vast majority of our foreign projects come to Malta, and then grow and consolidate through Malta." Maltese investors have and will attest to his words—and foreigners contentedly flourish praise on Malta.

Malta too flourishes. It constantly advances its ambitions: Already a generics hub, it will also become a true research hub. Already satisfying the healthcare needs of its own, it will also satisfy those of the world. Its past and prospective initiatives, under the umbrella of the Government's Vision 2015, pave the way.

Small is genuinely beautiful on this Mediterranean island. The aims of its people, certainly, are cosmic. These are Malta's parting words. 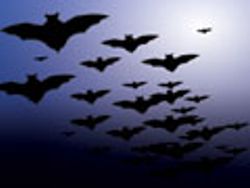