Randi Hernandez was science editor at BioPharm International from September 2014 to May 2017.

Juno Therapeutics released a statement on Apr. 6, 2015 announcing that the company has reached a settlement with Novartis over the T-cell manipulation technology used in the creation of chimeric antigen receptor T-cell (CAR-T) immunotherapies. The litigation originally began as a contract dispute in 2012 between St. Jude Children’s Research Hospital and the University of Pennsylvania (UPenn) and was expanded to include a patent titled “Chimeric Receptors with 4-1BB Stimulatory Signaling Domain.” Juno became a party to the litigation through a 2013 license agreement with St. Jude to use the patent. Novartis entered into a partnership with UPenn to develop CAR-T therapies in 2012.

As a result of the settlement, Novartis will pay Juno $12.25 million upfront and will pay Juno milestone payments and royalties from net sales of product candidates in the United States and royalties from payments from Novartis to UPenn on global sales. Juno will share the payments with St. Jude based on terms of their contract together. The candidate in question-Novartis’ CTL019, which targets CD19-is the first of many CAR-T projects the company has in development.

Novartis is also in CAR-T manufacturing collaborations with Oxford BioMedica and Aduro Biotech. Juno is in a separate research partnership with Fred Hutchinson academic group on T-cell therapies targeting the same co-stimulatory domain (4-1BB) and same vector delivery vehicle (lentiviral) as in its work with Novartis. Juno is also collaborating with Memorial Sloan Kettering on a retroviral CAR-T model with CD28 as the co-stimulatory domain. Juno was formed in early 2014 with $120 million in financing to commercialize therapeutic discoveries by scientists at three institutions: Memorial Sloan-Kettering Cancer Center (MSKCC), the Fred Hutchinson Cancer Research Center, and the Seattle Children's Research Institute. The therapies in development are already being tested in clinical trials at all three hospitals.

A Step Closer to 3D Printing for Personalized Medicines

A Single Source of Truth for KOL Mapping 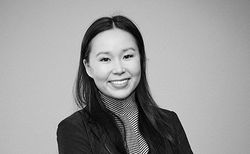 Developing a “Diversity Mindset” for Change in Pharma