The public outcry for action to address opioid-related addiction and deaths has intensified demands for change in the prescribing, dispensing, labeling, and marketing of prescription pain medications. So far, more informative drug labels, prescriber education, and pharmacy monitoring have failed to reduce abuse, now linked to more than 30,000 deaths a year.

To address these issues more directly, the White House has requested an additional $1.1 billion to support local and state drug treatment programs, including increased patient access to addiction treatments buprenorphine and naloxone. One consequence of cracking down on prescription drug abuse, unfortunately, has been a notable increase in the use of heroin and the even more dangerous illegal drug fentanyl, which has boosted demand for drugs to counter overdoses.

New guidelines from the Centers for Disease Control and Prevention (CDC) advise physicians to limit opioid prescriptions to only three-day supplies for individuals with severe pain that can’t be managed with less dangerous analgesics. States are establishing prescribing limits on opioids, and a new Massachusetts law requires drug manufacturers to collect and dispose of unwanted controlled substances to prevent diversion.

Pharma companies also face blame for driving the abuse epidemic through promotion of more powerful pain treatments, and some states are filing lawsuits that charge manufacturers with marketing dangerous pain medicines as safe and effective. Endo Pharmaceuticals, for example, recently paid a $200,000 fine to New York for allegedly claiming greater safety for the AD features of its Opana ER.

There’s also a proposal that seeks to fund substance abuse treatment programs through fees collected from opioid manufacturers related to the strength of their medications; another bill would extend exclusivity and offer other incentives for industry investment in R&D on safer pain medicines.

The challenge for industry and for regulators is to curb overuse and misuse of these effective, but dangerous medicines, while also meeting demands for treatment for the millions of individuals suffering from genuine chronic and acute pain. One strategy is to develop new pain medicines with abuse deterrent formulations (ADFs). FDA has approved approximately 35 extended-release/long-acting (ER/LA) therapies and five ER products with abuse deterrent features, but these medications are expensive and comprise only 10% of the market. About 90% of opioid prescribing is for some 175 immediate-release (IR) products, including more than 100 generics. One response is to encourage the development of less costly generic versions of long-acting ADFs, as well as and new non-opioid compounds able to manage pain more safely and economically (see sidebar on next page).

Meanwhile, FDA is implementing an Opioid Action Plan, released in February to assure Congress that the agency can and will do more to ensure safer use of these powerful drugs. In the process, this initiative helped pave the way for Senate confirmation of Robert Califf as FDA commissioner. The Action Plan includes broader FDA consultation with advisory committees on the approval of new opioid formulations, stronger boxed warnings on drug labels, easier access to treatments for opioid overdoses, and expanded development and use of ADFs, including generic versions of these advanced treatments (view here).

To meet these goals, FDA has scheduled numerous meetings with outside advisors to consider the regulation and approval of new analgesics, especially those for children. At a March 1 session of FDA’s Science

Board, Califf and agency officials sought advice on developing more effective pain treatments, including ADFs. FDA’s pediatric advisory committee discussed pediatric development plans for prescription opioids at a meeting in April and will explore the issue in greater depth at a two-day session in September. In May, advisors are reviewing an application for an IR product that claims abuse-deterrent properties. Another meeting that month will examine the effectiveness of the agency’s current risk evaluation and mitigation strategy (REMS) for ER/LA opioids and whether to extend the program to the much greater number of IR products. And in June, two expert panels will jointly weigh applications for two new ER painkillers featuring AD properties.

FDA also seeks to strengthen warnings on the labels of all IR opioid products, similar to labeling changes made for ER opioid analgesics in 2013. A new policy published in March will include boxed warnings on labels to heighten prescriber awareness of the high risk of misuse, abuse, overdose and death associated with these therapies (view here). The revision further cautions women not to take these drugs chronically during pregnancy and calls for both IR and ER painkillers to carry safety information about the risk of drug interactions that can have serious adverse effects. Yet FDA stopped short of setting specific dosing recommendations or maximum doses for pain medications, despite pressure to do so from state and public health authorities.

Jill Wechsler is Pharmaceutical Executive’s Washington correspondent. She can be reached at jill.wechsler@ubm.com 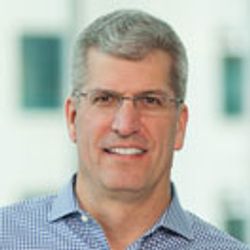 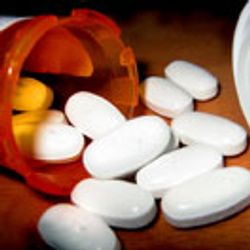