The headlines are about layoffs, but some segments of pharma are still hiring. Pay, meanwhile, tightens.

Quality over quantity, a more tenured sales force, and yes, even some exciting double-digit growth were bright spots for pharma in 2008, a year which saw company giants begin to rightsize their sales forces and pull back from the "arms race" mentality. The number of reps dropped by as much as 8 percent by May, when the Hay Group Annual Sales Force Effectiveness Study was conducted—signaling, for many companies, a more turbulent year ahead.

With these reports, amid economic uncertainty, one might speculate that those who are employed are staying put. The fact is that even with fewer sales reps overall, they're still in demand ... and they're still on the move. Certain segments of the industry are expanding—a fact not lost on sales staff, as voluntary turnover has remained high, or even increased, among some employee groups. In this environment, companies dare not become complacent in policies to retain top performers. In fact, applying extra rigor to human capital during an economic downturn can deliver a sustainable advantage.

Interestingly, the sectors that are expanding are doing so very rapidly, at a rate reminiscent of Big Pharma's bygone era. Just look at biotechs: Despite the much-publicized layoffs, almost every biotech participating in the survey expected to increase its sales force by 15 percent or more in 2008. About half of all specialty pharmas planned to expand at that rate, as did just over 40 percent of small and mid-sized companies. Growth of hospital and specialty reps was projected to slow, but still see double-digit increases—15 percent and 17 percent, respectively. So, the growth is not hard to find, if you know where to look. (See "Selective Expansion").

Growth is not hard to find, if you know where to look-namely, outside of Big Pharma. Meanwhile, as the economy and healthcare industry began to show some cracks, fewer reps expect to voluntarily leave their jobs.

As the overall size of the sales force shrinks, several trends are apparent. For instance, sales reps and managers have become more tenured. During the hiring frenzy a few years ago, 40 percent of district managers had less than 18 months of experience in their positions. Today, about 80 percent have at least two years of relevant sales experience.

Industry experience is a key attribute for candidates, and 95 percent of surveyed companies say they aren't shy about poaching reps from other firms. That fact alone suggests pharma is now a harder industry to break into for college graduates—and others. While 28 percent of respondents use contract sales organizations (an increase from 20 percent in 2007), almost one-third report that they never (or infrequently) recruit contract reps into full time positions.

Generally speaking, there is an inverse relationship between the strength of the economy and the rate of turnover; the tighter the job market, the lower the employee attrition. Because data for the survey were collected in May (before the cracks in the economy really started to appear), and because certain segments of the industry are expanding at a healthy clip, it follows that the voluntary attrition rate within sales jobs remained high in the 2008 study. At the time of the study, voluntary turnover was expected to stay at 2007 levels.

Hay Group research has repeatedly demonstrated that pay is the primary reason why high performers leave jobs—which are the very people companies want to retain. This explains why 81 percent of surveyed companies have implemented new retention initiatives, and why about half have formal procedures in place to retain high-potential employees, up from 22 percent in 2005.

Pharma has long been a lucrative industry for salespeople. But the 2008 Hay Group survey reported a leveling off of reps' total compensation—and for the first time this survey noted that salaries had even begun to slip. The median total cash compensation for a sales rep in 2008 is $96,700, compared to $97,000 in the prior year—certainly down, but still higher than the $74,400 payout in other industries, according to Abbott, Langer Association Surveys.

Interestingly, reps' base pay is still growing. The median base salary for a sales rep is $74,500, up from $72,100 the prior year. This shows that companies increased the proportion of total compensation contributed by base pay, as opposed to bonuses. (See "Base Pay as a Percentage of Total Compensation") Just last year, base pay made up 74 percent of the average total compensation package. This year, companies reclaimed some of that risk, and base salary now hovers around 77 percent of the total package. This shift is seen primarily with specialty and small to mid-sized companies—the segments that are doing the most recruiting.

Reps total compensation packages level off, and for the first time salaries have even begun to slip. The culprit is not the base pay-which continues to rise-rather, companies are awarding fewer bonuses.

How companies arrive at their pay structure is also telling. Just five years ago, half of all companies targeted the 75th to 90th percentile of the market median when setting their total cash compensation for reps. Now, firms clearly feel less pressure to stay ahead of one another, and that percentage has dropped to just 26 percent. The majority (59 percent) target the market median for reps' total cash compensation.

Most participating companies continue to use salary structure adjustments (modifications to salary ranges to bring them in line with the market) as a method to attract and retain sales talent. But the percentage that do so has declined for the past few years. In 2006, it was 90 percent; in 2007, 84 percent; and in 2008, 74 percent. The average salary structure increase for all employee groups was 3.3 percent in 2008, down slightly from 3.7 percent in 2007.

Merit increases for pharma continue to exceed the average for other industries. Pharma provides a 4 percent increase for performance, compared to 3.5 percent in other sectors. This rate remains unchanged from 2006 and 2007.

The industry mostly judges its sales force quantitatively-through scrips and market share. But qualitative measures also matter, with companies lowering daily sales call quotas for all but primary care reps to give the field force a chance at building more valued relationships.

Nearly all respondents (94 percent) look at performance to determine merit increases. They use bonus results in the calculation 9 percent of the time (down from 15 percent in 2005), and conformance to core values 51 percent of the time (up from 31 percent the previous year). Other factors include team skills and compa-ratio calculations. The reliance on compa-ratios, which divide an employee's base salary by the salary midpoint, decreased from 45 percent in the prior year to 29 percent.

Positioning the Bar: Quality Over Quantity

One of the most interesting findings was that companies have lowered their daily call targets for all positions except primary care reps, who are expected to make an average of 8.4 calls a day. The most dramatic changes are for calls on corporate/national accounts and regional accounts, where the daily targets changed from 4.5 to 2.5 and from 4.1 to 1.3, respectively. These lowered call quotas reflect the time it takes to build strong and lasting relationships. The changes may also indicate that companies are moving away from counting sales calls, and focusing more on the quality of the call. It is no surprise companies are asking, "What is our ROI from these and other selling and administrative expenses?"

Pharma sales comp plans have never been—and never will be—simple. To be accurate and fair in determining rewards, employers have intentionally built checks and balances into incentive plans, often to the point of over-engineering them. Research has shown that plans that incorporate more than three variables lack the focus needed to inspire and direct employee behavior.

Most reps are eligible for a sales incentive plan after working for two months, suggesting companies are eager to usher sales people into productive roles quickly. (Five years ago, the average waiting period was three months.) Also, to the extent that companies hire seasoned reps from competitors, they can accelerate the training period. The average territory vacancy rate has decreased from 9 percent in 2007 to about 3 percent in 2008. Vacancy rates are higher in the small to mid-sized companies, which goes hand-in-hand with their expansion.

Long-term incentive plans reward longevity, and 64 percent use them. More reps are now eligible for equity plans. The most popular are non-qualified and incentive stock option plans, which grew in popularity from 40 to 75 percent.

The most common source of qualitative data is management evaluation. For district and regional managers and sales reps, performance is also measured by selling skill/call quality and call average/frequency. This year, there is more emphasis on territory management (51 percent, up from 30 percent), formulary access (28 percent, up from 20 percent), and staff development (25 percent, up from 13 percent). Most firms (80 percent) require reps to meet a threshold to receive a payout. But across the board, firms have become more inclusive: Reps' and sales managers' thresholds are 80 percent of quota (down from 85 percent in 2007) and 83 percent for NAMs and RAMs (down from 85 percent and 90 percent, respectively).

On the other hand, companies have lowered the cap for payouts. Last year, the max payout was 200–225 percent of target; in 2008, it was 163–200 percent. The top 10–15 percent of performers typically achieve 110-120 percent of goal. Firms are also distributing incentives more promptly. Only 12 percent pay three times a year, while 68 percent award quarterly and 10 percent pay monthly (an increase from 4 percent).

Companies allocate between 1 and 19 percent of their incentive comp budget to non-cash rewards (the average is 7 percent), although research has found contests and other non-cash incentives are highly motivating. The most common award remains the "President's Award" (which recognizes top performers), offered by 75 percent of companies. On average, 11 percent of sales reps and 10 percent of district managers qualify for it. Trips are still a popular sales award, and approximately 80 percent of companies offer them.

Sales force growth is uneven right now, so recruitment goals differ from one sector—or company—to the next. The companies that are expanding have access to a ready pool of candidates from companies that are downsizing. Smaller firms—the very groups that are hiring now—often are attractive for the greater autonomy, enhanced visibility, and wider scope of responsibility they offer. They need to walk a fine line between the growth that comes with success and maintaining the small-company atmosphere.

The first step in reducing future turnover rates is to understand why salespeople leave an organization—typically, because they are presented with a better opportunity. But opportunity doesn't always mean more pay; rather, it's responsibility and advancement potential for a position.

Given the current environment in Big Pharma, many reps naturally have mounting concerns about the sustainability and stability of their employers—obviously a concern that cannot be countered by a well-conceived compensation plan alone.

Carrie Fisher is Consultant and Project Director of Hay Group's Pharmaceutical Sales Force Effectiveness Study. She can be reached at HayRxSFE@HayGroup.com

ABOUT THE STUDY: Hay Group's Annual Sales Force Effectiveness Study, now in its 18th year, is designed to diagnose the culture, policies, and practices within pharmaceutical sales organizations and to identify factors that either hinder or support sales performance. In May 2008, 42 pharmaceutical and biotechnology companies representing a broad cross section of the US market participated. About half of the responding companies classified themselves as small to mid-sized companies; 25 percent as specialty manufacturers; and the remaining 25 percent as biotechnology firms and "big pharma." This mix has given us insight into the pockets of the industry that are experiencing above-average employment growth. Data were collected on almost 80,000 incumbents holding 81 different types of positions within sales, marketing, sales operations, sales administration, and medical affairs. 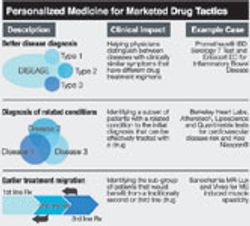 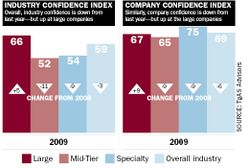