Who Pays for Specialty Medicines?

Providers and patients fish for that delicate balance between access and abandonment.

Do higher patient co-pays impede access to the best that modern medicine has to offer in the specialty segment? It's more than an abstract question: big money is at stake as pharmacy benefit managers (PBMs) campaign to block efforts by specialty drug manufacturers to defray patients' out of pocket prescription costs through co-pay offset coupons and other discount programs. United Health Care's Specialty Pharmacy group has issued the latest salvo from the PBM community, barring as of January 1, 2013 the redemption by innetwork pharmacists of manufacturer-sponsored offset coupons for six key specialty medicines, including the Abbott blockbuster Humira.

In an interesting and potentially useful contribution to the larger debate on how best to manage the cost of these life-saving drugs, strategy and analytics consultant the Amundsen Group has conducted an intensive data analysis to gauge the impact of patient co-pays on access to specialty therapies.

The not so subtle conclusion? Insurers, by discouraging specialty prescribing and pushing patients into using lower cost medicines, may end up being penny wise and pound foolish. In the following summary of their findings, two Amundsen principals argue for a policy reset on benefit design for specialty medicines, taking into account the system-wide cost implications of drug therapy foregone. —William Looney, Editor-in-Chief

Although used by a small number of patients, specialty drug therapies are attracting attention because, while they represent a major advance in medical care, their high out-of-pocket costs can cause a financial burden for consumers. These costs may create a disincentive to finding the most appropriate therapy for the individual patient. Even when specialty medicines provide important new treatment options, high cost-sharing causes a substantial share of patients to abandon these medicines at the pharmacy counter.

Health insurance is intended to protect against the risk of major financial loss to specific individuals by spreading the cost of low probability, complex and treatment-intensive diseases over a large population. Numerous surveys show that spending for medicines, compared to hospital stays and other healthcare services, is frequently concentrated in a small share of the population. Analysis of a recent Express Scripts Drug Trend Report and other studies show that specialty drug therapies are used by less than 5 percent of US patients, primarily those with severe chronic or life threatening diseases, and these medicines represent a small share (13 percent or less) of total health plan costs. Similarly, a small number of hospital admissions account for a sizable share of spending. The most costly 5 percent of US hospital stays represented 32 percent of total charges and had an average charge of about $18,000 per day in 2008. In Medicare, the most costly 5 percent of beneficiaries account for about 40 percent of expenditures, the majority of which are for hospitalization.

In recent years, many health benefit plans have changed formularies to create new "specialty tiers" requiring higher cost sharing—typically coinsurance—for specialty medicines. The outcome is that health plans impose a high out-of-pocket burden on sick patients who need specialty tier medicines, rather than spreading these costs across the broader population, as insurance should. It would clearly be inappropriate to require patients needing lengthy or complex hospital stays to pay a higher share of their total costs than other patients. Yet the concentration of costs on the sickest patients is the practical effect of specialty drug tiers. Simply put, our research shows that this practice has an adverse effect on patient access.

What are specialty medicines? Many innovative therapeutics that treat serious medical conditions have earned the designation as "specialty medicines." They often address the root causes of disease, for instance by targeting a particular protein through antibodies or gene expression. They may tailor a treatment to an individual patient's physiology and risk factors. Many are biotechnology-based products that are made in living systems (e.g., cells, tissues), require special precautions or methods of administration, or treat small but severely ill populations, and thus bear higher prices than traditional medicines.

Health plans commonly use prior authorization to manage the use of specialty tier therapies and ensure that treatment is appropriate. Reliance on percentage coinsurance on the specialty tier, rather than fixed dollar co-pays, is also a widespread practice. Kaiser/HRET's latest Employer Health Benefits Survey shows that in the commercial market, coinsurance on the specialty tier averaged 32% in 2011. Many commercial plans do not offer any annual limit on out-of-pocket spending for outpatient medicines, including for medicines on the specialty tier. In Medicare Part D, patients who don't qualify for low-income subsidies usually pay 25 percent or 33 percent for a specialty tier medicine in the initial coverage phase. Part D plans may deny patients the ability to seek lower cost sharing for specialty medicines (tiering exceptions), a protection available for non-specialty tier medicines. Once patients reach catastrophic coverage, however, they pay no more than 5 percent.

Why does this cause concern? Patient advocates, members of Congress, and others have expressed concern regarding the impact of specialty tiers on out-of-pocket cost and medication use. For example, research on oral oncology medicines recently published in the Journal of Oncology Practice found that Medicare patients with co-pays of $500 or more were four times more likely to abandon these therapies than patients charged $100 or less.

We evaluated the impact of out-of-pocket (OOP) cost on access to specialty medicines for enrollees in Medicare Part D, using patient-specific, de-identified longitudinal claims data that capture the sequence of steps in pharmacy transactions. First, we assessed the cost burden in 2011 for Part D enrollees in three therapeutic areas: rheumatoid arthritis (RA), multiple sclerosis (MS), and oral oncology. For each therapeutic area, we determined patients' actual out-of-pocket costs for Part D prescriptions filled in 2011 that had no secondary source of payment. Because one specialty prescription claim may span several Part D coverage phases, we estimated monthly OOP costs in each coverage phase by applying phase-specific coinsurance rates to the total cost per product.

We then evaluated whether behavior of new patients is affected by the OOP costs they face at the pharmacy. We measured the proportion of Medicare patients without a low income subsidy who did not fill (abandoned) their first approved prescription for a specialty medicine during 2009 through 2011. The analysis was restricted to prescriptions approved in the initial coverage phase for patients new to a specialty therapy (i.e., with no prescription for the product within the previous 12 months). We assessed abandonment by OOP cost at three time points: the initial approval date, 30 days, and 90 days thereafter.

Second, we asked if OOP cost matters—and does it affect patient behavior? Across all three therapeutic areas, more than half of patients starting treatment with a medication covered on the specialty tier abandoned their prescriptions at the pharmacy. The total proportion of new patients who abandoned their first script was 56 percent for RA patients, 55 percent for MS, and 53 percent for oral oncology (see figure). These rates were substantially greater than the abandonment rates below 20% that we observed during the same time period for traditional oral therapies that treat chronic conditions such as high cholesterol and Parkinson's disease.

And abandonment of specialty tier medicines went up as patient out-of-pocket cost increased. Most new RA patients faced OOP cost of $100 or more, and their abandonment rate (52 percent and higher) was more than double the 11 percent and 21 percent seen in cohorts paying less than $50 and $50-$99.99, respectively. For new MS and oral oncology patients, the first jump in abandonment occurred when OOP cost reached $250 or more.

To make sure high abandonment wasn't a transient phenomenon, we reassessed rates at two additional time periods. Longitudinal data showed progressive slight improvement in fill rates after 30 and 90 days, with abandonment decreasing in several cost cohorts. However, overall abandonment rates remained high even after 90 days, dropping by only 8 to 10 percentage points to 47 percent for RA and MS patients and 43 percent for oral oncology patients.

Analysis of Medicare claims demonstrates that patients on specialty tier medicines face high out-of-pocket costs. High cost sharing impedes access to these medicines, causing a large proportion of new patients to abandon therapy. In some instances, patients may be able to choose an alternative treatment, but our analysis shows that many patients are not initiating therapy that their doctors prescribed and their plans authorized. Delaying or foregoing treatment can have serious health consequences and result in higher overall health costs. As health plans design prescription drug coverage, it is crucial to assure that benefit designs spread costs across the entire insured population, rather than concentrate the highest costs on a small subset of patients who may be forced to abandon needed prescriptions for specialty tier therapies.

Author's Note:The authors appreciate the data analysis conducted by Christopher Katz and William Aubin of The Amundsen Group. This research was funded in part by the Pharmaceutical Research and Manufacturers of America. 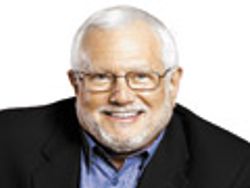 Agencies and Clients — Dealing with a Break-Up