Dealing with discrimination and bias throughout her career, Otsuka Pharmaceutical’s Christine Sakdalan has forged a strong leadership path built around a two-pronged mission—finding true meaning in the patient journey through market research and data analytics, and mentoring and supporting the development of today’s aspiring professionals.

Christine Sakdalan, vice president of customer engagement strategy and solutions for Otsuka Pharmaceutical, and CEO and co-founder of Momentum & Value for People of Color (MVP), never saw obstacles, only opportunities, on her career path. If she experienced any systemic bias because of her ethnicity (Filipino) or gender (woman), she didn’t let it stop her. Sakdalan looks back over her successful career and says, “Sure, I experienced discrimination and unconscious bias. People would ask me where I’m from. And I would say North Jersey. But they would persist with, ‘Where are you really from?’” Sakdalan laughs. “I’d say, oh you mean my hometown!”

Sakdalan attributes her confidence and belief in herself to her upbringing. “My parents spoke such confidence in me. My dad, as far back as I can remember, whenever I would walk in the door, he would say, ‘How’s my little chief executive officer?’” says Sakdalan. He also told her to enter a room like she owned it. She surmises that maybe he thought she would face problems as a shorter, Asian woman.

Sakdalan did well academically and wanted to pursue her interest in television broadcasting in college, but her father insisted she pursue computer science instead in order to land a job upon graduation. While Sakdalan didn’t enjoy her college major, her father was right because indeed she landed a job right away.

She graduated from Rutgers University with a computer science and business degree, then began working as a systems analyst with Pfizer, and soon moved to Novartis (Sandoz at the time) to do market research, and sales and market analytics. She moved up to the executive director position, and the chief marketing officer asked her to rotate onto the marketing side. Sakdalan was hesitant, thinking it may be a backward move, but she jumped in, and experienced many commercial roles. “I’ve loved it ever since,” she says.

“What I loved was narrowing down to uncover the business problem that you’re trying to solve for, doing something strategic and creative at the same time, and seeing the results,” explains Sakdalan. “At Novartis—and it’s true for many companies—marketing is the hub, working with all different entities and influencing people. I really had fun with it because I saw the impact to the business and patients.”

Lamisil, an oral treatment for onychomycosis or nail fungus, was Sakdalan’s first brand success. As sales were dropping, the company thought it was time to make it an OTC product. Sakdalan looked at the problem, leveraged her market research and analytics background, and found that it was counterintuitive to take a pill for a visible problem. But, reasoning that infection is internal and people needed to see that infections are on the inside, her team created the “Digger the Dermatophyte” campaign, eventually bouncing back sales to over a billion dollars. Digger, an “evil” yellow animated nail infection fungus, who pulls the toenail back to live underneath with his equally horrifying dermatophyte friends, portrays the internal infection. Sakdalan shares that Digger also translated well into educational campaigns overseas.

A larger part of uncovering a problem is understanding the patient journey, a concept Sakdalan applied while at Novo Nordisk, where she spent seven years after Novartis. Sakdalan says, “At Novo Nordisk, I [addressed] how do we understand the entire journey of the patient from the time that they get diagnosed—or even before they get diagnosed? What is the awareness piece, and how do you then solve for the different unmet patient needs in an integrated and relevant way?”

By way of example is how Sakdalan introduced direct-to-consumer (DTC) advertising to the company, which, like most European-based pharma companies, had no experience with DTC. Sakdalan says: “I vividly remember market research where I sat across a lady—a diabetes patient for 50 years—and I asked her if she ever heard of Flexpen, Novo Nordisk’s prefilled injectable insulin pen for diabetes. She literally cried, and then became angry.” The woman shared that she had been asking her daughter to inject her insulin all these years and felt as if she was a burden, when she could have been easily injecting herself with their product.

Sakdalan was able to convince the company that information directed to consumers about the product wouldn’t be promotion but education. She called it DTP4 for direct to patient, pharmacy, physician, and public relations—a holistic and integrated approach. “We were educating them on the availability of the pen, and it resulted in blockbuster results,” she says. “It gets to the same storyline that when you find the right insights through market research and the data analytics, then you find that one gem that you could hang on to.”

What else Sakdalan hangs onto is the meaning of that patient’s journey. She says working on Lamisil was fun, but helping people who had lived a long life of feeling like a burden—such as the woman living with diabetes—was more meaningful.

At Janssen, she enabled new organizational capabilities to prepare for the launch of a new treatment with a new delivery model in major depressive disorder (MDD) and to support the growing neuroscience franchise while maintaining double-digit growth for existing brands. And, similarly at Otsuka in the neuroscience business unit, Sakdalan is again working on treatments for diseases that have meaning and truly transform people’s lives. Her brother has schizophrenia. Her mother died of Alzheimer’s disease. Many of her immediate family members suffer from depression. And her brother is now taking a long-acting injectable, which enables him, for the first time in his life to live, on his own. “My only wish is that he could have been on a long-acting injectable sooner,” says Sakdalan, since he has lost much brain function from the disease. “That is why my work has meaning.”

Essentially, Sakdalan has excelled at transforming how teams become more patient centric and focus on engaging customers in a more meaningful and relevant way. Currently, she leads the commercial field team, customer strategy, and regional operations at Otsuka, working collaboratively with market access, patient experience, regional marketing, and other partners.

Meaningful and impactful work, a stellar career track record, two children raised through college into their own careers—what else could Sakdalan want?

A series of negative interactions with a (male) direct supervisor while she was a senior executive set in motion a realization that had not been yet acknowledged. “I thought I did something wrong,” says Sakdalan of her supervisor’s behavior toward her. “In speaking to my friends and colleagues, I realized it was so overt, but I didn’t even recognize it. I had to step back and say, ‘This is so wrong on so many levels.’” She had the feeling that if she were being discriminated against—someone who had amassed career success, a family of personal cheerleaders, a high-level officer in the company—and still faced overt hostility in the workplace, how would others more junior in their careers or without those support systems fare?

Sakdalan thought of her own adult children and the help and guidance she provided because she knew how to navigate the system. She thought of the children who didn’t have that guidance. She thought of junior-level colleagues who may have a lack of empowerment. “Honestly, it was the pinnacle,” she says. “I started thinking what else can I do? I need to do something positive and impactful that allows for others to have a voice and to have a chance in corporate America.” In 2020, she and two others founded MVP and launched it in 2021.

The mission of MVP (https://www.mvpoc.org) is to “help young people of color prepare, perform, progress, and prosper” in their education, leadership, and early professional careers.” MVP’s target age range is sophomore through senior year in college. After much market research and foundation building, Sakdalan says the program has had a successful two years. Its first 10-person cohort of MVP fellows each received internships, and the second cohort has an additional 12. Sakdalan has seen at least two of the fellows who were initially very shy, now brimming with confidence by the end of the program.

While the program is not intended to be specific to pharma or healthcare, current MVP supporters and partners reside in those fields. They include CMI, Cult Health, Fingerpaint, Health Monitor, Jazz Pharmaceuticals, Johnson & Johnson, Otsuka, Pack Health, Phreesia, POCN, and Relevate. While the internships and those placements have progressed extremely well, Sakdalan believes that MVP should build on and invest more in providing the support services, programs, and workshops that will help MVP fellows prepare, perform, and progress in their early career to further fulfill the MVP mission. To that end, MVP recently named an executive director to build out and implement its three-year strategy.

Sakdalan is reaching out to companies that have a shared passion and vision for diversity, equity, and inclusion (DE&I), and hopes to encourage multi-year sponsorships, so that MVP can have a level of sustainability and efficiency for programming and impact. “I see us as the go-to nonprofit organization when companies are bringing in their diverse interns and young talent, and they need mentorship as well as a more solidified way to help support and develop them.”

Lisa Henderson is Pharm Exec's Group Editorial Director. She can be reached at lhenderson@mjhlifesciences.com.

A World of Opportunity 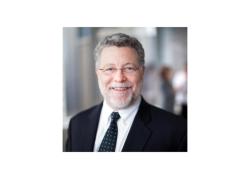 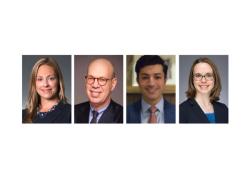