In 2014, mergers and acquisitions (M&A) among pharmaceutical and biotechnology companies hit a record-high deal value of ~$219 billion,1with ~220 deals completed. Yet in 2016, total deal value dropped to half that number, with $104 billion in total value and 200 agreements completed. With passage of US tax reform legislation, which generated tax savings and lowered barriers to repatriation of overseas cash reserves,22018 was anticipated to be the return of major deal activity.3,4 However, halfway into 2018, M&A activity still looked relatively modest compared to 2014.5

This reluctance for major spending is not surprising given that biotech/pharma asset valuation is higher today. From 2013–2015, biotech companies benefited from an IPO boom, with high valuations and soaring stock prices. In 2015 and 2017, venture capital funding and follow-on public offerings reached new highs, providing additional sources of funding.6Altogether, biotech companies now have many more profitable alternatives to raise capital than selling or licensing assets, which means companies looking to acquire or license assets can expect to see a higher price tag. With this shifting landscape, portfolio decision-makers require additional tools to identify overvaluation risk.

Key valuation risks are technical and regulatory success. PTRS (probability of technical and regulatory success) is often used to approximate the potential risks of pre-market factors, ranging from likelihood of asset failure in clinical trials to likelihood of regulatory approval. A composite factor is generated based on the level of risk in areas such as clinical evidence (clinical target validation, drug class, mode of action novelty); trial robustness (including patient population used, selection strategy); and trial design (trial complexity). Notably, the risks according to these factors are highly variable between therapeutic areas.

Ultimately, PTRS can be integrated into an asset’s valuation to understand the impact of this risk on net present value (NPV),  and create a more risk-adjusted view of an asset’s worth. However, PTRS primarily accounts for risks from the research and technical perspective. On the commercial side, there are no standardized mechanisms for assessing risk. We propose that portfolio decision-makers consider pricing and access risk in a similar manner to PTRS, since gaining access through payers is viewed as similarly critical to regulatory approval.

Payers across global markets are becoming more selective about which drugs to cover/reimburse. Additionally, payer consolidation in the US means that insurers now have more power in the healthcare market. Therefore, payers have significant negotiating power over manufacturers in pricing, contracting, and access conditions. When even paradigm-shifting drugs such as immunotherapies (e.g., PD-1s) face payer challenges to access, pricing and access success cannot be assured.

Through the course of negotiations, new products may require discounts as high as 70% to 85% off the US list price. Additionally, some payer agencies will delve into clinical trial data and restrict reimbursement to subgroups not intended by the manufacturers, further cutting into revenue (see Figure 1 “Subgroup benefit only” column).

Although US payer scrutiny is not at the level of Europe and other markets, payer pressure in the US is increasing as payers consolidate and exert their influence. Currently, the four largest national payers (Anthem Blue Cross and Blue Shield, UnitedHealthcare, Aetna, and Cigna) reportedly cover at least 85% of the US market, vs. 74% in 2006. Payer dominance is even greater on a local level. According to a report by Community Catalyst, citing data from the Kaiser Family Foundation, Blue Cross Blue Shield controls 93% of the commercial health insurance market in Rhode Island, 91% in Alabama, and 89% in Vermont. This gives the payer virtual monopoly power over the health insurance markets in each of these states. There is no signal that payer consolidation will stop anytime soon. In fact, the recent mergers of four of the largest US payers (CVS/Aetna and Cigna/ESI) indicate that consolidation will likely increase. With this new level of influence, payers request more concessions from manufacturers to gain market access, especially if a new product triggers budget impact concerns (e.g., PCSK9 inhibitors).

With these shifts in the payer landscape, pricing and market access are now C-level topics. In 2016, when the Tufts Center for the Study of Drug Development released R&D cost estimates, the authors acknowledged “efforts to gather health technology assessment (HTA) information” as a key factor driving costs associated with bringing drugs to market.

The 2017 Global Life Sciences Study by Simon-Kucher  found that in the most commercially successful companies (classified based on several key performance indicators, including EBITDA, hit rate of innovations, etc.), the C-suite provides clear guidance and direction on pricing decisions. Additionally, these companies more often have defined pricing roles and responsibilities, and dedicated processes, than other organizations surveyed in the study. Highly profitable companies (defined as EBITDA >20%) are also more likely to consider payers’ decisions and needs in early product development, compared to less profitable companies.

The study also found that involving the pricing and market access team in business development opportunity assessments, such as partnerships and licensing, was of high importance. However, only 32% of companies currently do so. The key reason that most fail to do so is a lack of alignment between senior management and other departments on the importance of pricing and market access, and low awareness of the internal resources and capabilities.

Thus, similar to PTRS, pricing and market access risk should be considered a key step in portfolio decision-making. A lack of pricing power, failure to gain coverage with a payer, or access in hospitals can lead to millions of dollars lost in potential sales for the company (see case study example below).

To assess pricing and market access risk, we propose integrating a new metric, PPAS (probability of pricing and access success) into portfolio planning and decision-making.

PPAS is a measurement of the asset’s pricing and market access risk, considering therapeutic area, region, and expected launch timing. Use of PPAS helps to minimize risk of over- or under-valuation, by directly vetting an asset’s likelihood and level of success. PPAS can also help to structure appraisal of assets in markets previously believed to have insurmountable pricing and access risk, but where that risk had never been quantified (only assumed based on anecdotes).

Instead of solely relying on past market experience, PPAS provides a more focused approach to assess the opportunity.

PPAS should be determined as a joint exercise between the portfolio decision-makers and the internal market access and pricing teams. Table 1 below shows the six criteria essential in determining pricing and market access success. Simon-Kucher has tested these criteria against several analogs in various therapeutic areas to validate the applicability and relevance of these factors in measuring risk to pricing and access. These criteria also provide a directional perspective on an asset’s pricing integrity and access risk relative to existing treatment options.

PPAS is determined based on how the asset is expected to perform in the six criteria. These criteria are dependent on the market landscape (competitive environment and market access environment), the asset itself (disease area payer priority and level of differentiation), the asset’s price potential, and an overall assessment, including miscellaneous factors such as internal resources and therapeutic area expertise. Within these criteria are more specific factors, such as the relevant patient population size and the magnitude of improvements in efficacy and safety used to generate the overall rating.

PPAS can be integrated into diligence based on a company’s internal processes. For example, PPAS can be integrated into an asset’s revenue forecast in two ways: 1) Reflect pricing risk through a weighted average gross-to-net calculation, or 2) Risk adjust the addressable patient population. Additionally,  PPAS can also be used to facilitate focused discussions between the portfolio decision-makers and pricing and access teams.

1) In the first method, once a PPAS score is generated, the internal pricing and access team can be consulted to determine how pricing risk should be accounted for. A risk to pricing can be expressed in the forecast in different ways, such as a lower launch price, increased discounts or rebates, or extremely limited price increases in the US. The pricing team should provide input on how it believes the level of pricing risk will translate to an impact on price. Based on the input, the price and gross-to-net assumptions used in the forecast should be modified accordingly.

The importance of pricing and market access will continue to grow as payers scrutinize new products. Integrating PPAS early into an asset’s valuation is a key step to ensuring that value is captured as comprehensively as possible. It also has the added benefit of highlighting the additional work required (asset- or market-related initiatives) to create a more positive pricing and access environment for the product. Investing slightly more time upfront will result in a fuller picture of an asset’s likelihood of success in an increasingly strict payer marketplace.

Take a look at the checklist and think about a recent acquisition or licensing deal that you or your company completed. Based on the asset’s performance in the criteria listed, would thinking about these pricing and market access factors be helpful to you when considering a deal?

2. How the tax low will affect US firms bringing overseas money home (2018), http://www.wsj.com/graphics/tax-repatriation/

4. Analysts cross fingers for the 2018 return of biopharma mega-mergers (2017), https://www.bloomberg.com/news/articles/2017-12-22/analysts-cross-fingers-for-2018-return-of-biopharma-mega-mergers 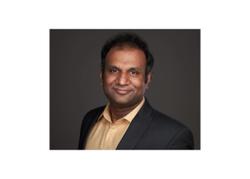 Market Access Speed Is the Next Critical Differentiator for Pharma Manufacturers

Playing the Long Game on Tighter Than Label Coverage