Reinventing the Role of Medical Affairs

As digital technologies transform drug development and marketing, a retooled medical affairs function can be a competitive differentiator.

The most competitive pharma companies in the coming decade will be masters of data and digital technologies. They will generate and analyze vast volumes of real-world data and excel at communicating scientific evidence. Above all, they will help physicians navigate in a far more complex healthcare universe.

That profound shift is already under way. But information channels are changing, and many companies have difficulty communicating science effectively with the growing array of stakeholders that influence purchasing decisions. That shortfall is one reason many new drug launches underperform: 50% of all launches now fail to meet company expectations, research has shown.

Leading companies are upgrading medical affairs to overcome that deficit. Equipped with deep product knowledge and disease understanding, medical affairs teams can become a strategic ace in an era of big data. They are well positioned to generate and present high-quality scientific knowledge to the market and educate stakeholders about next-generation products.

As the demand for real-world evidence grows, those two roles will become increasingly critical to pharma companies’ performance. Physicians already are reducing their reliance on sales representatives and turning to more scientific sources of information. That shift is even more pronounced among younger physicians. In

parallel, the total number of sales representatives has fallen. In North America, pharma salesforce levels have dropped by about 7% between 2005 and 2011 and have leveled off since then. In Europe, they have fallen by 10% between 2006 and 2010.

An experienced medical affairs team can link scientific and clinical results to patient outcomes, adding value at every stage of a drug’s development. When discussing a potential new compound with physicians, payers and key opinion leaders (KOLs), for example, medical affairs teams gather vital feedback on its market potential and patient needs at the earliest stages of the drug development process. The insights they glean over time can improve return on investment and create a strong competitive advantage by helping companies design more effective clinical programs and launches.

From medical affairs to medical value

Why have so few pharma companies started down this path? Most remain focused on products instead of outcomes, and they regard medical affairs staff as technical product advisers. That traditional approach could become a handicap as rivals retrain medical affairs teams to develop scientific evidence and demonstrate to physicians, payers, patient groups and KOLs how new products improve patient outcomes.

Bain research shows that 88% of US physicians and 83% of European Union physicians consider real-world evidence a top criterion in prescribing drugs. But sorting through the vast increase in evidence has become an overwhelming task--physicians, payers and healthcare providers are struggling with data overload. At the same time, diagnostic tools are becoming more sophisticated and drugs increasingly complex. Those developments have increased the need for more transparent data on drug performance.

Leading companies have understood that medical value teams can step into the breach and help physicians, physicians, payers, providers and KOLs make sense of a deluge of data and identify the best use for new products. That approach creates a virtuous circle for pharma companies.

As medical value teams build long-term relationships with a variety of stakeholders, they benefit from continual market feedback and a better, more nuanced understanding of the market and patient needs. At the same time, increased engagement with stakeholders helps pharma companies focus on outcomes.

For example, when a new entrant launched a product challenging a big specialty pharma company, the strong relationship and trust the pharma organization had built with prescribers over many years allowed it to engage in a frank dialogue with them about the competition. By using scientific data, the pharma company’s medical affairs team was able to cut through the marketing noise and profile its product fairly versus the new entrant.

By leveraging deep relationships with prescribers and KOLs and continually collecting feedback and signals from the market, medical value teams can provide critical input to drug development and life cycle management from early identification of promising compounds through post-launch market strategies.

When leading companies initiate a new drug program, their medical value teams provide market-based input on unmet medical needs and clinical requirements, informing the development strategy and evaluation of the clinical and economic potential of a program. During clinical development, they contribute early stakeholder feedback, providing first-hand input on product positioning and the scientific platform.

As companies prepare to launch a new drug, medical value teams develop a strategy for market education. Finally, once the product is on the market, they design and implement data-generation strategies, integrating classical Phase IV studies with real-world evidence and big data analytics.

To do all those things effectively, medical value teams need to be an integral part of crossfunctional product development and product management teams. By working with all pharma functions along the value chain, they help to increase a company’s understanding of unmet medical needs, attractiveness of treatment pathways, value of clinical trial protocol options, speed of regulatory approvals and launch success rates.

A third important role for medical value teams is creating scientific evidence to support drug development, including real-world evidence, in-house data and scientific analysis. A medical value team can help companies cope not only with the sharp increase in demand for independent data but also the steady rise in drug protocols and guidelines and greater transparency requirements. Leading companies deploy medical value teams to integrate new types of evidence and steer collaborations with data providers and big analytics companies.

Digital technologies, in particular, offer pharma companies innovative new ways to engage with customers and collect real-world data at lower cost. For instance, GlaxoSmithKline partnered with Apple in June 2016, using Apple’s ResearchKit app framework to monitor patient progress in a large rheumatoid arthritis trial. The app gathers data on joint pain and fatigue using a mix of surveys and sensor-enabled tests. It’s an early milestone in the medical data revolution, but underscores the capabilities that medical value teams will need in the future.

Biotech companies such as Celgene have led the way by infusing science and medical knowledge in their go-to-market models and creating a pivotal role for medical value teams. By performing multiple trials and giving physicians early access to drugs still under development, these companies spread knowledge about new compounds while gaining valuable expert input. Pharma companies can build on that experience by developing scientific evidence and reaching out to the entire spectrum of stakeholders to demonstrate the value of new compounds. That, in turn, will help shift their focus from products to outcomes. 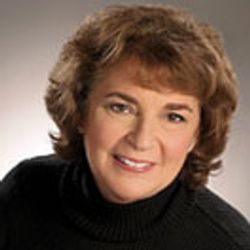 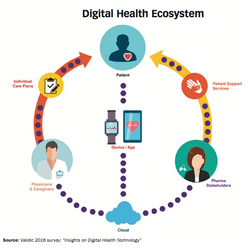 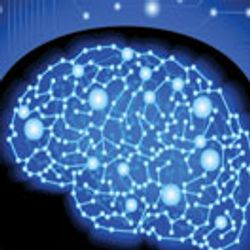 Patient Insights in the Age of AI